Usually I keep my ear out and head up for any new horror films that sound different, or for whatever reason pique my interest. Closer to God went on the checklist of my IMDB account a long while back, before there was ever a trailer, any pictures online. It was just a poster. Not the one I’ve put on here, but a simple red background with a black outlined tree extending its roots out underneath down towards the movie’s title.
I was surprised when I finally got to see Closer to God because, though it’s not a masterpiece by any stretch of the imagination, the film was really interesting. Billy Senese, both writer and director, crafts a decent tale of horror, which acts as a film metaphor for the fears people get over human cloning, genetic manipulation, and the ethical/moral implications and ramifications of these practices. While it very literally tackles the subject, the ideas work well with the horror element of the film. This turns out to be more horror than science fiction, even if it wishes to be more the latter.

Dr. Victor Reed (Jeremy Childs) has completed the first successful cloning of a human being. He creates a baby girl – Elizabeth. She is a full-on experiment; made for research and genetic modifications. Not to mention little Elizabeth is made with the genetics of Dr. Reed/an unnamed individual. Naturally everyone is outraged. People hate what the doctor is doing, but they’ve got no idea what else is going on inside the house.
While the storm of angry people push on, morally outraged by the new cloned baby, another child is causing trouble – Ethan.

The housekeepers at Dr. Reed’s home, Mary and Richard (Shelean Newman and Richard Alford), are trying to take care of this boy, troubled little Ethan, who seems to be proving too much. Things only get more difficult, and it turns out Ethan is growing, he’s hurting, and he might just want to get the hell out of the good doctor’s family home. 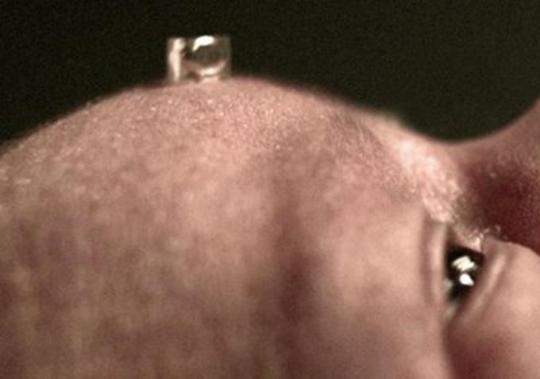 Something I’m a little tired of is all these indie films, horror or science fiction, which try to be the next Frankenstein. I love Mary Shelley – I’ve read the book, loved it, and I even enjoy the Kenneth Branagh starred-directed version. What I’m sick of is the fact that either critics try to claim a movie is drawing from Shelley, or the film itself relies too heavily on those comparisons within the script. I mean, there’s even a point where we see someone hold up a sign that says – you guessed it – FRANKENSTEIN! And someone literally calls Dr. Reed – Dr. Frankenstein.
Plus, Dr. Reed’s first name is Victor. Y’know, it just feels like a thick layer of cheese over top of what could be a good enough film on its own.

It’s a tired, tired comparison. And I get it, the obviousness of it sits right in front of us. I’ve discussed the ethics of human cloning enough via university courses in Philosophy and English Literature to last me a full lifetime.
My biggest issue is that, by relying on the comparison between its own material and Shelley’s Frankenstein, Senese creates an environment where there’s too much reliance on the comparison itself. Frequently the Frankenstein connection comes out, as I mentioned before, and it’s so often that the whole concept becomes annoying. Senese easily created an atmosphere of dread and tension without invoking Shelley, over and over.

When Closer to God really works, though, it works.
A scene truly got to me a little ways in; when Mary (Shelean Newman) goes up to bring Ethan some food. We get a glimpse of him in the corner – you can only barely make out his face, but it is one of pure evil, or emptiness, a void lacking any humanity. He doesn’t make a sound, Mary is clearly unnerved. She leaves, but just as she does and the camera moves back with her Ethan comes running out to the table, smashing things, and screaming in this utterly soul crushing voice that cuts through your skin and your bones. I like to think I’ve seen a lot of horror – in general I’m up to almost 4,100 films in total – but this moment genuinely frightened the shit out into my pants. I was wide-eyed and actually had to text my girlfriend, who is out on a Saturday night unlike her cinephile boyfriend, to tell her how scary the damn scene came off. A great, great bit of subtle horror.

There’s another creepy, brief scene I like, but it’s not nearly as terrifying. There’s an almost horror-beauty to it: Dr. Reed heads out to the gate in front of his house and watches as protesters lob burning plastic baby dolls over and into the yard, just about right at his feet. The way Childs simply stands there, watching these flaming plastic heaps come at him – it’s eerily appealing.

As most of the reviews so far have pointed out, the perhaps greatest part of the entire film is the central performance by Jeremy Childs as Doctor Victor Reed. He is an unconventional looking guy to be the lead of a movie – not that I care because I love movies that feel like their characters are real people. There are just so many perfect moments where Childs pulls off the doctor so well. A great exchange happens after SPOILER AHEAD Mary is killed by Ethan – Victor and his wife Claire (Shannon Hoppe) have a short yet rough argument, and Childs does great work with the dialogue between them. He is believable, and that’s what sells the character of Dr. Reed; no matter how cheerily named after Shelley’s titular doctor he may be.
I think if the lead in Closer to God had to have been someone weaker there are tons of scenes that wouldn’t have been able to carry the emotion they did. The chemistry between Childs and Hoppe as the troubled married couple is good stuff. Too many independent films suffer from having wooden acting, along with bad dialogue. These two really sell the fact they are a married couple, it feels like a bad relationship of course, especially considering the circumstances of the film, but it’s real, it doesn’t come out forced and you don’t see two actors acting as husband and wife. The movie is immersive, and certainly the fact Senese wrote a decent script helped that along. 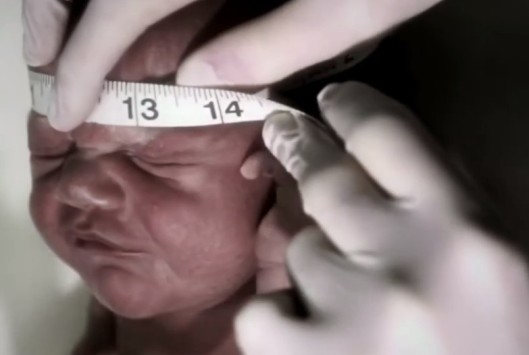 In the end, I think what detracts most from this movie being great is the fact it doesn’t pay out on all the ideas of morality and ethics surrounding the original premise. We get excellently developed tension, a slow and steady pace for most of the film, and then it devolves from what could’ve been, at times, fairly profound horror/science fiction.
Instead of doing more with the science fiction angle, Closer to God drops off into complete horror. Not that there’s anything wrong with that either, I am a horror hound. But I can’t help feeling at least slightly cheated, in a sense. There’s a promise of grand concepts here. The finale of the film becomes a typical sort of thing – I don’t want to fully ruin the ending or anything. Mainly, I love how creepy the Ethan character was, I just don’t think Billy Senese went anywhere innovative or fresh with what he was doing. Essentially all those Frankenstein comparisons never truly go anywhere, all paths leading to a slasher film-like conclusion.

I think Closer to God, for all its creepiness and tension and the incredibly believable performance by Jeremy Childs, is still only a 3 out of 5 star film for me. There was so much promise in the whole project, but I feel as if Billy Senese squandered a lot of what he’d built up. Again, the comparisons to Mary Shelley’s famous gothic horror novel is an angle I’m frankly done with unless it gets taken somewhere useful.
Don’t get me wrong. There are some beyond creepy scenes in this film. So much of the material involving the failed experiment of Dr. Victor Reed’s that is his “son” Ethan could have really went into incredible territory. Unfortunately, that territory never gets explored. What Senese does with the material is creep us out awhile and then go for the jugular with a far too heavy handed approach at the finish.
Check this out if you’d like to see some interesting horror/science fiction, but know this: it is mostly generic horror you will find. Even with the supremely creepy bits sprinkled throughout, Closer to God is closer to nothing special. See it for, if anything, Jeremy Childs, and a handful of eerie scenes.