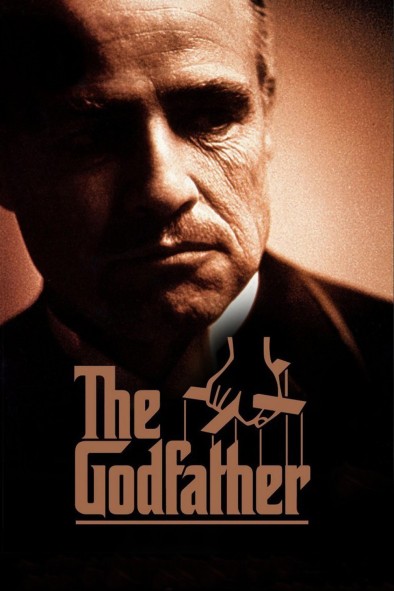 The Godfather is one of the rare films I believe is better than its source material. I read Mario Puzo’s novel a long time ago when I was about eleven or twelve years old, one weekend as I was in the woods hunting and fishing with my grandfather and uncles. It captivated me every waking moment when I wasn’t busy hauling gear or casting a line. The violence and sexuality and the raw language of Puzo struck me. Something I never forgot, as a reader and as a young man who eventually went on to become a published author himself. Part of reading that novel always stayed in my mind. Then when I’d finally seen the movie adaptation not long after it made me understand there was a way for film to improve upon its origins. Francis Ford Coppola and his ambition made this into a worthwhile project. As is evident, he’s a director that never backs down. Many of his choices throughout the production weren’t exactly what the studio and producers imagined, everything from the dark, shady look of the cinematography to the casting of Al Pacino. Luckily, Coppola’s iron will seems to eternally capable of winning out, and we’re left with his choices. Undeniably the best ones possible. Not every last classic of American cinema is as classic as the critics and audiences who love it want us to believe. That being said, certain classics are considered exactly that for a reason.
The Godfather nails every last bit what it aims to do. There’s not a single moment of bad acting, nor is there ever a misstep in the way its shot. If this were made like every other picture at the time, the end product wouldn’t be near as fascinating. Rather for a movie that’s considered classic, as if to signify it’s part of a type or a set of movies from that era that are alike in some way, this one is very much different from other films from the 1970s. Coppola dared to take on a dangerous story, one that accentuated the underworld of Italian-American crime while taking a legitimate look at the real people caught up in its Black Hand. Further than that he didn’t settle for making a blockbuster that appealed to the specific demographics Paramount Pictures had in mind. He came out with something more visually beautiful and intricate than an average Hollywood picture. This let the whole film industry and its varied audiences know that even the major studio productions can keep their artistic heart without being an independent project. Forever, I’ll consider Coppola – for this and Apocalypse Now particularly – a reason for why directors can still be artists within a studio system.

Let’s talk about oranges! We’ve all heard about this one, so take a deeper look.
First scene is between Tom Hagen and Jack Woltz, a bowl of them sits at the table. This is the first sinister event where the oranges give us a foreboding look at what may soon come. Of course, we know what ends up in Woltz’s bed not too long after. A gruesome scene. This sets up the whole element of oranges signifying something bad about to happen, which extends through the film, as well as its sequels. One of those nice little pieces of symbolism that makes this movie feel more akin to great literature than great movies, though it’s clearly one of the latter above anything else.
Second scene comes just prior to Don Corleone being gunned down in the street. He goes to buy some fruit, oranges to start, and this ominously lets us know there’s about to be a tragedy.
I love that Coppola decided to use this little system because it gives the whole thing greater depth, along with the good writing in general and the nicely fleshed out characters. In every way, the director makes sure this becomes more than a big studio picture with dollars in its eyes. Best part is that the orange symbolism goes on throughout the trilogy, not only a part of this first film. The cinematography from director of photography Gordon Willis is all around fantastic. As is the editing. These aspects collide in such a perfectly classical way. Francis Ford Coppola exerts such great, effective control as director, which is in part due to him taking on the screenwriting duties, as well. The look of the scene where Don Corleone is gunned down has to be one of the best in the entire trilogy. Without a doubt. The darkness almost seems to encroach the sky, as the deadly scene commences. Then the overhead shot of Vito being shot, falling on the car, the guns going off, it’s so effortlessly gorgeous and well blocked that you know how everything is laid out came about meticulously. Some shots can appear accidentally. This is not that type, whatsoever. One example of the eye Coppola has for framing. That’s a reason why the overall film is so damn good. Every bit of the darkened camera work, the shadowy lighting, all those thoughtfully considered shots and the precise blocking, it all makes this better than any average big budget adaptation of a novel. The directorial choices out of Coppola are impeccable. Not every director can block well enough to make it evident. A guy like Coppola does so to a point of feeling like a theatre director, making his shots stand out at all angles.
So much acting talent to take in. Even during the most seemingly insignificant moments and scenes this whole cast makes everything interesting, at times powerful. Partly Coppola, through the original writing of Puzo, is able to convey gangsters in a more three-dimensional view than they’d ever been seen before onscreen. Gangsters have been around the Hollywood stories since as early as films were being made. Yet this movie takes us further into the psychology of these men. You don’t always agree with the way these characters act, nor that they’re so involved in such dastardly criminal activity on many levels. Although you will find yourself a little more informed, at least in the way they do things. The characters themselves and the performances take us into the human beings behind the business. Again, these actors won’t make you necessarily empathise, but they will always, always keep you hooked to the story and the intensity of the plots.

Above anything else, The Godfather is entertaining. The characters and the plot, every inch of the story rivets the audience. Marlon Brando is at the pinnacle of his career, no matter what other great, epic roles he’s taken. Likewise, James Caan and Al Pacino are both fantastic in their respective roles as the Corleone brothers; distinct personalities, each part of the same crime family and subject to its effects, so while they feel real different they are also just like real brothers. Add to these lead actors guys like Abe Vigoda, Richard S. Castellano and others only round out the cast making the story rumble right off the page. Oh, and Robert Duvall can never be forgotten. He crafts Tom Hagen into just as classic a character as the rest, often overlooked simply because of the other star power bursting through the screen.
If you don’t dig this movie, that’s fine. You cannot, however, claim this is not a classic. And not a perfect one. There are so many amazing aspects to The Godfather, from the powerful acting to Coppola’s adaptation of Puzo to the downright saliva-worthy cinematography. Each time I watch it, and until this writing it’d been a good seven or eight years, there’s a new love I find somewhere between those luscious, dark frames, all the brooding Pacino looks and the well delivered dialogue. This is one movie that will never fade in its awesomeness. Until the end of time it’ll remain one of the greatest in cinematic history.