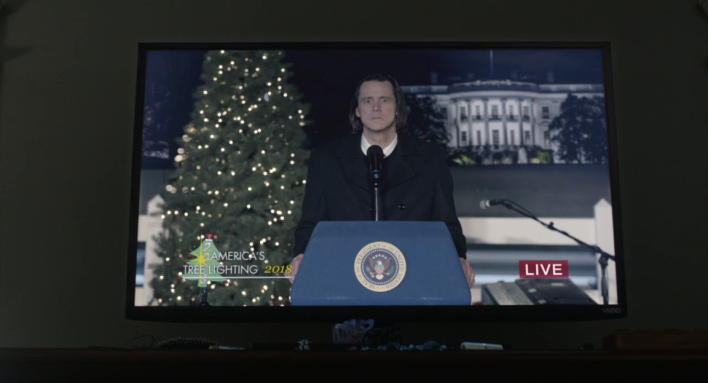 After Tara Lipinski got her throat cut she’s in the hospital recovering. On national television, Jeff (Jim Carrey) gets up to the podium outside the White House to speak during the tree lighting ceremony. “Your parents don‘t deserve you,” he tells the nation’s children. He goes into a rant about the ills of the world. He tells kids the truth about their parents. Then he says: “I killed my son.” He tells the kids of America to find their parents’ hiding places and open their Christmas presents early.
Meanwhile, Seb (Frank Langella) is trying to get a voice actor on the phone to say all the things he wishes Jeff would just say to/for him, and Jill (Judy Greer) is at home watching her estranged husband go through the motions of grief in front of everybody. Will (Cole Allen) is watching, too.
At the end of the ceremony, Mr. Pickles-San goes to light the tree, after the real Mr. Pickles forgot, and he gets tackled by securty when he repeats “Allahu Akbar” like he recently heard on the show. A hilarious yet all too real moment. 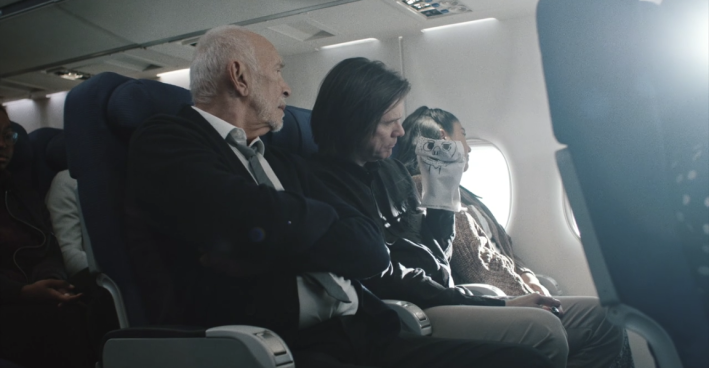 In the wake of Jeff’s appearance on TV things aren’t going so well. This could spell the end for Mr. Pickles’ Puppet Time, and the studio’s already shutting things down. The sets are getting dismantled. Jeff is busy going over the logistics of Pickle Barrel Falls and the opening of the show with Derrell (Alex Raul Barrios). He asks the young man if what he did was wrong, and Derrell thinks it was, given so many people are about to lose their jobs.
Jeff goes to his sister for comfort, yet Deirdre (Catherine Keener) is in a bad place, as well. She’s getting a divorce from her husband, and Maddy (Juliet Morris) is caught in the midst of it all. Simultaneously, she has a brother who’s falling off the deep end, day by day. A great sequence shows her relating how she makes the puppets, giving them personalities, while everybody Jeff knows takes the form of a puppet from the show.
Afterwards, a little girl shows up to speak to Mr. Pickles, and behind her come tons more. Seems the kids still love Mr. Pickles— more than ever, in fact, because he’s told them the truth and treated them like people instead of kids. Maybe the adult world doesn’t like what Jeff said on TV, but that doesn’t mean children feel the same. And perhaps best of all, Seb goes to his son, finally willing to listen rather than always talk. 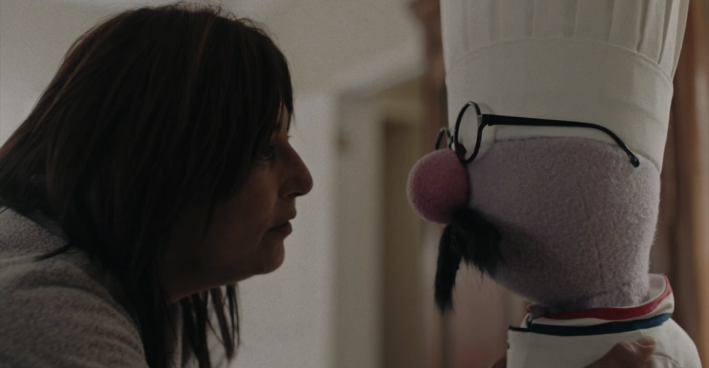 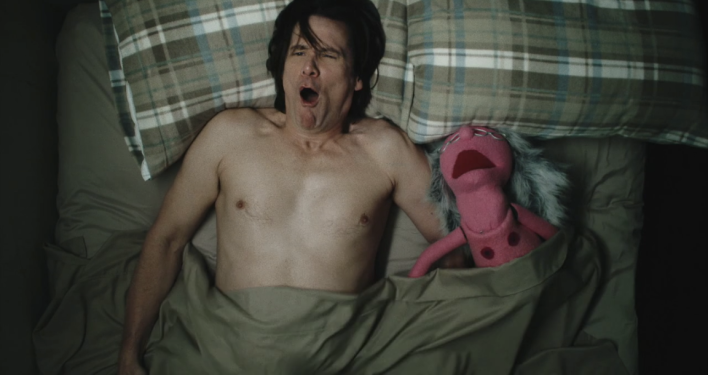 Mr. Pickles’ Puppet Time finally airs the episode about Phil’s death. On the TV, Mr. Pickles tells children about his own child who died, then he and the puppets sing sweet songs. At home, Jeff gets a call from Jill, and they begin to reconnect somewhat. Things aren’t so awesome with Will, who’s feeling like just another one of the kids out there watching his father on the television instead of experiencing him in real life like an actual dad. He goes over next door to the house his dad bought and left empty, where kids use it to party, hanging with a few of his friends.
When Peter (Justin Kirk) goes over to see what the noise is all about, he finds out the place belongs to Jeff. Uh oh. That’s when Jeff turns up for a walk with Jill, and Peter confronts him, saying he’s only “hurting her.” The estranged husband actually thinks Jill’s new man is a good guy, and says if anybody’s going to be in his son’s life he’s glad it’s Peter. Except when the dude wants to smoke a joint in celebration, it makes Jeff realise he might not have been right. So Jeff gets in the car and hits Peter. Whoa. 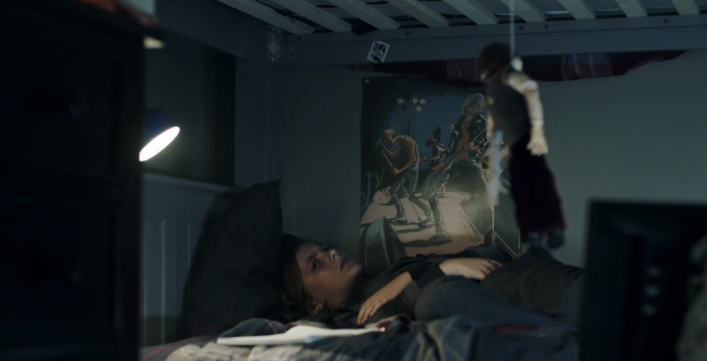 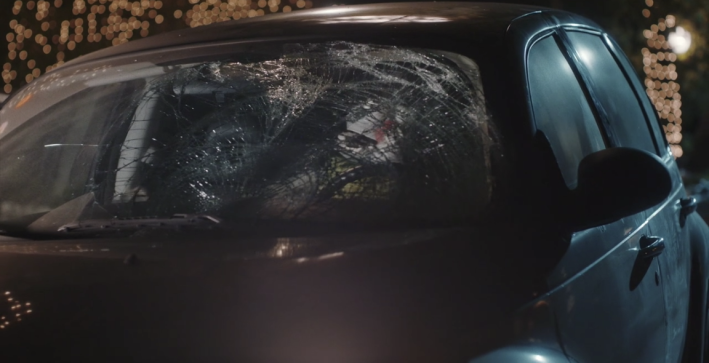 An unexpected, grim end to the first season of Kidding. Fits perfectly with the darkness of the comedy all around. Father Gore loved this season with all his heart! Can’t wait for Season 2, and to see where this story/its plots go from here.