In 1977, Smurf (Leila George) was getting used to the morning sickness, washing her mouth out with beer, and trying to figure out if Colin (Grant Harvey) genuinely wanted to have a child with her. Mostly she was indifferent to everything, hoping not to show any cracks in her tough armour.

Pope (Shawn Hatosy) is wondering where Angela (Emily Deschanel) is, and J (Finn Cole) says probably working. He lets his nephew know Mama Smurf (Ellen Barkin) has come home. Deran (Jake Weary) is in a bad headspace, and Craig (Ben Robson) has recently found out the news he’s a father for sure, not pleased his brother doesn’t care much other than to ask if Renn (Christina Ochoa) is okay.
The family’s fractured beyond belief, barely holding themselves together.

Smurf calls her boys to a family meeting. They’re going to hit Jed’s (Chris Mulkey) bunker, where he’s been “stockpiling gold since the ‘70s.” She wants to dig in from the county side of the property through a culvert. The boys try to bring up her illness and she shuts them down. And Smurf is also stocking up on liquor for a party. Her big farewell? 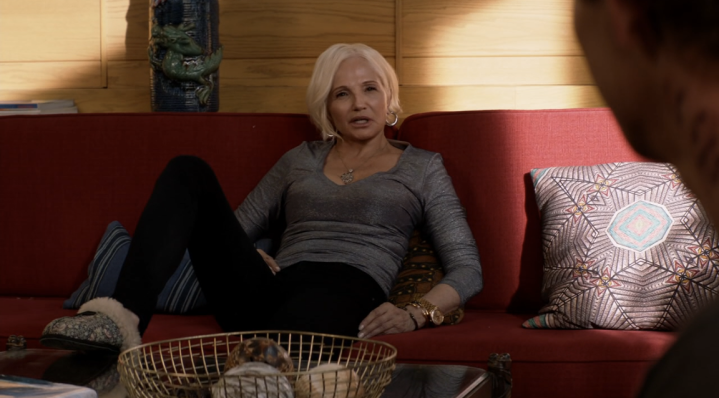 Privately, J goes to Uncle Pope asking if there are plans for what’ll happen next once Smurf is gone. He talks about his mother Julia, how he faced an uncertain future after she died, forced to call Smurf. Pope tries apologising for the past.
His nephew’s only scared: “I‘ve just got no one left to call.”
That’s not his sole issue. J gets a call from Olivia (Kelli Berglund), whom he “ghosted” after the concert. She knows his address and his family’s prison history. Fuck. They meet and J tries to make it seem he’s ashamed of his family and it causes social problems. She doesn’t believe a word. So, she’s blackmailing him for schoolwork.

Adrian (Spencer Treat Clark) meets with a lawyer, Peter Kohl (Scotty Crowe) to figure out how to reduce his sentence. He’s facing a minimum of 15 years, possibly 20, and a massive fine of $250K. The lawyer asks about his boyfriend. This could possibly lead to a bad situation. Will Peter recommend that his client give info on Deran, or the Codys?

In ’77, Smurf and Colin got back to their crew. Manny (Rigo Sanchez), Lou (Lucca De Oliveira), and Jake (Jon Beavers) scouted a bank for their next job. Janine wasn’t letting anybody in on the pregnancy. She only wanted to get back to making money, doing her thing. And why shouldn’t she have? There was clearly hesitation on Colin’s part. He was weighed down with thoughts of being a father.
Speaking of fathers, Craig has to contend with Renn’s mother wanting to keep the baby away. She knows his family and knows how Renn makes money. The Codys corrupt. Unless Craig can manage to get away from them.
Plus, Renn’s mom used to be a really bad addict herself— hypocrite.

At home, Adrian tells his man about the 15 year sentence. “It is what it is,” he says. He doesn’t want Deran to do anything horrible to get him out. Simultaneously, he unfairly resents his boyfriend because he got caught and the Codys have slipped away mostly without many repercussions all these years. Easy to see where he’s coming from, but it isn’t fair— he made his bed, now he has to lie in it.

Pope’s trying to find Angela. He goes to see the cook at the truck where she used to score. The guy tells him she was with J recently, and he sold her heroin. It makes Pope angry anyway, considering Julia used to score from the guy. He starts wondering if this is the man who sold his sister “the shit that killed her.”
What if he starts to figure out J led Angela towards relapsing?

In ’77, the crew pulled the robbery. All the excitement left Janine nauseous and had to throw up in the van. She was trying to convince herself pregnancy wouldn’t hold her back, that nothing could, but it was only a matter of time before she’d figure out there were limitations. Colin let Manny know about the pregnancy, rather than let her tell the crew on her own. The leader suggested maybe they “ditch her.”
Except Colin was more optimistic. He gave Janine hope they could be parents.

“Forget you ever knew me” 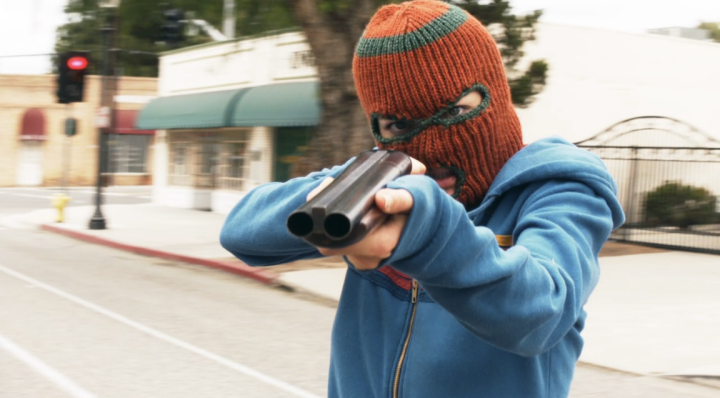 WHAT IS J THINKING? Seriously.
He’s going to his professor about Olivia. She’s being reported for an “academic honour violation.” She threatens J with legal action. He already killed one young woman who got in his way. No telling what else he’d do to protect his family’s criminal enterprise.

Later, Craig and Deran have a better baby chat than earlier. But not entirely great. Deran doesn’t think his brother will be a great dad. The older of the two seems to want to change his life around, so maybe the child will have a chance at being something other than a Cody. Interesting to see the parallel between him and Renn v. Colin and Janine. Maybe he can actually break the cycle. 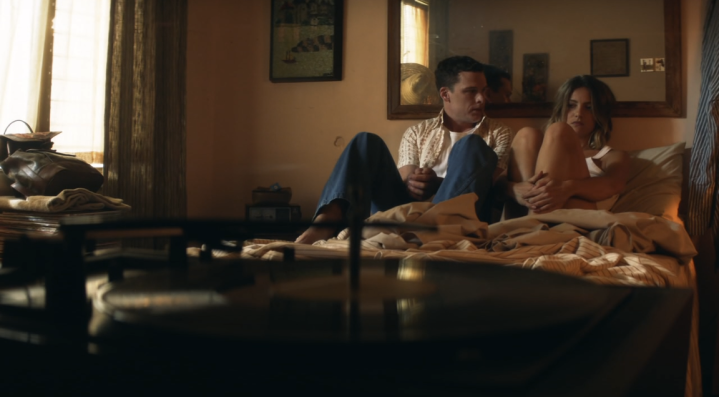 Smurf gets a visit from Dt. Andre (James Remar). He’s got info on who’s talking. Despite that, the party gets going hard. Soon, Angela shows up looking like she’s been on a bender, finding Pope sulking alone in his room. She lies to him. He confronts her, looking for track marks and finding them between her toes. He hauls her out of there violently, locking her in the bathroom to detox.

Mama Janine smokes a joint with Deran. She tells her son plainly what she knows, asking how long he’s known Adrian is talking to the federal government. She says he has to handle it or she’ll “turn it over to Pope“— we all know what that means.
Is Deran going to sacrifice the man he loves for his family? Or will he take a stand? Creepy to see Janine basically give Adrian the Kiss of Death, like a friendlier version of Michael Corleone smooching Fredo on New Year’s Eve.

One of the most intense episodes in a while.
There are many threads unravelling, tightening, and about to snap. It’s going to get nuts.

“Julia” is next.
Hatosy himself directs the upcoming episode. Fun to see it’ll centre on the sister.