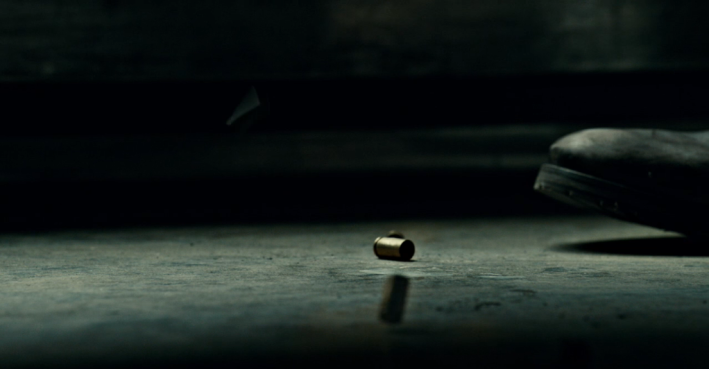 As we move past the initial episode, this is when the worry over Will Graham (Hugh Dancy) and his state of mind begins. Specifically, Jack Crawford (Laurence Fishburne) worries that Will got too close to the whole Garret Jacob Hobbs case. We get brief insight into Will’s previous work with homicide in the PD, and discover how he had an aversion to pulling the trigger. Jack then reiterates: “You just pulled the trigger ten times”
So of course now Jack is a little weary of putting Will smack dab into the middle of all this work once more. However, Dr. Lecter (Mads Mikkelsen) puts Jack’s fears to rest by giving Will a rubber stamp to go back to it. More for Jack’s sake than Will.
Certainly as an audience, we know that Hannibal probably would’ve done that either way. He’s more interested in seeing how Will – the fragile little teacup – will either smash to complete pieces and never be whole, or pick itself back up and put itself together again. In a sense, to Hannibal, Will’s like Humpty Dumpty, only more dangerous.

Human mushrooms are dug up in the woods. Or more so, the humans are feeding the mushrooms, helping their growth. They were all diabetics, put into the ground and kept alive at the basic level of fungus.
Will and the Forensic Team at the FBI are trying to get to the bottom of everything. Will has to do his thing once more, delving into the mind of a new killer. Graham believes the killer knew they were each diabetics, he induced diabetic comas, and put them into the ground.
He further sees this one as a man searching out connections, the way in which fungi connect and communicate. 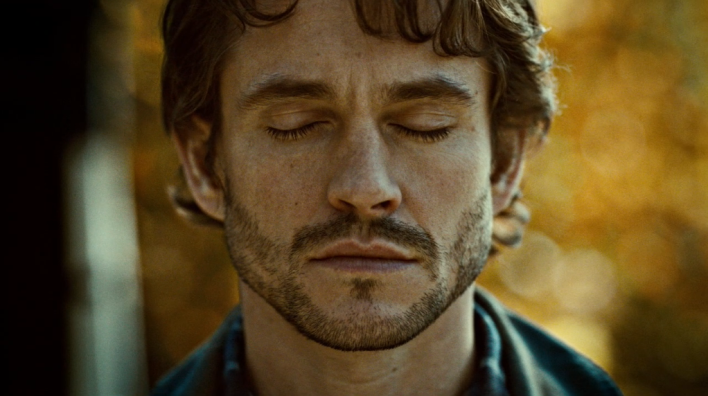 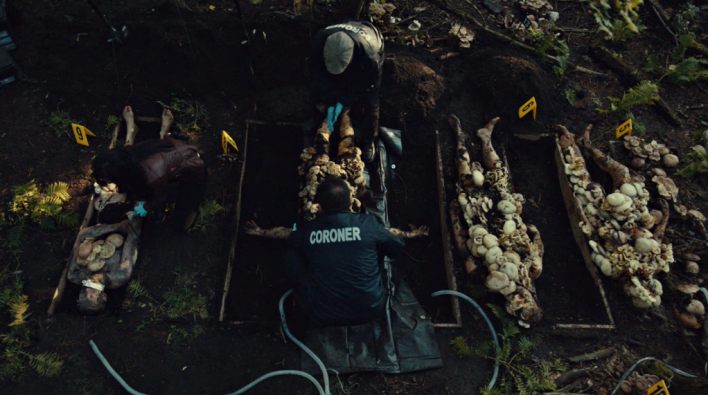 In the middle of it all there’s Freddie Lounds (Lara Jean Chorostecki) – sleazy, cheesy ginger tabloid journalist. She likes to get a jump on her stories for her trashy little magazine, and invades the crime scene. Unfortunately for a local police officer, Freddie gets him in trouble for letting slip a few bits of details/information on the case, as well as Will Graham. This throws a big wrench into things and Ms. Lounds’ actions have farther reaching consequences than she, or anyone else, could’ve ever foreseen.
One thing I’ve enjoyed in this series is how Bryan Fuller and Co. have taken Freddie and made the character female. I like that all the lead characters from the books remain the same, but there’s something nice about seeing a new take on Lounds. Philip Seymour Hoffman (R.I.P) did a fantastic job with the role, making him a deplorable, skeezy little greaseball in Brett Ratner’s film adaptation of the Thomas Harris novel Red Dragon. Stephen Lang also did a pretty good turn in Michael Mann’s version, Manhunter. So it’s interesting to see a new approach, and why not a tabloid journalist being a more presentable, respectable looking woman doing such a sad modern job? It makes things a little more interesting because Freddie comes off as disarming. When you have the Hoffman version, or Lang too, there’s this real low-life element to them. With Lara Jean Chorostecki, she dresses well, she doesn’t look greasy, so she ends up slipping into crime scenes easily by charming her way past dumb officers, et cetera. No doubt she charms her way to a lot of information. That’s why this Freddie Lounds is different and it’s fun.

The Nightmare Stag makes its appearance here again.
As Will wakes up in the hospital, staying close to Abigail Hobbs (Kacey Rohl), he hears the click of the hooves – which eventually turn into those of Alana Bloom’s (Caroline Dhavernas) heels – and then he follows it out into the hallway where things turn dark, shadowy. I love the imagery of the stag, it trots through the scenery of the episode just as it would through the wilds of Will’s tangled mind.
Also, when it comes to Abigail, I love the further duality setup between Hannibal and Will – they become like two surrogate fathers to her. It’s another part of their budding relationship, which becomes a huge part of them. This plays out right into the finale of Season Two, and even into the second episode of Season Three “Primavera“. So there’s the shared responsibility of being that surrogate for Abigail. At the same time, Abigail becomes the child they both may never have. It’s more likely that Hannibal would never have a child, however, Will is also so introverted and secluded from others that it’s not inconceivable to believe that he might never have a family of his own. I like that there is this dynamic, a creepy family that’s coming out of all this. Works towards some of the themes which come out later in the series.
Here in this episode, we begin to see a formal work relationship between Jack and Hannibal commence. This is one of many dinner scenes between the two in which they indulge in finely prepared meals, some drink (etc), all courtesy of Hannibal’s high living. More of Hannibal‘s culinary experts on show here. And once again, as it was in the first episode with Will’s breakfast by Hannibal, we’re left to wonder: what is Jack actually eating?
One thing about the first season of Hannibal especially that I enjoy is how it sort of subverts the usual expectations of what we’ll see from television shows. For instance, we get a format where there are lots of “Killers of the Week” episodes, but while this is usually a strictly format in which other shows work to structure their seasons, I think Hannibal capitalises more on this by linking much of what happens in the murders every week to the relationship going on between Will and Hanibal.
Here in this episode with killer Eldon Stammets (Aidan Devine) there’s a real link with Hannibal and Will.
The whole M.O where Stammets buries these people in order to let the fungi grow, in a way to make connections, speaks directly to both Hannibal and Will. The near autistic way in which Will functions socially begs for someone to be able to burst past that fully, to take him into a friendship despite the way he may act/talk at times. Then there’s Hannibal: a vicious cannibal behind closed doors, a brilliant psychiatrist (and M.D often) by day – there’s no doubt, even as a sociopath, he craves some kind of true relationship, a connection. Therefore, we see how the both of them are looking to connect through the lens of viewing Stammet and his situation.

There’s a part of Will that’s opening up to Hannibal. He claims therapy doesn’t work on him, however, Will’s never been in therapy (before now) with Dr. Lecter.
I think, ultimately, this is what makes Hannibal a sort of blind spot for Will Graham. People often wonder how someone with Will’s abilities, to totally empathize with another person and their feelings/motives, could be blind to Hannibal and who/what he is truly. The series gives us a good insight into that because we see how Hannibal and Will begin this therapy together – it isn’t really therapy, it’s not completely mandated by the FBI not to mention Will’s only a Special Investigator, and there’s an overall feeling of friendship that develops between the two men. Their duality and the friendship between them is the essence of Hannibal as a series. This episode really begins to open that all up and start chewing at the guts.
The end of the episode is a great exchange between Hannibal and Will, where they discuss the power of taking a life. Hannibal asks Will if he felt powerful when he killed Garret Jacob Hobbs. Though Will feels uneasy about saying it, he did feel the power in taking a life. You can see it right in his face, how it tore him apart. Great work by Hugh Dancy, as well as Mads Mikkelsen. Their chemistry is so natural and plays a big part in how perfect the relationship between their characters works.
A killer episode to move off from the pilot with and it was a disturbing story but didn’t go overboard. There are many gory episodes to come in the series, yet I do believe, even with some of the current ones, that Fuller and Co. + the directors straddle that fine line between wild and way too much.
In this episode, “Amuse-Bouche”, we get a real beginning to the strange, twisted relationship between Hannibal and Will. Things are set into motion here, and in the first episode, which cannot be undone. Not until Will figures out his own head and Hannibal gets tired of having his nasty fun.
Stay tuned for the next episode’s review, my fellow Fannibals!