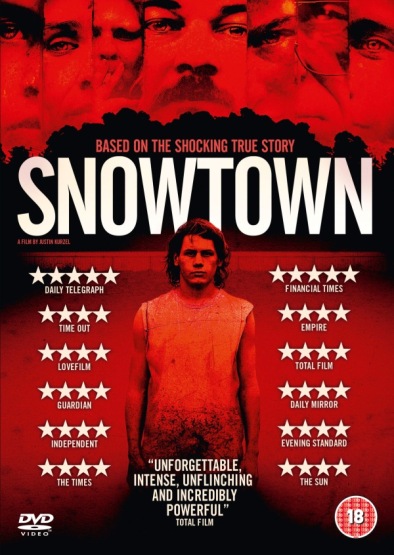 Before his wonderfully grim and atmospheric Macbeth adaptation, director Justin Kurzel first wowed me with Snowtown. This is a film dedicated to telling an awful, tragic story, and in the most impressive way possible. Aesthetically, you’ll be hard pressed to find such an intense look at the horrific crimes of a real life serial killer as this movie.
Using the real life killings and crime spree of infamous Australian criminal John Bunting, Snowtown examines how the lower class and the disadvantaged are in danger of being prey for emotional/sexual predators, as well as those masquerading in the costume of saviours. When Bunting came into contact with James Vlassakis and his mother, as well her other children, he did so under the guise of being a protector. From there, the group which began surrounding them all became much like a cult of personality, everyone following Bunting as he launched a self-imposed campaign of murder and torture against paedophiles and abusers, some confirmed, others only suspected. Bunting often called his killings “playing”, as well as the fact he and accomplice Robert Wagner ritually played the song “Selling the Drama” by the band Live as they murdered, tortured, and cut people into pieces. While this movie definitely contains graphic, explicit material, Kurzel does an amazing job straddling the line of decency. With regards to movies focused on actual serial killers directors and writers can run the danger of being insensitive, being too overtly nasty, and just generally risk coming off as disrespectful. However, for all its brutality and dark subject matter, Snowtown remains a disturbingly raw and honest look at one of the most terrible men to have ever walked the streets of Australia, or anywhere else for that matter. 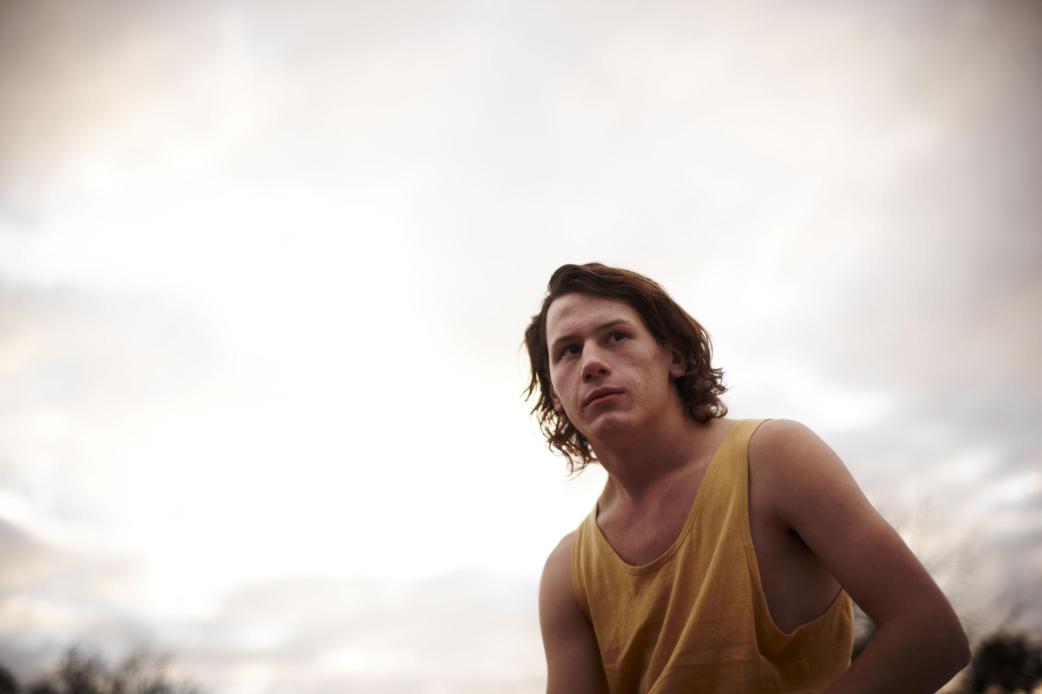 There are so many things at play in this film. Underrated Australian actor Daniel Henshall brings John Bunting to life in an especially dangerous manner. He’s not a big, huge man, but even in his quietest moments there’s this simmering power right below this soft and smiley exterior. It isn’t evident right away. As the movie progresses, you start to understand there’s something very wrong with him. Because at first he’s really a white knight for Jamie Vlassakis (Lucas Pittaway). Though we know who John Bunting is, or most of us do coming to the film, there’s still a questionable aspect to his character here. He’s doing what a lot of people say they’d do to paedophiles, rapists. Along the line things start to become clearer, and the fact Bunting is stealing welfare cheques, prescriptions, et cetera, is a little less knight in shining armour. Not just that we see how reckless the judge, jury, executioner routine becomes, as John starts to need less and less proof. Furthermore, he and his pal Robert start to close ranks. Bit by bit they start to kill people closer to home. And all the while there are times you’ve really got to question your own morality, whether some of these people deserved death. Likely if you’re a real good person, there won’t be anything relatable about Bunting or his crimes. I don’t identify with him whatsoever. But seeing some of the troubles of these lower class families it makes you wonder if getting some deviants off the streets wasn’t the right thing. Until things go much, much too far. There’s one murder in particular that is devastating. Then you can see Bunting exactly for the monster he is. What once was the disguise of a vigilante is then revealed to be plain and simple psychopathy. 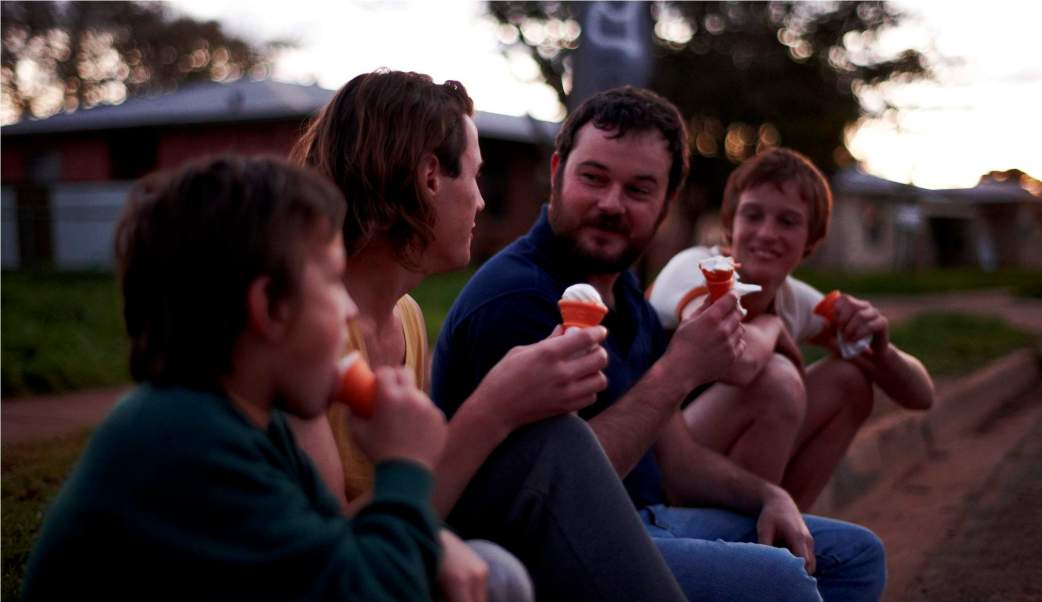 What’s incredibly interesting is the relationship between Bunting and Jamie. After we’ve seen the abuse Jamie’s suffered at the hands of his mother’s old boyfriend, and even his own stepbrother, there’s a scene where they’re eating supper together. John casually asks Jamie if he likes “being fucked“, and you can see the young man’s surprise at hearing it so openly. After that he slowly reels Jamie into his grasp. Even to his mother, Jamie says not to fuck up her relationship with John after they’ve had a big argument. He gets indoctrinated gradually. It doesn’t matter that his own friend gets murdered, he goes along. Jamie then finds himself along for a brutal, dark ride. Because in the end, it’s all about the socioeconomic realities of Jamie and his life as a disadvantaged young man, stuck in housing projects, forever doomed to be part of the lower class without any real hope going forward. Along comes Bunting, who knows how to pull a fast one – even if by murder – and figures out ways to scam the system. Sadly, for Jamie, there is nothing else in the way of hope. So inadvertently, after everything he’s seen Bunting do, after his own personal heartache, Jamie becomes this pawn in a series of murders.
There are some gorgeously poignant scenes throughout the screenplay, which Kurzel brings to life. There’s one scene that felt to epitomize Jamie’s situation – he sits near the fire at a big party outside, he just watches as everyone else jumps around, dancing, having fun, and you can really feel the weight of everything bearing down upon him. Another perfectly captured moment is when John’s got Jamie out posing as a dead man so they can get an extra cheque from the government; John sits just behind the young man, peeking out around him, and it’s just about the most dead-on image of Bunting that you can find. He is the mastermind behind all their misery. The cinematography is very natural. I love the style of directing that Kurzel uses herebecause we really start to feel a part of this world. As disgustingly gritty as it is, the life of John Bunting and his associates feels all too real. Cinematographer Adam Arkapaw (True Detective Season 1, Top of the Lake, Lore) is someone whose work I’ve enjoyed over the past handful of years, ever since I first got the chance to see Animal Kingdom. He’s able to make things feel like they’re not simply blocked and set in front of a camera. There’s a wonderful chaos and frenetic feel to his lens, yet contained chaos. His close focus on the characters and their actions take us into their lives. In the slow burning moments, which are plenty, the story moves along so well because Arkapaw allows us to feel directly in every last moment, as opposed to stuck outside looking at perfect frames constantly. Things don’t always need to be steady and centered and composed like an equation. Arkapaw’s camera helps us connect, even if that’s a difficult, horrifying task.
Even better, director Justin’s younger brother Jed is an amazing composer, and he lends his talents to Snowtown with a beautiful score to underpin all the macabre events of its story. His music is this haunting soundtrack, one that makes strange moments in the screenplay feel like dreams. And even with all the realism of the camerawork there are still times where all the various pieces out of the score almost give off a surreal atmosphere. There were a couple things I wish were more clear in the screenplay. A few things involving John Bunting’s character I never quite fully grasped that felt a little too cryptic. But overall, Snowtown is one of the greatest films concerning real life crime I’ve seen. It is so brutally, openly honest about its subject matter, and its main subject in Bunting. Whereas some many find it an endurance test at points because of its few graphic bits, this is much more a psychological crime film than horror. At the same time, it is most certainly a terrifying piece of cinema. Both Lucas Pittaway and Daniel Henshall give spectacular performances that make the characters of Jamie Vlassakis and John Bunting feel totally real. The look and feel of the film as a whole makes its plot that much more effective. Also, Kurzel used many locals who had never acted, most from a rough location called Davoren Park (around where many of the murders took place), which further lends authenticity to the whole production; aside from Henshall and Richard Green, everyone else was pretty much picked up from that area. Although a few reviews I’ve seen seem to toss this off as a bunch of boring, slow moving cinema with a shock or two and real life crime as its basis, for me Snowtown is a frank and chilling tale of how the lower echelons of society are susceptible to dangerous influence, and they are at much more risk than alcoholism, getting diabetes, heart disease, any of the normal things you’d hear. Bunting was pretty much evil incarnate. He struck at the weak and the economically crippled, the easier his target the better. Kurzel manages to make an interesting and suspenseful journey out of some of the most shocking murders in Australian history.