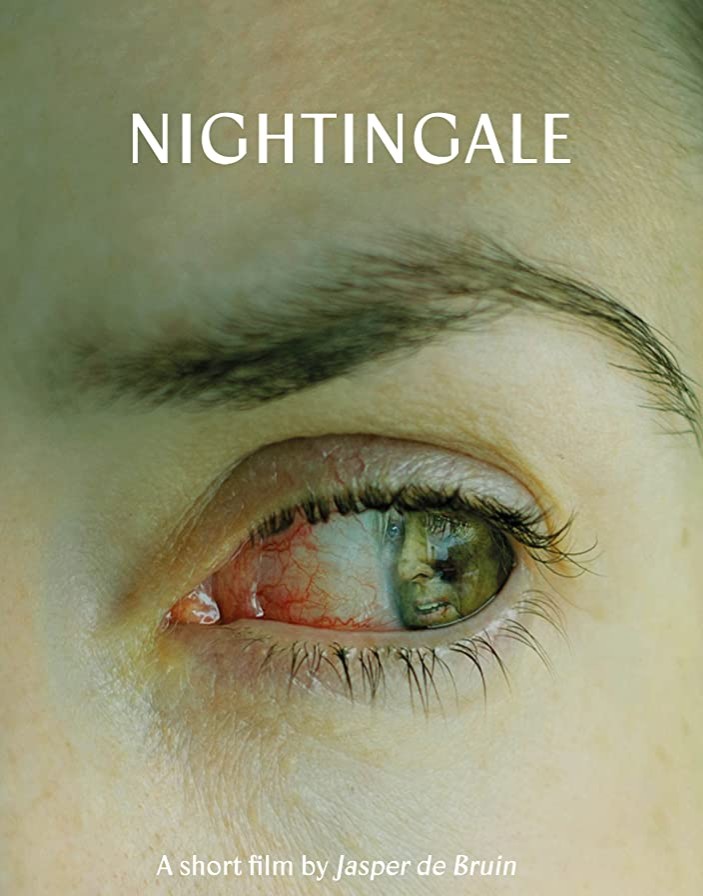 Jasper de Bruin’s Nightingale is creepy and surprising. It centres on a nurse named Julia (Nina Fokker). She’s overworked, pulling long shifts at a nursing home where she’s constantly surrounded by people on the verge of death. While she spends her days and nights tending to the needs of everybody else, she neglects her own. And her needs come to the forefront of her consciousness once she detects somebody following her, stalking her in the halls at night.

So many fantastic elements and ideas going on in only 15 minutes. Bruin’s visual style is gorgeously haunting. Nursing homes and hospitals are liminal spaces where many sit somewhere between life and death, transitory spaces in which the proximity of life to death is always claustrophobic. Bruin turns the nursing home into a big haunted house, a Gothic bed and breakfast for the ill. We feel, for most of the story, that Julia’s the unfortunate protagonist caught in an awful place she doesn’t quite understand. Once we figure out what’s going on it becomes obvious there are other spooky things and themes at work.

When Julia’s true identity is revealed it evokes the real life idea of bad people concealing their true selves while they work, and lurk, in altruistic spaces using the goodwill of their professions as cover for horrible deeds. Naturally there’s a supernatural aspect here, too. The gradual reveal of who Julia is beneath her dutiful nurse exterior comes slow. By the time the film reaches its end we’re left with a sinking feeling in the gut as the true horror of that nursing home is manifested before our eyes. We’re left to wonder how long this has been going on, and just how long it will continue.

Mr. Thisforthat, like the following short Milk Teeth, digs into the grim realities of childhood that are usually avoided outside of the horror genre. Thomas Mendolia’s film, written by Michael J. Karr, is about a little girl, Sarah (Ivy George). She discovers a supernatural entity hiding out in her closet. His name is Mr. Thisforthat (Chad Steers) and he offers Sarah the chance to change her life, in numerous ways. She wants things that most kids want, like a new gaming system. Underneath the commodities she wants to fix her family. Problem is, Mr. Thisforthat exchanges special gifts for something of equal value— the bigger the gift, the steeper the cost. It isn’t until things go very wrong for Sarah’s family that she sees Mr. Thisforthat’s deal is beyond devious.

Horror films like Child’s Play and Puppet Master play off the innocence of childhood by turning kids’ toys into instruments of horror and abject terror. Mr. Thisforthat takes on a genie/monkey’s paw-like role, the epitome of the wish-granter who warns to be careful what you wish for because, for better or worse, you just may get it in the end. He’s a dark deal maker whose deals with Sarah start to dig beneath a child’s innocent world predicated upon the idea that families are always happy and children are inherently loved. He likewise indoctrinates Sarah into an adult, capitalist world by teaching her that anything can be bought, even happiness.

Mendolia’s short works really well as just a creepy story about a girl, her family, and a nasty supernatural entity. Though it’s just as much a smart story of a family living in an industrial area where they’re burdened by all sorts of working class woes, and, much worse, preyed upon by a higher, darker power with an ability to transform their lives for the better but only concerned with tearing them apart. 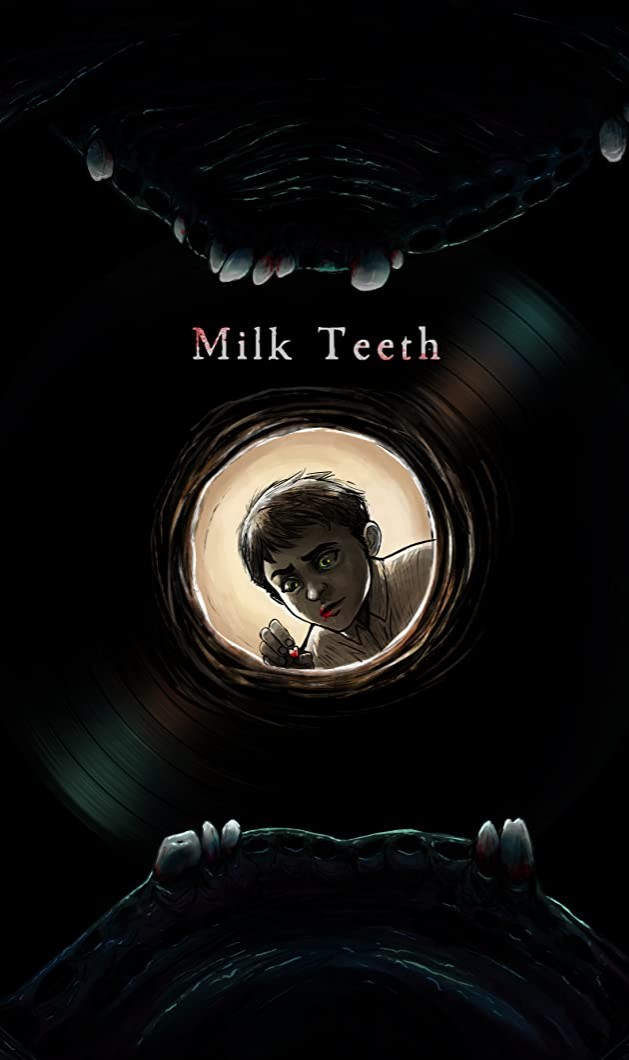 There’s much to love, and be terrified of, in Milk Teeth. It’s by far one of my favourite films at Fantasia this year, including the full-length features. Felipe Vargas has directed a bunch of shorts spanning several different genres, going from drama and romance to fantasy, science fiction, and horror. Milk Teeth is about an orphanage full of poor little boys, including Thomas (Aaron Bradshaw). One night Thomas meets the Tooth Fairy, whose lair lies beneath the building in a drain pipe. The fairy offers money, just like the folklore says. Thomas collects his cash and uses it to buy a hairbrush so he can make himself look less lower class, hoping it’ll make a family want to adopt him. When the rest of the boys find out about the Tooth Fairy they start to rip out their teeth. Other boys get adopted yet Thomas is still left behind, ultimately driving him to extreme measures.

Milk Teeth is similar in theme to Mr. Thisforthat, except it goes for a much more capitalist-rooted perspective on children than the latter’s approach. The screenplay combines a somewhat Marxist perspective together with folklore fantasy and emotional social realism. Lopez’s story explores how a capitalist economy’s ruthless individualism trickles down— not in the Reaganomics sense— to the most vulnerable of society. The monstrous Tooth Fairy of Vargas’s film trades currency with the orphaned boys, giving up money for their teeth, but in an orphanage full of poor children the fairy’s offer sparks a free-for-all among the boys. It’s a capitalist fairy tale gone bad. The lower class literally destroy themselves to become something better in the eyes of society. The orphaned boys are treated like commodities on a shelf when potential parents come by to window shop; one adoptive mother shouts “That‘s the one” to her husband as if she’s pointing to a decorative piece of art to hang at home.

In a stroke of dark irony, the bodily destruction Thomas causes himself prevents his adoption, illustrating how the oppression of the working class will destroy them before they’re able to move up the social ladder. It’s like how all that so-called pulling up of the bootstraps works people into an early grave, still left behind socially despite giving up so much— the capitalist economy eventually ensures the lower classes oppress themselves. The same as Thomas when he comes to a final realisation he’ll likely always be an orphan, the same realisation many in the working class must come to when they see the system’s actively working against them.