Christos Nikou’s debut feature comes at a perfect time for a viewer like myself who loves horror but doesn’t want to watch any pandemic horror while we’re in the middle of an actual pandemic. Apples is dramedy at its most serious and absurd, depicting a worldwide pandemic that causes amnesia and the lives of those unfortunate people who are suddenly struck with it. Nikou and Stavros Raptis centre their screenplay on Aris (Aris Servetalis), a man whose memory disappears. Aris quickly finds himself in a recovery program aimed at helping these new amnesiacs—separated from their families and loved ones, unable to remember themselves or where they’ve come from—to build new identities.

What follows is a comical yet profoundly serious exploration of memory and identity. Nikou and Raptis look at two sides of a single coin, in that we’re asked to begin wondering if there isn’t, apart from the obvious negative effects, also an upside to amnesia. Are there things—individually, as well as socially—we should forget? Some things, yes, must never be forgotten (i.e. histories of oppression, et cetera). But as human beings some things, especially on a societal level, might be better off forgotten. At its core, the story asks us to interrogate our own identities and how much they rely on memory, as well as what it would mean if our identities suddenly had to rely on other external things, and how that would shape our personal existence.

Nikou’s film is funny, doomy, gloomy, and always intelligent. It isn’t as nihilistic as the work of his fellow Greek filmmaker Yorgos Lanthimos, though they share similar interests in the weird and the absurd of life. Apples can at times be depressing, but never seems to lose sight of hope, ultimately suggesting that we make meaning, however it comes to us, and we are the shapers of our own identities. 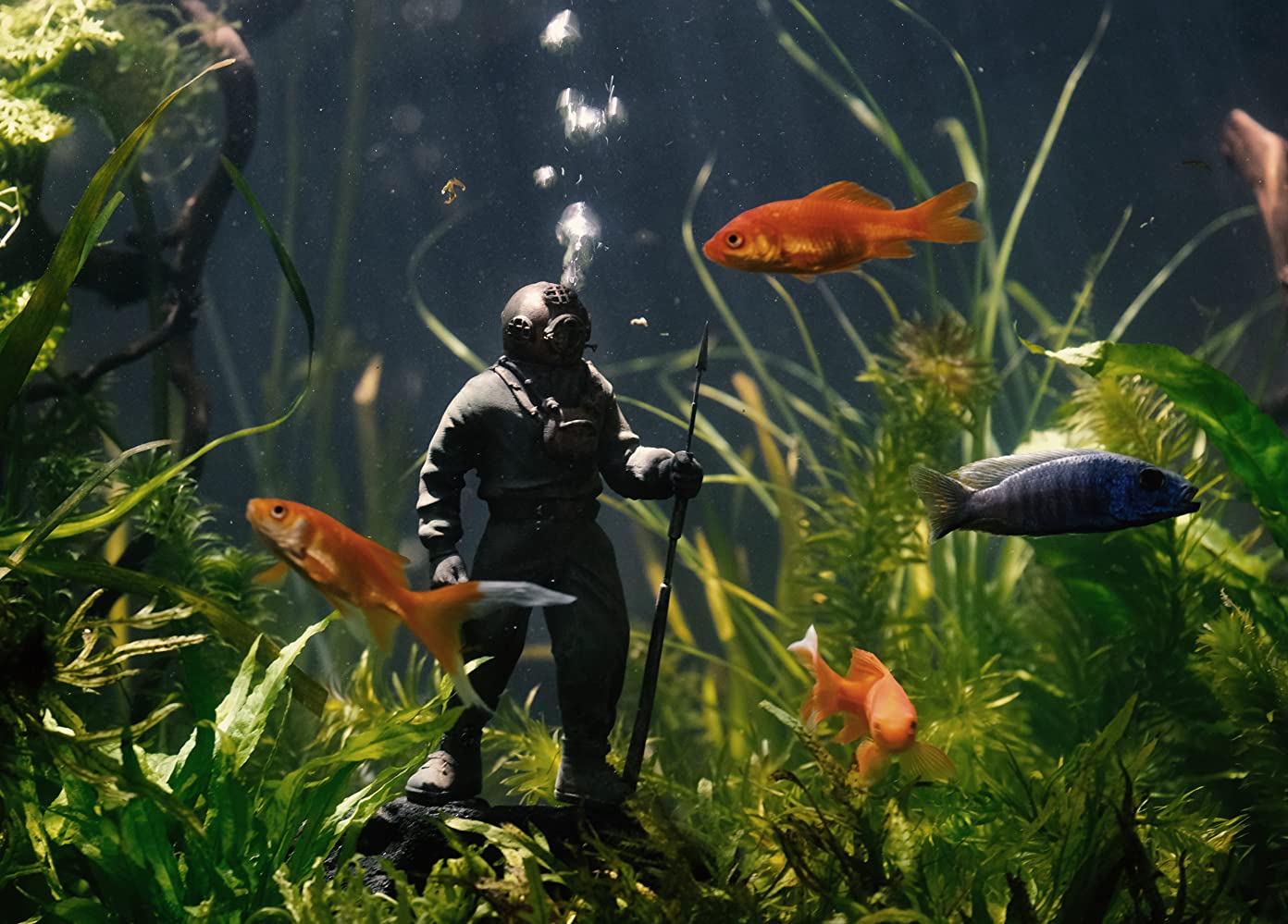 The latest Christian Petzold film is a stunner. Undine is a romantic drama focused more on women as people than on women as romantic objects. It isn’t a traditional romance story, either, not by any stretch of the imagination. Petzold’s screenplay intertwines myth and realism to conjure a tale that’s almost Gothic, bridging past and present in modern day Berlin where the fantastic seems to lie simmering just beneath the surface.

Undine (Paula Beer) is a historian who gives lectures and group tours on Berlin’s urban development. She’s currently being left by the man she loves, Johannes (Jacob Matschenz), when she feels the mythological influence of her namesake rear its head, believing she’s fated to kill him before returning to the water. This is all complicated when she meets an industrial diver named Christoph (Franz Rogowski) and they start to form a connection together. Can Undine find the love she deserves? Or, will she fall prey to a mythic fate? 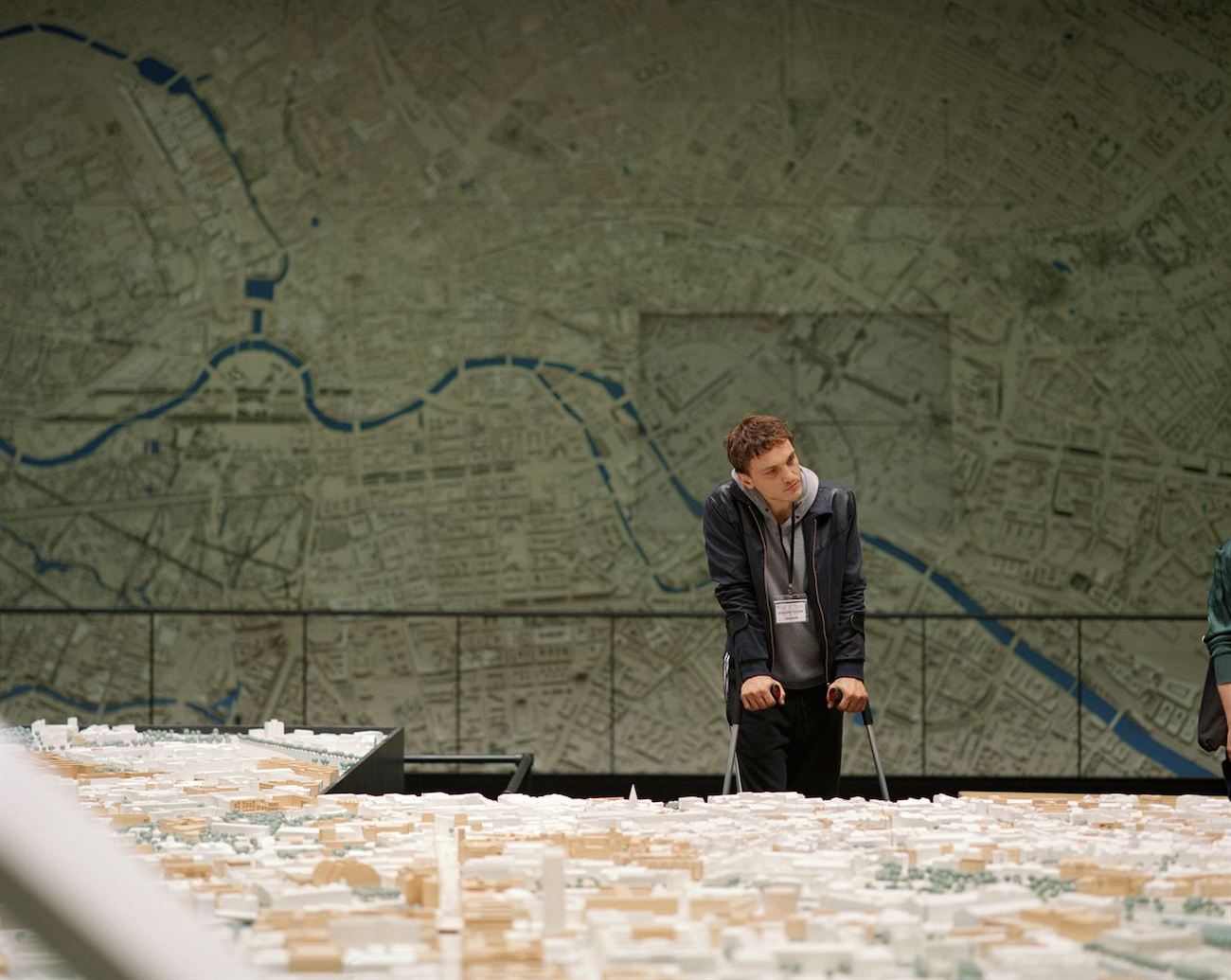 Petzold’s film makes great use of the undine myth, originating in work by Paracelsus and Ovid’s Metamorphoses, and having appeared in pop culture via Hans Christian Andersen’s “The Little Mermaid,” obviously made famous by Disney. The original myth is that an undine—a female elemental being associated with water—has no soul, and to achieve mortality must acquire a human soul by marrying a human; if the man’s unfaithful he’s fated to die. The various mythical undine tales actually conceal deeper social realities. The idea of the undine having no soul unless she marries a man is the very mythology of heteronormativity; (i.e.) a woman isn’t whole until she’s married to a man who’ll make her complete. This sort of myth continues today, as so many people, men and women alike, believe that to be a single woman somehow equates to being an unhappy woman.

And, essentially, Beer’s Undine struggles with these concepts of mythic womanhood throughout the film. She’s sure she has no free will and must adhere to the myth associated with her name—or, following this reading, she feels she must subscribe to the gender roles set out by a hetero-patriarchal society. Her meeting with Christoph provides a potential way out of this thinking. Therein lies the struggle, whether Undine will eventually give in totally to a fate set out by others before her, namely men creating fantasies out of/for women, or if she’ll reject this supposed destiny to live and love how only she sees fit.
Petzold does well with the romance of the story, updating a tale that’s centuries old for a contemporary audience. More importantly, he never loses sight of his story’s greater aim, to examine how even in the 21st century our collective social consciousness plays into ancient myths about what it means to be a woman. Undine struggles to liberate herself from the invisible shackles patriarchy has slipped around her wrists. Berlin serves as a backdrop for where the past and present intersect to question if we can actually unravel the past from our present in terms of patriarchy and its lingering effects on women. Undine explores if such an unravelling is possible, and what it may just take in order to achieve freedom from a damaging past that refuses to let go.