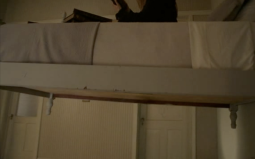 The finale of Coven is upon us!
Fitting enough, Stevie Nicks shows up singing “Seven Wonders” by Fleetwood Mac. There’s a nice montage of all the young witches preparing for the big ceremony. In her room, Zoe (Taissa Farmiga) levitates the bed while studying. In the bathroom, Madison (Emma Roberts) plays it cool and bubbles the water, lighting candles and a fireplace with the snap of her fingers. Misty Day (Lily Rabe) dances in the basement and practices in the small garden Cordelia (Sarah Paulson) keeps. Then there’s Queenie (Gabourey Sidibe), who studies up on voodoo, and even keeps a little picture of Nan by her books. Love this opening and it works so well. This has been a very feminist type season, which I dig. And this opening for the finale gives us a nice bit of equal time with the young witches, highlighting them all and including each in a sort of happy light. Not something we often get on American Horror Story. Plus, it’s fun that Nicks has been kicking around singing Fleetwood Mac songs and being cool as hell.

Consistently I get a great kick out of Myrtle Snow (Frances Conroy) who shares her belief that Leonardo da Vinci was a warlock. She serves up a beautifully rendered meal for everyone. Then Cordelia talks of the start of The Seven Wonders by telling all the girls: “Kick ass tomorrow.”
We start with TELEKINESIS. Kyle (Evan Peters) lights a bunch of candles, with all the girls lined up in front of the table. They’re meant to haul the candle via mind control, which each of them do without much trouble.
CONCILIUM is next, or MIND CONTROL – they pair up and have to make the other do what they wish, prompting slaps, hair pulling and all sorts of stuff you might expect from a few catty young women who want nothing more than to outdo the other. Fun moment sees Kyle being forced to lick Madison’s shoe, being tossed around the room by her and Zoe in a bid to be the best and meanest of the two, but finally Cordelia breaks it all up. 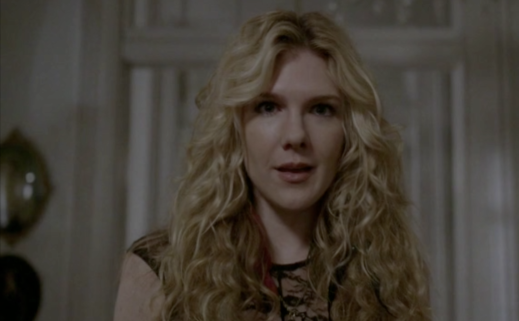 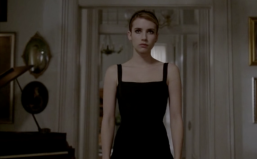 DESCENSUM or DESCENT INTO THE NETHERWORLD comes afterwards. “If your soul hasn’t returned to your body by sun up, you die,” Myrtle proclaims before readying the hourglass to start. The ladies all chant together and then head down into hell for their test. Queenie is back at the chicken shack again just like her encounter with Legba, easily bringing herself back first. Then Madison returns from a “live version of The Sound of Music“. Zoe does too from a breakup hell she barely escaped. But only Misty does not come back yet, she’s stuck in school being forced to dissect a frog; of course, she keeps bringing it back to life. She’s made to dissect the living frog, taunted by the other children, and then the cycle begins over again: over and over. Honestly, this vision of hell returning to your worst moments is terrifying, very great representation of the afterlife. Sadly, though, Misty is not coming back. She lies on the floor, her body limp, as Cordelia hugs her tight. But the sand in the glass runs out, Misty disappears into a black smoke and she’s dead, gone forever. Didn’t see that coming when the tests started out.

Not much mourning before TRANSMUTATION begins as the next challenge. The three remainders don’t seem to be too trouble by it all, quickly zipping around the property. That is until one of them mixes things up and transmutates to the wrong spot. Zoe finds herself impaled on the academy gates high above the ground. They take her corpse down to the basement in hopes of bringing her back. Queenie can’t resurrect her, putting her out of the competition. Cordelia wants Madison to bring Zoe back, in effect proving she must go on and finish The Seven Wonders. But of course, the young mean bitch Madison doesn’t want to do that and jeopardize her position as the next Supreme. She leaves Myrtle and Cordelia, and Zoe dead.

But all is not lost. Myrtle convinces Cordelia she ought to test herself on The Seven Wonders. Finally, someone with sense. Cordelia does several of them pretty quickly. When it comes to DIVINATION, Madison and Cordelia face off; Madison loses, packs up to leave and threatens to expose the witch coven to the outside world. However, Kyle makes sure that never happens: he strangles Madison to death for not reviving Zoe and in turn gives Spalding (Denis O’Hare) a new doll to keep. In the end, Cordelia’s last test is bringing Zoe back – VITALUM VITALIS – which she does. Then promptly passes out hard. But once she’s back, her eyes work again and she is the new Supreme; the one, the only.
After all the wonderful and grim events, Cordelia emerges as the queen witch of them all. She goes public to the world about the academy, about witchcraft, and now many young witches around the world begin to seek her and the academy out. Furthermore, Queenie and Zoe are a part of the new regime, aiding Cordelia in steering the coven correctly.
But then Myrtle, oh Myrtle! She wants to be punished, and I supposed ought to be, for killing the other Council members, Cecily and Quentin. She insists, even with Cordelia refusing to do such a thing. Finally after everything is said and done, Myrtle is resentenced to being burned at the stake, as she already had been earlier in this season. So they trot back out to the dunes where Myrtle is strapped to a stake, set ablaze, and burned, blackened once more. Vicious, yet highly noble on Myrtle’s part: her dedication to the coven is more than evident, time and time again. Her final word? “Balenciaga!” -y’know, for the fashion conscious folk. 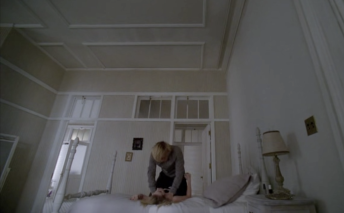 I love the end with Fiona (Jessica Lange), as we see her own version of hell. She is forever stuck with the Axeman (Danny Huston), in a little mediocre house down by the river, eating fish for dinner every night. A perfectly normal everyday life, something absolutely unspeakable for a woman like Fiona, a needy narcissist and a woman who needs fame, fortune, who needs extravagance. It’s fitting, and brutal in its own way. Love the writing involved with this finale, it works quite well for Fiona and her final resting place in hell.

With the end of Coven, we see another happy finish. There are still losses, deaths to mourn, and so on. But as Cordelia tells a television interviewer: “We are strong women.” This whole season had a great feminine vibe, and if some male viewers can’t accept or handle that it’s their loss. I found it incredible, and the writing really shined every chance it had. Lots of strong female characters. Plus, there were several excellently placed male characters, even Kyle who Evan Peters played so well almost virtually silent in each episode until the end. Overall, I loved this season. And as Cordelia, Queenie, Kyle and Zoe welcome newcomers to the academy, I almost wish there were more episodes to this season. When I first watched it as it came on FX a couple years ago, I didn’t take to it hugely, though I did enjoy all the episodes. Now when I go back through, I realize how good the writing was, how fun the characters and situations were, and above all else how intricate the plots themselves came off. Great work all around. 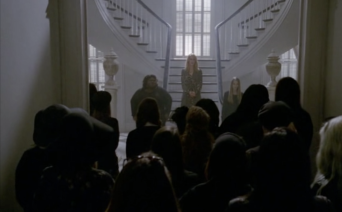 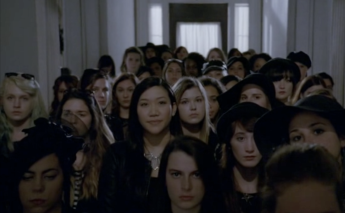 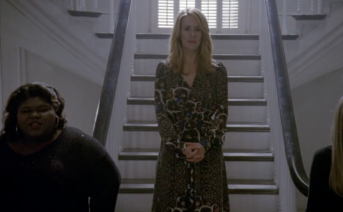