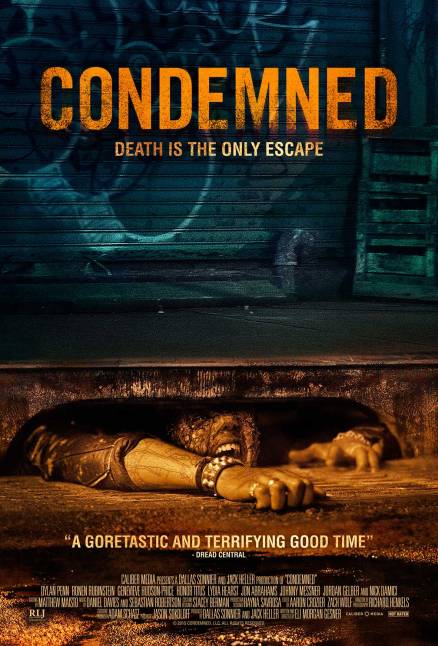 Director-writer Eli Morgan Gesner is obviously a lover of New York City, setting Condemned in the Big Apple, as well as previously directing the documentary Concrete Jungle and serving as a consultant on 12 episodes of How to Make It in America. So I’m not sure if he’s trying to make a statement at all with this one, or if it’s simply easiest to set his grossout, low budget horror in a city he knows best. Either way, I can’t say this is spectacular. Its cheap style shows in many places, as do its influences. What Condemned lacks in style and overall execution it makes up for in a few good laughs, plus a heft dose of weirdness.
There are gore horrors, then there are grossout horror films. This falls into the latter category. There are certain parts of the grossness which really work well for its horror, then other scenes are simply too nasty for no good reason and it turns even me off. Don’t get me wrong – I love a nice gory horror flick. However, there’s a limit to how badly things are done that I will reach. This movie surpasses my limit, simply because it doesn’t do enough with all its other elements to justify such nastiness. For instance, movies like Dead Alive and Cabin Fever are blood-filled, gory movies I enjoy; the first because Peter Jackson brings an incredible pace to the film and pumps gallons upon gallons of blood onto the viewer, the second due to Eli Roth’s campy sense of humour and ability to turn our stomachs with body horror imagery. But Gesner’s film never amounts to anything near either of those, ultimately falling short in pacing. Although, a couple of the characters and the actors by whom they are played lend enough interest that I sat through this and chuckled a few times. I also chose, after the first little while, not to get a snack. 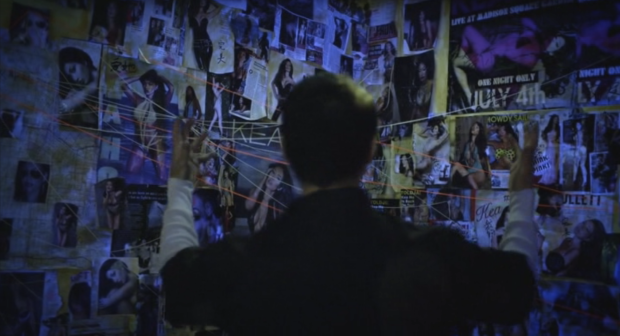 After Maya (Dylan Penn) gets fed up with her parents and their constant fights, she moves in with her boyfriend Dante (Ronen Rubinstein). Only thing is Dante lives in a building on the Lower East Side of Manhattan where everyone is squatting. The place is ‘run’ by an older man named Shynola (Anthony Chisholm) and is filled with the strangest kinds of people. Included among the residents are junkies Vince (Jon Abrahams) and Tess (Lydia Hearst), a massive drugged up Jew called Big Foot (Jordan Gelber), Cookie (Perry Yung), Gault (Johnny Messner) and his human toilet Murphy (Michael DeMello), among others.
But soon they’ll all be living in worse squalor than ever. A virus spreads throughout the apartment building, made up of all the disgusting waste and garbage from the rotten mess of all its tenants, and one after another people are infected. They become angry, dangerous killers, which eventually turns the building into stories of madness.
As the city outside lives on, the people inside are dying to get out. 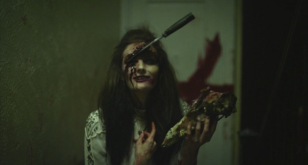 Certainly, if anything, you can enjoy some hideous practical effects. Many of the warts and boils on the people as they become infected are spot on gross. Probably most of the budget went towards making the near neon vomit, the puss-filled sacks, and so on. There is a decent look and feel to the movie, it attains a gritty, grim atmosphere with a dark visual style. But mostly, Gesner aims to disgust. Alongside those brutal effects, from hanging eyeballs to torn up guts to leaking yellow-cream pus, the sound effects themselves are enough to make you sick. Part of all that makes the grossness effective. In other movies that just go for gore, gore and more gore, often times it’s all visual; just throw a load of blood in the frame. At least Condemned opts to work with the sound design by using it appropriately in tandem with the bloody mess created onscreen.
Some of my favourite gore: 1) Tess takes a knife in the forehead/eye which is awesome enough, but then she goes on a manic rant about New York; 2) a hand gets ripped off and it looks good, even better Dante apologies frantically for having torn it away from the owner’s body; 3) someone’s stomach is disemboweled, then the guts get pulled on like a rope; and 4) a perfectly executed chopped off head reminiscent of some of the best in horror. Also, the makeup itself is best on Gault on Murphy, the gay muscle couple, once they start to find themselves infected; almost reminded me of a Rammstein video, in a great way.
I’m not a fan of horror-comedies per say. Though, I am indeed a fan of horror films which go for darkly comedic stories, dialogue, et cetera. There are a couple scenes where I actually laughed out. Most of the movie is straight up grim and savagely gross, but some moments are really funny. Such as the aforementioned Tess rant re: New York, the “NAZIS!” scream from Big Foot, even the two musclebound gay guys are funny (until they’re ultra frightening). This screenplay is nowhere near amazing. It is competent enough to provide some black comedy. Unfortunately, Gesner never provides us with enough to justify the plot, he only gives us what’s needed; nothing more. A grossout gore flick doesn’t really need to have a ton going on, but there’s simply no way to put this above any other films of its kind, there’s just nothing elevating it beyond mediocrity. 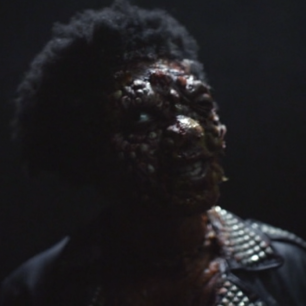 There are definitely a couple decent performances. Overall, the cast isn’t great; some of the characters were highly underused, some were made out to be more important than others then found death quickly. If I gave this any higher than a 2&1/2-star rating it would bother me. There’s nothing here, even the makeup effects, which takes it above and beyond that level. Whereas there are a few effects here worth seeing (see: head chop), the majority of Condemned is easily forgotten. If anything, see this to be a completist if you’re like me. Another gory, nasty little flick to tick off the list of films floating around out there. Other than that, throw on something else with more to offer.