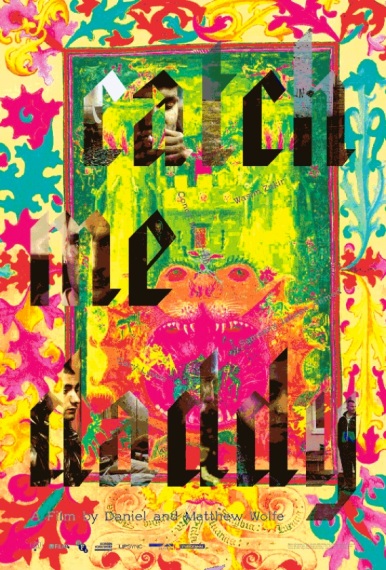 Does a film need to have a massive plot? Can an entertaining bit of cinema simply have a small, intricate plot that runs on atmosphere? Catch Me Daddy is a movie that certainly has a plot. All the same, the events move towards a conclusion that doesn’t particularly satisfy. Nor does it let down, either. Essentially, director Daniel Wolfe, along with screenwriting partner on this picture Matthew Wolfe, crafts a chase into the extended series of events which frame the story of love, honour, betrayal, culture, and so much more. The tone of the film is gritty, its look equally as raw. In addition, Wolfe uses mostly a cast of relative to completely unknown actors, which further grasps that aim of realism. Most of all, this movie tackles the issue of honour killings and the culture clashes amongst the lower class in England without getting too controversial. Not that controversy is bad. But Wolfe’s film takes on a different air, instead of diving deep into dialogue or exposition on the cultural and racial issues, and what results is an endearing, tense, even brutal ride through the streets of England, the countryside, the caravans. Best of all? We’re never spoon fed all the ingredients. Rather, the crew of filmmakers alongside Wolfe give us plenty to look at, listen to, and leaves us with a hunger for understanding.

Laila (Sameena Jabeen Ahmed) is a young Pakistani woman living in Britain. She hides from her strict religious family in a caravan out in the country with her Scottish boyfriend, Aaron (Conor McCarron). They get by, as she works assisting a hairdresser, and Aaron does his best to track down a job.
But there are men looking for them, specifically Laila. Her brother Zaheer (Ali Ahmad) leads a group of his friends in the charge. Also, two white men named Tony (Gary Lewis) and Barry (Barry Nunney) are on the trail. When Laila and Aaron find themselves discovered, and she accidentally kills her brother, the chase is on. Unable to trust anyone, the two lovers rush like mad to escape their fate. Through the countryside, into the streets of London, Laila must run for her life. Or else she’ll lose it.

Cinematographer Robbie Ryan takes us right into the world of these characters, offering up a beautiful style and at the same time giving us a gritty, dark visual atmosphere that you can almost chew. Ryan is particularly adept at capturing those gritty landscapes, as evidenced by his previous work on such films as Isolation, Red Road, Fish Tank, and he has a unique flair that’s quite noticeable in the recent Slow West. This film is almost a mix of those qualities. While Ryan finds all those raw, rough qualities that are worth seeing when tackling a story highly based in reality, he simultaneously infuses many of the scenes here with a gorgeous look, nearly radiant at times. The rich, vibrant look of certain shots combined themselves with the grittiness of all the lower class neighbourhoods, caravans and other locations, and this aesthetic creates an interesting space in which everything plays out.
Not only is the cinematography excellent, the score from first timers Matthew Waston (a.k.a Matthew Wolfe) and Daniel Thomas Freeman is wild. Whereas a few scenes contain popular music, it’s the music Watson and Freeman add that helps make so many of the scenes chug along filled with adrenaline, fear, and suspense respectively. When Laila is first forced to flee the caravan where she and Aaron hide, the frenetic music propels the entire film forward, and it prepares us for a chaotic cat-and-mouse thriller.

I love the screenplay for this film. There are so many elements that are only alluded to briefly, which is always a plus. Stories that try jamming exposition and unneeded dialogue down the audience’s collective throat are the worst. Not to say there shouldn’t be anything concrete. On the contrary, I hate when scripts are vague simply for being vague’s sake. In direct opposition, Catch Me Daddy focuses very clearly on its present events, while all the past, the backstory, the characters and their lives remains distinctly behind them. We get allusions to previous events, the lives of the characters. Nothing is spelled out plainly, though. And all the better for it. Because once the end comes around, this film throws us for a curve. We want answers, we’d like to know everything. But what will that help? Will anything give us a clear path towards understanding Laila’s father? We already recognize her clear hopes to be her own woman, separate from the wants and wishes of her family, the expectations of her culture. Left with an ambiguous ending, no answers offered up, the screenplay defies explanation. Likely, we all know what happens after the credits roll. Although, Wolfe & Wolfe give us nothing perfect, nothing that fits entirely into the right box. The mystery surrounding some of the film’s plot and events is what makes it so intriguing. If everything were laid out, we might have come to a fully formed idea of what happened, perhaps even see exactly what comes next. Without that, director Wolfe leave us in a position where the agonizing questions, the lingering, sore emotions are still up for debate. Nobody here is trying to make a statement, so much as the filmmakers are presenting us with a harsh reality of what goes on within certain pockets of culture bent on fundamentalism, and the path hardcore belief can lead brothers, fathers, sisters, lovers on.

The central performance from Sameena Jabeen Ahmed is quality. She is amazing, even just when it’s her eyes on camera. Her expressions, her demeanour, it is all perfect for this role. Her acting talent, as well as the excellent Gary Lewis, provide Catch Me Daddy with an anchor. Even when it feels as if not much is happening, the actors allow us to stay rooted, and the film carries you away.
A definite 5-star affair. From cinematography to acting to score, this is one hell of a ride. The slow burn nature of the plot may get to some, but trust me, if you hang in there every last bit is worth it. Again, if you prefer expository dialogue and having every last detail of the characters and plot explained in long-winded scenes, then this is certainly not your cup of tea. If you do like a challenge, a film that tries its hand at storytelling instead of dishing out concrete evidence for every last move, this is up your alley.
There is a ton of great stuff to enjoy here, and it’s impressive this small film is capable of holding the weight it does. Wolfe does a spectacular job in the director’s chair, giving us a glimpse into a world foreign to many of us, yet gives us enough that we feel involved in that world, at least for 110 minutes.