June’s (Elisabeth Moss) been left out in the cold, stuck alone at that house where she briefly got to see her daughter Hannah (Jordana Blake), after some armed men took Nick (Max Minghella) someplace else. Now, June is left with nobody, no way of contacting anyone, and she’s got no idea what’s going on with Nick, either. Might not be so bad, if she weren’t pregnant.
She goes back into the big mansion, looking for keys or anything that might allow her a way out. The place is deserted, the furniture’s all covered in sheets— there’s nothing to be found, other than preservatives in the cupboards. June searches all over the place, and there isn’t even any electricity anymore. The only other things are the drawings, pictures, and toys of Hannah left lying around.
This prompts June to think of a time back before Gilead, when she was able to be free, to be a mother to her daughter. She remembers saying goodbye to Hannah for a day of school. Even just that separation was horrible enough for the little girl, let alone what they’d later go through in Gilead. And the memory makes June more determined. Soon, she comes across a set of keys, giving her access to the garage.

Inside there’s a car. She’s able to start it up. Then she tunes into a radio station from “somewhere in the Great White North.” She hears about sanctions from the UK on Gilead and various other news about America. There’s a sense of hope in June when she hears this, a sign from the outside world. This is a bit of desperately needed hope for the expecting mother— knowing that the real world, the free world is still out there.
Afterwards, June gathers what supplies she can from inside the house, from canned foods to water to a First Aid kit and anything else of use. She’s preparing to make a getaway using the car. When she’s almost ready to leave, she goes back into the house, looking for some different clothes. In an armoire she finds mostly Martha clothing, aside from one jacket. This takes her back to before, a memory from when she was pregnant. She and her husband Luke (O-T Fagbenle) were getting ready for a book release. He admires her shape. It was a much happier time.
When June returns to the present she hears a vehicle outside. All thought of escape has vanished. Commander Fred Waterford (Joseph Fiennes) and wife Serena Joy (Yvonne Strahovski) have turned up looking for their Handmaid, calling for Offred and Nick. They’re both in a panic, they haven’t heard from Nick. The barren wife is angry, too. She believes the two of them took off together, more so after finding the Handmaid’s signature red frock.
All this turns the married couple against one another. Serena reminds Fred he “raped her yesterday,” while he reminds her that their Handmaid has “always hated” him. They’re further worried about how it’ll look having their pregnant Handmaid run off twice. At the very same time, June’s found a shotgun. She almost brings herself to shoot, but can’t pull the trigger. Not long later the Waterfords finish arguing and leave. But a bigger divide keeps opening between Fred and Serena, as she continually sees what she always should’ve known: her husband doesn’t respect her, he only used her, he needed her to help usher in the authoritarian misogynistic regime of Gilead. She played her part willingly, assuming she’d be rewarded with a baby from another woman. Now she can’t even get that. When June is about to get herself together again, a pain comes.
She recalls a time before, when she was getting ready for the time her baby would show up. She was with Moira (Samira Wiley) and her mother Holly (Cherry Jones), who was showing her a nice place to deliver where it was more comfortable, relatively ‘safer’ than a hospital. Only she didn’t believe her mom was going to be able to put aside work to be there for her.
Cut back to the present— no one is there, she’s all alone. She’s trying to get the garage door open, which only gives her mother belly pains again. If I were her I’d drive right through it. Eventually that looks to be EXACTLY what June’s going to do. She doesn’t have much room to ram the door, and nothing seems to work. Likely it’s frozen. So she tries shovelling out front a bit, exacerbating her pains more. She actually slips and falls, then it looks like her water’s broken. Oh. My. God. This doesn’t put her down, though. June refuses to give up.
It’s back inside the house for her. She lights the fireplace and stays close. That’s when the real bad contractions begin. She again remembers pregnancy before Gilead. She’s in bed while Moira and Luke argue over which playlist to put on for the delivery. A sweet, comforting scene. People surround her, though Holly’s noticeably absent. Far cry from where she is currently, by herself next to a fire in an abandoned mansion. June decides to go outside instead of stay in. She takes the gun outside, firing into the sky, calling out for someone to find her.
Then she goes back upstairs, trying to deal with her coming labour. She pushes and pushes, jumping back to those same memories years before in a real hospital. She also recalls the classes with the other Handmaids, conducted by Aunt Lydia (Ann Dowd). So much pain, yet togetherness between women amongst it. Through everything, June delivers her own child, all by herself in that dark mansion. Just like that, she’s no longer alone. She then remembers before, and Holly arriving, just after Hannah did— this is why she names her new child after her mother, and tells the child of their big sister. 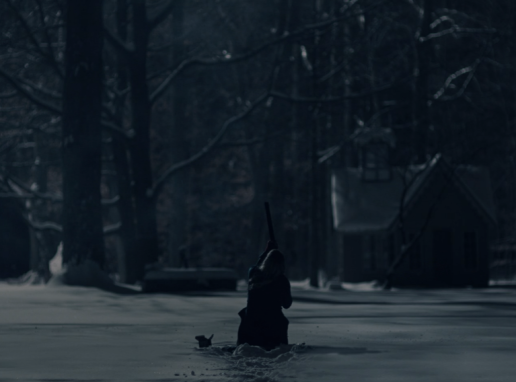 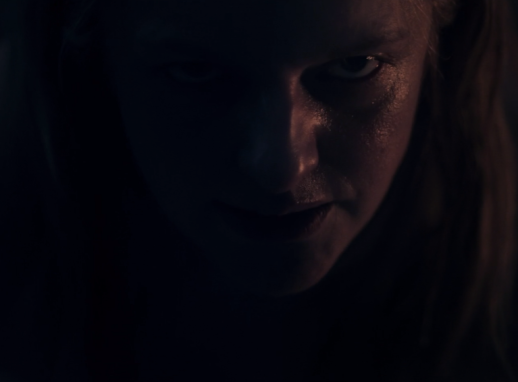 “I tell, therefore you are.”

This episode absolutely wrecked me. In a totally different way than most others, because there was a tenderness in so much of it. Just gorgeous, if not devastating, too. Of course June’s been found, as well. We can assume she’ll be carted back to Gilead soon enough. Maybe things will be worse. Who knows. “Postpartum” is next, and it’s the penultimate Season 2 episode. Buckle up!