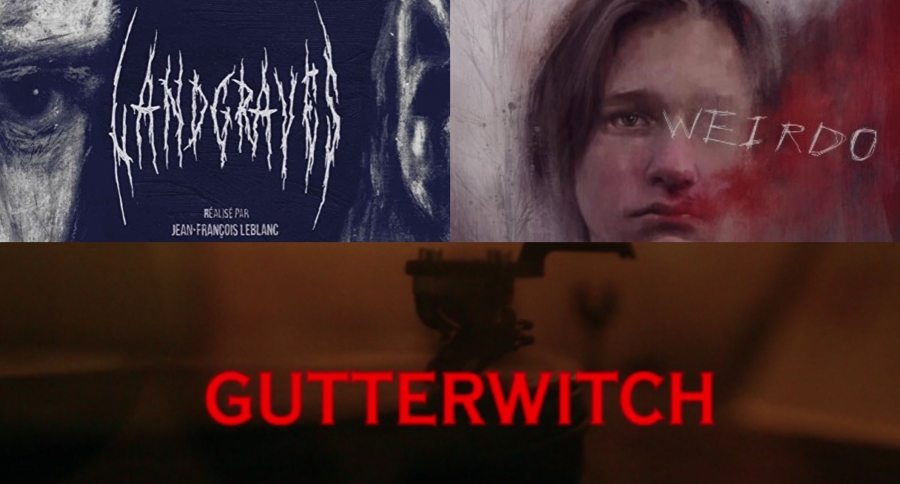 There’s been a renaissance of witchcraft horror in the past decade. Hagazussa, The Witch, the Suspiria remake, Gretel & Hansel—each of these films re-imagined the figure of the witch in ways that take womanhood into account, given witchcraft has historically been a misogynistic device used by a patriarchal system to discredit and oppress women. Gutterwitch is similar, in that it looks at witches from a perspective that involves classic witchcraft ideas but one that doesn’t solely focus on witchy women using their powers for evil.

Libby (Jasmine Blackborow) is a modern urban witch. She makes a living off spells, fortune telling, and hexes. Her main clientele seems to be working class people and criminals, folks most in need of a little magical help. One day, Libby finds someone from her past on her doorstep. This starts to make her magic feel unstable.

“Gig economy, innit?”
I loved Harry Baker’s short because it focuses on witchcraft as a practical practice. Libby lives in a neighbourhood consisting of what looks to be public council housing. She has a friend named Cal (Joey Akubeze) who, along with another man, acts as security. They’re kind of like gutter punks, which makes sense with the film’s title; they don’t appear to be transient, though they’re into a panhandling-type of lifestyle, making money from whatever Libby’s magic can necessitate.
At the same time, Libby’s witchcraft takes on a kind of transient energy. When her sister turns up, Libby says at one point: “I‘m better at looking ahead.” She clearly has issues with the past, and, like a gutter punk, always seeks to keep moving, to never fully settle—Libby would rather look to the future than the past, an allegory illustrated by how she’d prefer to use her magic to tell the future, less sure of the stability of her magic when she reaches into the past. The end of Gutterwitch is an ambiguous one, and made me think a lot. I like to imagine the man going out to dig up one of the spell jars is going to retrieve one Libby buried for herself, related to feelings about her sister/family. Maybe Libby’s changed her mind about certain things; maybe she’s ready to face the past, finally. 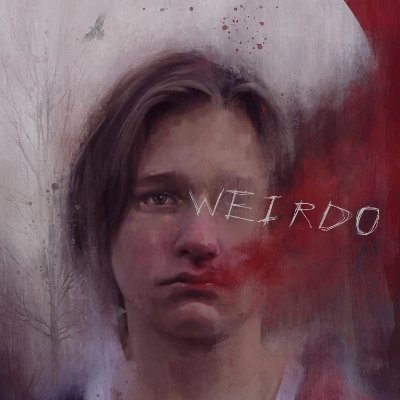 There are short films that leave such an impact they can be described in no better way than a cinematic punch in the face. Ashlea Wessel’s Weirdo is an intense, painful, and horrifying eight minutes that eschews the sentimentality and emotion we so often see in film/TV when fiction confronts bullies. Instead, Wessel goes for ultra grim, macabre horror to depict the insidious damage caused by bullying.

A young boy (Spencer Hanson) is accosted by a bully (Shawn Vincent) on a dirt road in a small town. The boy’s beaten up while a grownup watches and does nothing. Only some other young people save the boy from further violence. When the boy is by himself later, he shows signs of what the abusive bullying has done to him, and they’re monstrous.

Aside from bullying, Wessel’s story looks hard at the bystanders who witness abuse and bullying in our society but, for a number of reasons, decide not to involve themselves to help another human being in need. A bicyclist witnesses the boy being assaulted and chooses to ride off quietly. Afterwards, the boy comes upon the man, who’s crashed brutally on the road; an earlier image of a dead bird’s eyes are mirrored with a shot of the man’s eyes as he lays half dead in the dirt, the system of depersonalisation occurring before our own eyes. What happens from here is a shocking symbol of how a person’s monstrosity can be born from harsh mistreatment, that monstrous behaviour can sometimes be attributed to social isolation, abusive bullying, and other elements. The boy’s actions aren’t justified. They’re presented in a way that, against all reason, we can understand. Weirdo‘s final moments are a bloody, disturbing finish, and they’re simply glorious.

Out of all the great shorts I saw during Nightstream, I’d have to say Landgraves is my #1. Many will enjoy it if they’re horror fans. Many more will enjoy it if they have even passing knowledge of the black metal scene in Norway, particularly the story of Euronymous and Varg Vikernes which seems to loom large over Jean-François Leblanc’s short, penned by Alexandre Auger. Best of all, the film gets into ideas about whether dark, macabre art reflects the actual personalities of the artists, and what danger can occur when that darkness isn’t bound by art, crossing over into reality.

Landgraves are a heavy metal duo—Patrick (Pierre-Luc Brillant) and Éric (Souldia)—who’ve recently started to record music again after serving 10 years for a murder conviction. Jérémie (François Ruel-Côté), a young journalist, manages to get access to Landgraves and travels to the band’s studio in a remote forest. As the journalist gets into the interview he starts to feel welcome, but this turns to paranoia when he wonders if maybe the two musicians have a sinister intent for bringing him out there.

I’ve often gone back and forth in my mind about whether violence (etc) in art influences people, or whether it’s healthy for artists to focus so deeply on dark subjects. I don’t think most people are affected. I also don’t think that’s true for everybody. Most of us understand that representation in film/TV matters, that the way in which Black people/POC/LGBTQ2IA people are represented onscreen has effects on the real lives of people from those communities. It isn’t ridiculous to believe violence (etc) can act in the same way. How the film echoes certain events from the Norwegian black metal scene also plays off this same idea. Landgraves used a picture of the man they killed on their previous album, and the final shot of the short shows that they’ve done something similarly gruesome with their new album—a direct reference to Euronymous, who took Polaroids of Dead a.k.a Per Ohlin after finding his friend/bandmate post-suicide, then used one of the photographs as a bootleg album cover.
Everything about Landgraves feels quite real, so its interrogation of the macabre in art and its effects on artists/audiences feels even more relevant. Leblanc’s film is outstanding, from cinematography to the music to its story, and the discussion it has the ability to generate is exciting, something more films could/should be doing in this day and age.