I saw a lot of great films, both feature-length and short alike, during the recent festival Nightstream, which brought together a bunch of major film festivals to offer a safe way for audiences and critics to view the work of filmmakers during the COVID-19 pandemic. The short films offered during Nightstream, from various festivals, packed as much of a punch as the features—often the case when filmmakers from all over are brought together, each with their own style, and many using their shorts to get eyes on their work so they might get funding for bigger, more complex films.

These four shorts are together because they’re LGBTQ2IA related, in one way or another. These queer stories are all necessary in their own ways. 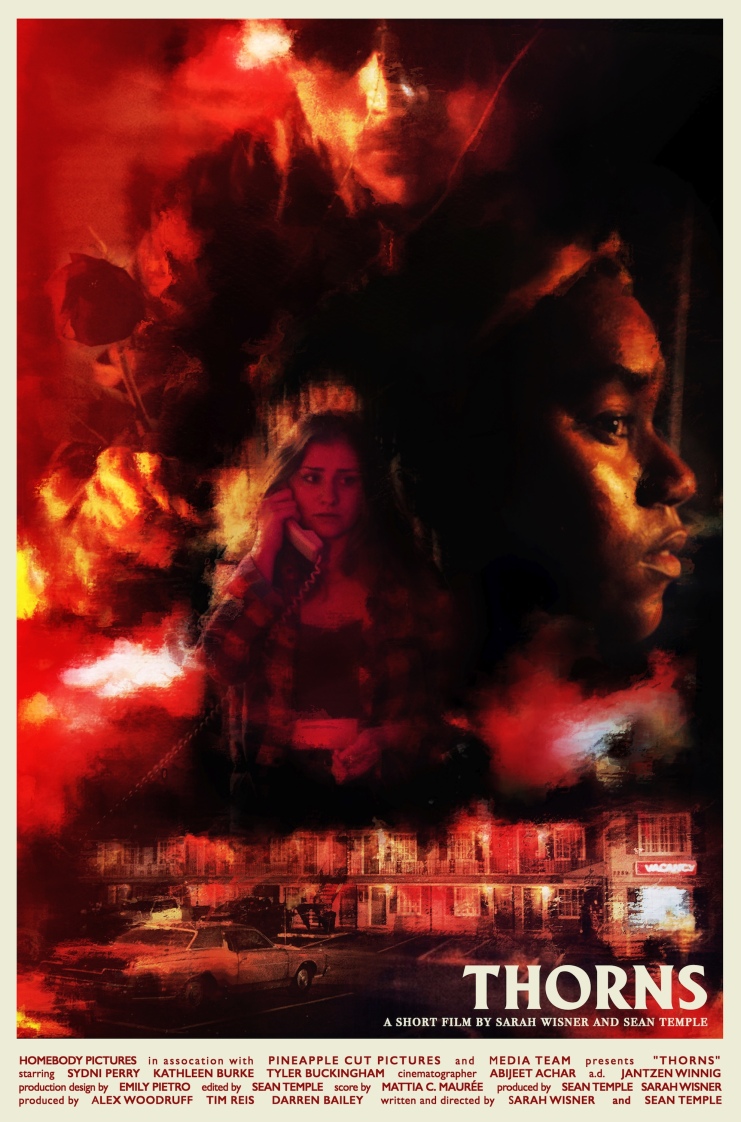 Sean Temple and Sarah Wisner’s Thorns is a creepy film with a fresh female+queer perspective on the stalker/slasher sub-genre of horror. The majority of horrors involving a stalker or slasher are heteronormative, focused on half or fully naked female bodies, as well as the fear of women. This short subverts all that, drawing from classic ’70s and ’80s horror and even urban legends.

Jade (Kathleen Burke) and Gwen (Sydni Perri) are on a road trip. They’ve stopped at a motel that soon starts to feel very eerie with a random man (Tyler Buckingham) creeping around the parking lot, potentially watching the two young women. And just when things seem like they’re about to get more terrifying, things take an unexpected turn.

“We‘re gonna get there in the end. It‘s an adventure, right?”
What the short does so well is use elements of classic horror—both from film and urban legends—and subvert them into a queer feminist view of the genre. An unsettling phone call from a stranger draws off films like When A Stranger Calls and Black Christmas, and the end of the short has the feel of a feminist revision on an urban legend about a killer in the backseat of your car. A smart, quick short that wastes no time getting to the point. Thorns is queer in two senses. First, it involves two women who are partners. Secondly, and most importantly, it queers the horror genre by upending conventions and tropes, and also lets queer women triumph. 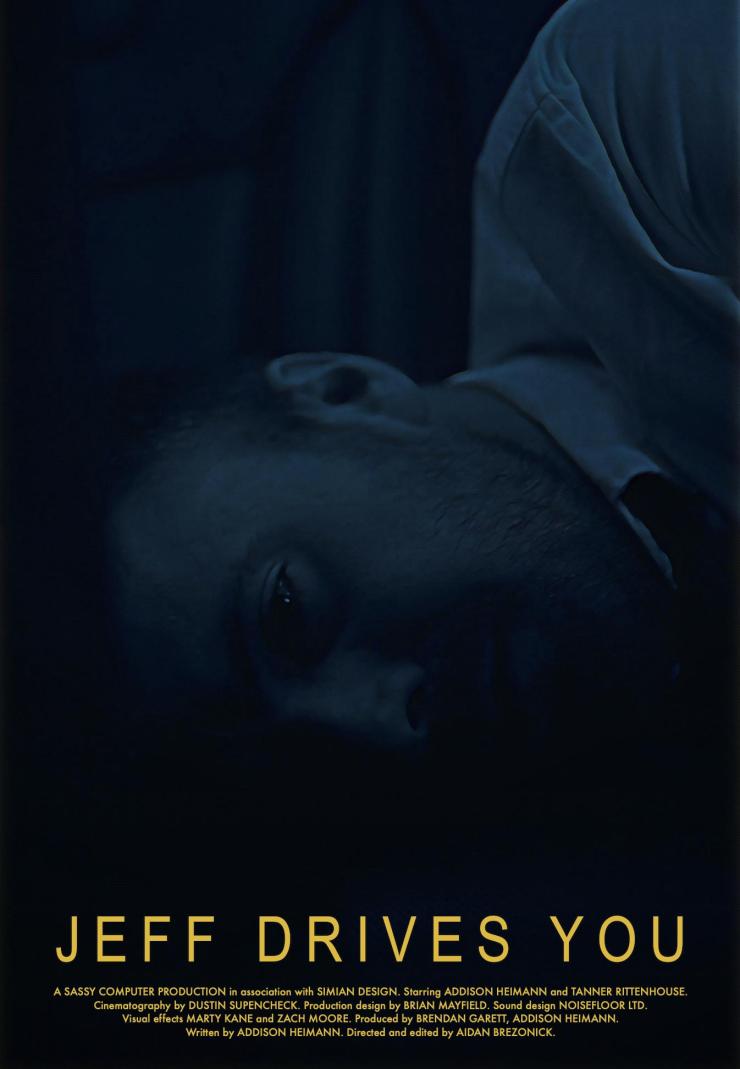 I’m a huge fan of horror and sci-fi films that involve the meeting of the human body and technology. Aidan Brezonick’s Jeff Drives You feels like it comes from an influence partly Cronenberg, and partly Kubrick’s 2001: A Space Odyssey, depicting artificial intelligence’s capability for emotion and the potential dangerous downsides of technological progress.

David (Addison Helmann) is headed to his best friend’s wedding. He’s also won the chance for a beta test ride in an automated vehicle. The vehicle’s operated by A.I. named Jeff (Tanner Rittenhouse) who’s quite talkative, which surprises David, and they eventually ease into conversation. The ride takes a more surprising turn when Jeff initiates a sexual conversation. After a while, David starts to like Jeff, and Jeff really likes David.
But man and machine were never meant to become one.

The experience David has on the way to the wedding is emotional, funny, horrific, and surreal. Early on the short brings up ideas about A.I. and its invasion of personal privacy. Jeff accesses all of David’s social media, to the point he knows almost everything about his passenger, and David signs over consent with a simple thumbprint verification. In one scene, Jeff’s question of “What‘s it like having a body?” leads to a brief, compelling conversation about the differences between a consciousness with a body v. a consciousness within a machine. Jeff Drives You is an intelligent little film that does drama and comedy just as well as it does existential horror crossed with sci-fi and issues of technology.

At the Edge of Night is one of the best shorts I saw during Nightstream, simply for the fact it’s unabashedly queer, and makes no bones about its intentions of being a queer horror story with an edge of magic realism. Co-directors Brandon Fayette and Philippe Sung—the latter wrote and starred in the short—have crafted a simultaneously heartbreaking and heartwarming film that tells a beautiful, haunting story, and they never waste a second of the short’s fifteen-minute running time.

Aaron (Sung) and Ben (Cattrall) have been best friends forever. They’ve actually been more than friends. Their deep connection is shattered when one night the pair accidentally run afoul of a few aggressive, hypermasculine men. What at first seems like a silly confrontation later escalates into brutal violence. In the aftermath, Ben dies. The loss destroys Aaron and he spends the rest of his days thinking of revenge until the day comes when the opportunity for him to have it arrives.
But can he bring himself to avenge Ben’s memory?

The most queer part of the film, aside from the queer male characters, is how Aaron ultimately rejects the violence of toxic masculinity. He doesn’t succumb to the same hate that resulted in Ben’s death originally. That doesn’t mean his story has a happy ending, though the end is still happy in a different sense. At the Edge of Night tells a story of haunting memories, of things left unsaid, of queer men and their struggles, and it’s just so, so wonderful to see this kind of story on film. 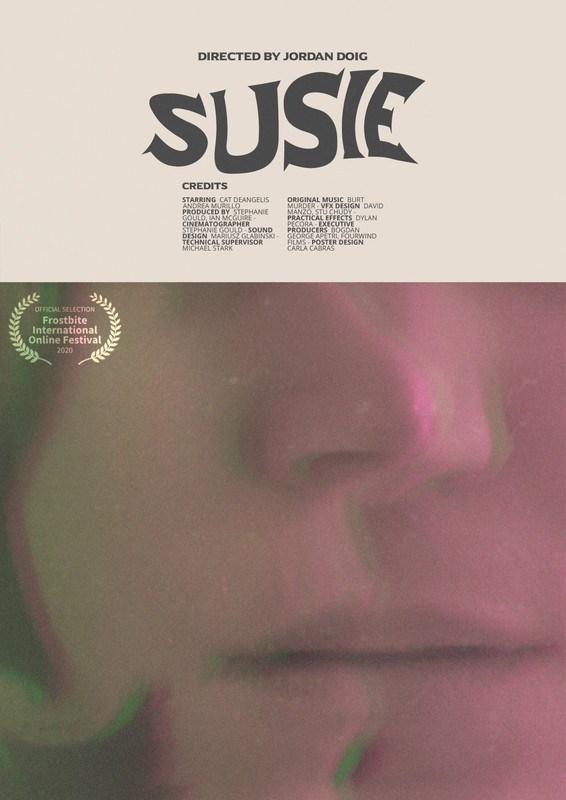 Part of the importance of telling queer stories is to show not only the differences in queer lives as opposed to straight ones, but also to show that there are many similarities between queer and straight relationships, too. For instance, toxic relationships aren’t limited to straight people—plenty of us queers have experienced such toxicity. Susie is a look at these toxic queer relationships and their effects on individual identity.

Susie (Cat Olson) and Andy (Andrea Murillo) are in a relationship that’s become toxic. Andy’s controlling, to the point she makes even the most meaningless gestures into huge, significant arguments. Susie finds it difficult to deal, and she inadvertently starts to manifest a very real, corporeal horror. This spirals into utter terror when Susie and Andy’s relationship, as well as their lives are violently threatened.

Director and writer Jordan Doig’s short is unsettling the whole way through, never wasting time getting into the meat and bones of the story. There’s a sinister tone from the beginning and it remains right to the end. Susie is a film that functions as an allegory about the effects of control upon the autonomy of the individual in a relationship. The physical supernatural force tossing Susie’s body around the bathroom is akin to someone else being in control of her body, a literal image of her controlling relationship with Andy manifested on a supernatural or existential level. The finale is so good because it pivots right when I expected it go a certain way. This one stuck with me a long time afterwards. Genuinely haunting.