This is the first Peter Brunner film I’ve experienced. To say I’ll be diving into the rest of his work now is an understatement. Luzifer is the most powerful film I screened during Fantastic Fest, among a bunch of other great titles. It hasn’t left me since I watched it. The plot is a familiar one in a few ways, involving isolation and religious madness, as well as people in a rural area contending with the ever expanding brutality of modernity. Luzifer is a film in its own category entirely when it comes to how Brunner executes the story and its themes, beginning as a raw, uncomfortable drama before it descends into abject madness and terror.

Maria (Susanne Jensen) is a recovering addict and alcoholic, as well as a survivor of abuse. She lives an isolated existence in the Austrian mountains with her mentally challenged adult son Johannes (Franz Rogowski). The pair conduct religious rituals and live spiritually. They’re also unnaturally close; Maria has a disturbing hold over her son. Their home is soon threatened by a company looking to develop the mountain into a tourist hotspot, but Maria refuses to sell her land. She and her son are attacked one day, which sends them both into a downward spiral, forcing Johannes to take control for the first time in his life. 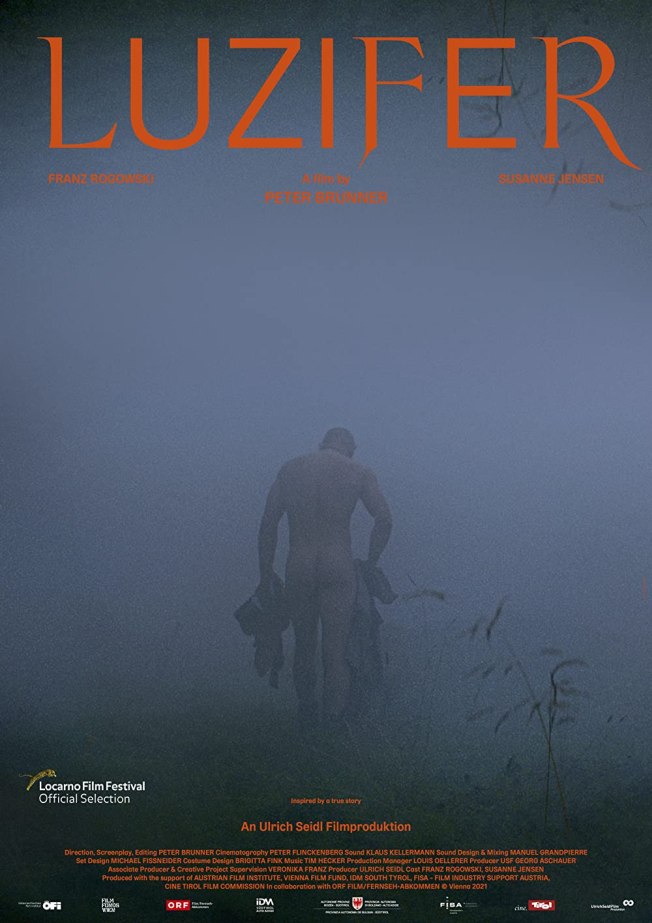 The religious aspects of Luzifer are so compelling because Maria’s substitution of religion for her addiction and alcoholism is a common one, though the way she totally immerses her life in spirituality, to the point of near literal total social isolation, speaks to far deeper issues. Often in medicine we see situations where one addiction is merely replaced with a different, less harmful one; heroin addicts are weaned onto methadone, smokers can take a pill to stop their habit. Same as people who escape addictive behaviour by replacing it with a new one that doesn’t do them damage; it’s still replacing one addiction with another. Maria escapes her addiction issues via religious faith. The problem is she becomes beyond obsessed with her faith, dragging Johannes into it and warping his whole world through her personal, distorted vision of Jesus Christ.

Luzifer presents the struggle of Maria and Johannes against the company trying to privatise the mountain and the loggers as representative of a struggle against the worst aspects of modernity—against the destructive forces of capitalism that continue to erode the natural world in the name of wealth and supposed progress. Brunner’s film shows the truth of the modern world: privatisation of nature leads to nature’s destruction. Of course that destruction takes on a more unsettling form when the encroaching modern world causes violent ripples in Maria and Johannes’s lives.

In a way, Maria has spiritually privatised Johannes’s body and mind by isolating him, giving him nothing to understand about the world outside of her version of Christianity. And, similar to the way privatising nature leads to its ultimate destruction, the mother’s spiritual privatisation of her son’s existence leads to her, and her son’s, own destruction. One noticeable and haunting effect Maria’s spiritual privatisation has on Johannes is his resulting confused sexuality. We see Maria make Johannes rub her breast in one scene, as if it’s not a sexual act, and he repeats this same act when he’s having sex with his veterinarian friend until the woman leads him through sex. Later, Johannes blames his having sex for his mother going on a rough binge, so he puts a modified crampon on his genitals, a method created by Maria for mortification of the flesh. Finally we see Johannes at what you could call the holy tree, where he and his mother often pray and other things, with his pants pulled down and his hands up, like the wires for religion and sexuality are crossed in his brain. This confused sexuality in Johannes reveals a larger part of how his mother has manipulated him, in that she’s generally hidden the truth about everything from him.
The hole in the mountain we see frequently throughout Luzifer is a yonic image which represents the forbidden female, in that Maria has sexually repressed her son. The yonic mountain cave symbolises the forbidden truth in general, as Maria’s hidden the truth about a lot of things from her son; even Johannes’s father’s death is unclear to him, coming in strange dream images of his father with a broken arm, standing in a mountain lake. Once Maria’s dead and gone, Johannes’s final act is to head towards the “hole–cave” or “Hell” as he calls it, a place coded as both the location of forbidden female sexuality and the location of truth. 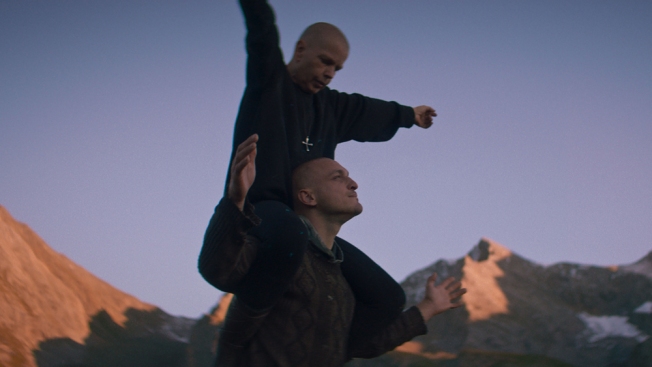 While certain elements in Luzifer are comparable to other horror and thriller films that depict downward spirals into religious madness, Brunner’s film is incomparable to anything else. Apart from theme, the film contains two remarkable performances from Jensen and Rogowski. The chemistry between the two actors is incredible, and the level of comfort they needed together was an important aspect of what makes the whole thing work. It’s Jensen whose performance truly stuns, especially because it’s her first real film role. Her actual history of childhood sexual abuse brings a level of gravitas to her performance as Maria, she understands the trauma that leads people to addiction, and the way she throws herself physically into the role is unforgettable.

The messages in Luzifer are plenty, in terms of this essay’s reading of the film. The first: capitalists who want to buy up every stitch of land are ruthless, and they’ll stop at nothing to get what they want, no matter how much money or human destruction it costs. Second: there’s nothing wrong with faith, except when used as a tool for something else, whether it’s recovery or control. Particularly since industrialisation there’s been no force known to the world as devastating as capitalism. Yet since time immemorial religion has been perhaps the most destructive force of all. Though faith can do so much good, and has the capability to bring many people together, it can do so much to destroy the bonds between us, even between mother and son. Throughout the course of the film, Johannes goes from his mother’s “little Jesus” to her own personal Satan, a tragic story she helped write with her twisted religious domineering.