Eugene wakes up next to Stephanie as she reads through some of his latest writing. She says she’s proud of him. He then gives her a key to his place, hoping they’ll see even more of each other. They share I love yous and kiss, too. Life is pretty darn good, even if they’re in the faschy Commonwealth. Later, Eugene talks with Princess about his relationship with Stephanie, and he’s still unsure of how things will go. Princess says to go with the flow: if Stephanie says she loves Eugene then it’s real. Except things change, and now Stephanie’s mysteriously missing all of a sudden. Or, well, she’s frantically packing her things. Where’s she going?
More importantly, why is she leaving and what’s got her so scared?

Kelly and Connie want to get to the truth about what happened with Tyler at the party. They know there’s something more than the “mental health crisis” the Commonwealth are calling it. Connie urges that the Commonwealth media should be telling the truth of the events as they played out, whereas those in charge want to stick with Pamela’s version of events. Quite a society that’s been built here! What is it The Who said: “Meet the new boss, same as the old boss“? 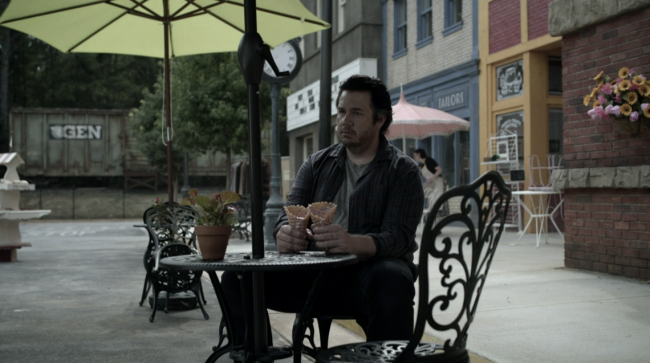 Rosita and her Storm Trooper pal do a wellness check at Stephanie’s place; they find nothing. This pushes Eugene to want to make a formal statement about Stephanie’s disappearance. With all the Commonwealth bureaucracy, Eugene’s inquiry will surely go well. Someplace else, Carol’s on a carriage ride with Hornsby. He’s trying to convince her to be part of their society, rather than continuing to see it as ‘us v. them.’ He explains a bit about how things run in the Commonwealth. He worked his way up from the bottom of the class hierarchy, into the good graces of the Milton family. Lot of talk about “patriots.” Oh, lord. Then Carol and Hornsby reach a farm where a bunch of folks are making drugs; they use opium in the hospital. This place isn’t officially part of the Commonwealth. A guy named Moto (William Mark McCullough) runs the farm. Lately there’s trouble because people want a raise, or they’re going to let the latest harvest die.

Princess goes to see Eugene, whose apartment is now a spider web of information about Stephanie’s disappearance. Eugene tells Princess he stumbled onto a guy he recognised from Stephanie’s place the evening she went missing. He pleads with the man for any info but gets nothing. It only left Eugene more suspicious. He followed the supposed plumber, Roman Calhoun (Michael Tourek), who is “most definitely not a plumber.” Great kind of neo-noir sequence here as Eugene recounts what for now is a conspiracy theory. He believes in a “rogue element” at work. He thinks Stephanie went on the run because she had sensitive information they didn’t want exposed.
In the woods, Connie’s searching for sensitive info of her own, questioning Mercer in her official capacity as part of the Commonwealth media. She asks about Tyler again and pushes for answers as to why he’s being kept under such tight surveillance. She doesn’t get answers, only more confirmation from Mercer that the Commonwealth isn’t exactly concerned with genuine freedom of speech or of the press. Back at the farm, Hornsby and Moto fish while they negotiate. Carol notices a woman with a bandage around her wrist, who’s trying to hide it. Something bad’s probably going on at that place. Wouldn’t be surprising. Carol discovers Moto’s taking all the money meant for raises, using intimidation and violence to keep people quiet which is how the recent strike developed. So Hornsby has Moto arrested. Bless Carol’s heart; always looking out for the little person. 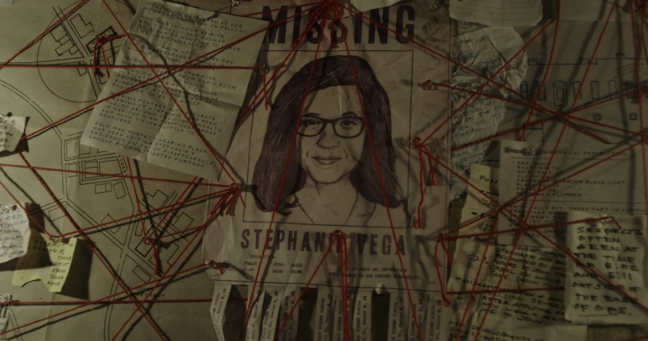 This episode has a wonderful neo-noir/spy film flavour between Connie on the search for answers via the media and Eugene, along with Princess, tracking Calhoun to seek out the truth behind Stephanie’s sudden escape. Princess, very reluctantly, helps Eugene slip into Calhoun’s apartment while the guy is out and they discover a secret stash of knives and guns. They’re also interrupted when Calhoun returns, though they slip out of his place without detection—until Commonwealth Storm Troopers arrive. Uh oh.

At the hospital, Mercer asks around about where Tyler went—the young man’s not in his room any longer and there are no guards watching the room, either. Is the big head of security being cut out of the loop? He’s pretty damn angry he wasn’t the one who authorised Tyler being moved. Then there’s Eugene and Princess getting a visit from Hornsby in their jail cell. The bougie businessman’s got all sorts of evidence to backup the idea that Calhoun’s not suspicious whatsoever. Everything is all right, everything’s in its right place, so says Hornsby. There’ll be no further trouble if Eugene just gives up his little investigation. But Eugene’s only pretending to give up for Hornsby. He won’t actually give up. Princess thinks it was just Stephanie breaking up with Eugene and getting away. Then why would Stephanie declare her love, just to run off?

That night, Connie and Kelly see the light flash at their door, likely rigged up for Connie so people don’t have to knock. Outside their apartment they find a piece of paper outside with a list of names on it and the final one is Tyler Davis. Could this be a list of so-called traitors to the state? Were they being rounded up? Did they force Tyler to name names while they had him locked in the hospital? Conspiracy theories abound!
Eugene hasn’t let up, either. He continues searching for more clues, only to run into a couple people in the dark, one of whom is Stephanie herself. Hornsby’s there, too. What has Eugene stumbled upon here? He confronts Hornsby, asking for the truth. Stephanie’s never actually been Stephanie. She was used to get Eugene and his people where the Commonwealth wanted them. All the conspiracy theory thinking was actually just “Occam‘s razor,” as Eugene, as always, so eloquently puts it. The reality of the truth nearly breaks Eugene. Now he wants to expose it. Probably won’t happen, if Hornsby has anything to do with it, especially with the document Eugene signed at the prison. Hornsby passes it off like the Commonwealth has been a gift to Eugene and his friends, despite the deception and deviousness. Hard pill to swallow.

But then we see Eugene later on meeting someone who says she was the one he actually talked to on the radio. 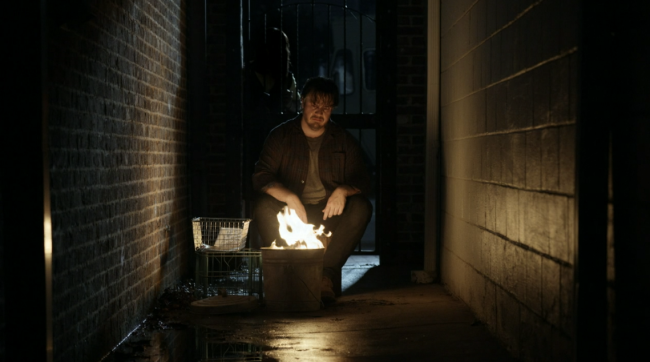