The penultimate episode upon us, its title comes from a John Singer Sargent painting formally known as Portrait of Madame X, but also just as Madame X; you can find it here.
So has the truth come out? Are Garrett (Antony Starr) and his mother Madeline (Virginia Madsen) telling the truth?
For now, they’re dealing with the diorama of their house including a figurine of each family member dead. Everybody’s back under one roof, as Brady (Elliot Knight) comes back with Garrett. Cam (Justin Chatwin) takes Jack (Gabriel Bateman) away, not wanting to be in a house supposedly targeted by the accomplice to the Silver Bells Killer. Most interesting is that Tess (Megan Ketch) appreciates what her older brother did for her. She tells Garrett: “You should run.” All but begging him. To start a new life, maybe get the chance to be a part of his son’s life with Christina (Catalina Sandino Moreno), someday. But he doesn’t want to do that. He’s all about family. “No more running,” he tells Tessa.
One thing’s for sure, Garrett and Madeline have fallen out completely. No love there. As far as legality goes, they’re both given suspended sentences so long as they cooperate with the investigation.
Oh, Alison (Juliet Rylance). She can’t let go of Naomi, who’s back in Boston for a little while. Their relationship was clearly more deep than a fling. You can tell just by how they talk to one another. When there’s cable being run in the Hawthorne residence, Alison discovers a box of silver bells in a vent. The ones Madeline said were gone so long ago. Uh oh. The police are doing their jobs now, all over, from fingerprinting the little diorama mansion to a sketch artist. Detective Cutter (Deirdre Lovejoy) and Detective Ross aren’t exactly pleased with two completely different drawings from the mother-son descriptions. But then Garrett remembers a tattoo on the man’s chest; a Brigid’s cross. Not exactly a perfect clue. A clue nonetheless.
Young Jack (Gabriel Bateman) relaxes watching stuff about jellyfish while his mother Sophie (Stephanie Leonidas) sneaks in, locking Cam in the bathroom. “You wanna go for a ride?” she asks her son. Shit. I do not like the sounds of this, I don’t know she’s capable of, really. By the time Cam breaks out of the bathroom, she’s gone with Jack in tow, and a knife in her husband’s tire.
Alison figures out that her mother is the likely culprit of Jennifer Windham’s death. Yikes! That woman is one bad bitch. Even admits to her daughter what she’d done. All for the family, right? Oh, my. “You can justify anything,” Alison nearly weeps. She further pieces together that her mother killed off her father in the hospital. So ole Madeline’s officially a serial killer, I guess. And incredibly delusional. 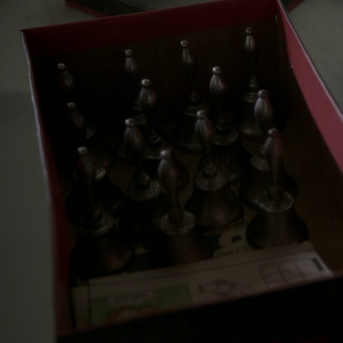 Cam’s attempting to figure out where his wife has gone with their son, enlisting his sister Tess to help. They try tracking her down via credit card purchases, a bit of slick work from a couple rich kids. At the same time, Alison has the whole dilemma of wondering what to do about their mother. She’s too busy thinking about Naomi, though.
Over at her husband’s final resting place Madeline stows cash, a passport, all that good stuff. Just in case. Meanwhile, Garrett is at the station with Brady asking for a bit of help to track down Christina. We get a nice topical joke from Brady: “You need anything else? Maybe Hillary‘s e–mails, or Trump‘s tax returns?” At first I thought it was cheesy. Then I laughed a bunch. What we do find out: the accomplice must be female. The prints on the dollhouse diorama confirm it.
And so Alison tosses the silver bells box into the river. Letting the memories and souvenirs rest. Good idea? Certainly not the morally best idea. She lets her mother know, which obviously puts Madeline’s mind at ease. However, the ties are being cut. “As far as I‘m concerned you no longer exist,” Alison tells her before leaving. Ouch. Slash totally understandable.
Sophie took Jack to an aquarium. Nice gesture, if she didn’t technically kidnap him. When Tess and Cam show up, the husband and wife have a little confrontation. She talks about wanting “one last memory” and hopes her boy won’t forget his mother. I worry she might do something to herself. She isn’t a good mother, or person, but still…

The detectives have Garrett trying to identify SBK, except nothing comes out. All of a sudden, Brady wonders if maybe the Brigid’s cross was meant for more than the symbol; maybe it was for a name. When they track down a name, Garrett finally recognises the man himself, the dreaded Silver Bells.
Turns out Naomi may be more important than anyone thought. She’s the daughter of the Silver Bells Killer, having reinvented herself to slip inside the inner circle of the Hawthorne family. A place where she could destroy them easily. 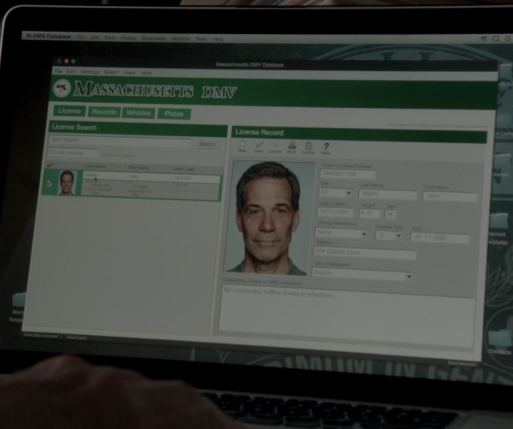 WHOA! Nice little shock at the end.
The finale is titled “Whistler’s Mother” and I can’t wait to dig in.