Birdman tells the story of Riggan Thomson (Michael Keaton) who was once playing the superhero Birdman in big movies. Now, he’s doing the stage. He has adapted Raymond Carver, specifically. All this stems from when he was a young man and supposedly Carver attended one of his performances; afterwards, the famous author drunkenly scribbled a note to a young Thomson on a cocktail napkin. Unfortunately, his stage play is suffering under the weight of many things – his ego, a rough relationship with his daughter (Emma Stone), a new and cocky actor (Edward Norton playing a meta-version of himself), et cetera. All of these things threaten to tear him apart, so the question is – can he hold it all together?

I’ve always enjoyed Keaton. I think he is generally under appreciated. While this movie is giving him a wave of high praise to ride on, I believe there are other performances before this which have solidified him as a wonderful actor – just a few are the Tim Burton Batman films, still my favourite Batman, Night Shift, Beetlejuice, and Jackie Brown. I do love his performance here in Birdman. I definitely would put this in his top roles of all-time, no doubt. I don’t take him to be much like his character in real life, though, I’m sure some of the character is a little relatable just in terms of how his career must have went initially after the fame of Batman slowly faded. Either way, Keaton puts a lot of effort into this movie. I thought it was a really full-hearted performance. He definitely put all he is worth into this character. It shows. 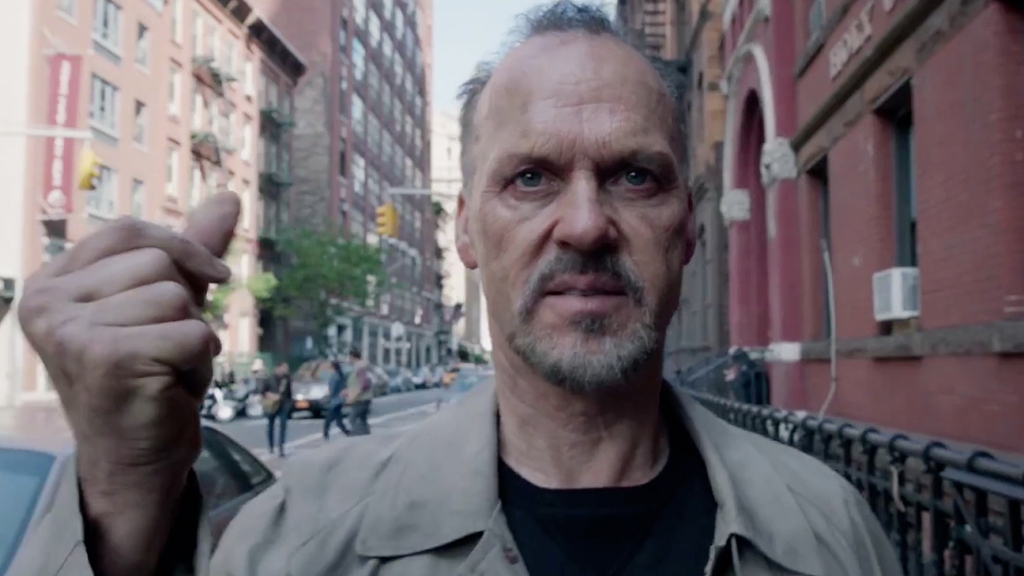 The other performances are really something, too. I enjoyed Norton, as I always do. He has a reputation for being somewhat difficult to work with, so I’m sure it was at least a little fun for him to fool around with this character. It’s like a meta-version of Norton himself almost.

Another person who I thought truly stood out was Emma Stone. She’s a really great young actress. Though, I’m not actually a huge fan of the movies she has done in the past, except for maybe Zombieland and her role in Superbad, I do think Stone has talent. In this film, she did a fantastic job with the character of Sam, Riggan’s daughter. There was something really vulnerable about the character, and yet also she came across as quite a strong woman. The relationship between Keaton and Stone worked real well, I thought. Both of them played great as a father-daughter duo who have seen hard times. A couple real great moments with them.

I am a big fan of Alejandro González Iñárritu. In fact, Amores Perros is the first non-english film I’d ever seen. I believe I was about sixteen years old. The film really moved me, so much so I had the title tattooed on my wrist. It’s a fascinating movie. Then later I saw 21 Grams, and then Babel, and Biutiful – I loved each of these. He is an interesting, unique filmmaker. I love the approach he has to subjects. This is one of the reasons Birdman is most definitely a real good film. Just the way Iñárritu shot everything here to look as if it were one long uninterrupted take is really innovative. Now, of course, you can find the meticulous little places where Iñárritu decided to hide his quick cuts, but you really do have to be paying full attention, as well as give a shit about such things. I really enjoyed this. It’s a wild way to make a movie, and it could have come off really terribly. That being said, I think Iñárritu pulls it off here in grand style.

All that aside, I don’t think Iñárritu’s film is a perfect and as amazing as the glorious reviews will have you believe. It’s ambitious, it has great performances, and a decent script. However, I do find at times the theme, or the message if you will, behind Birdman is a little too divisive. And not in a good sense, in the way of opinions. I think the message is really heavy handed. At one point, Birdman is telling Riggan how people want to “see action” and not this talk, talk, talk, philosophical stuff. It’s a great point to try and make, I just think it comes across really ham fisted. Like it’s saying if you enjoy action, you’re dumb. I’m on the side of the fence where I don’t care about Marvel – I don’t want any more superhero movies for awhile, even though I’m a huge Batman fan, in all forms of media, and have been for a long time – I just don’t want the market flooded with all this CGI-infested junk constantly. On the other hand, I also don’t want to be told that action, et cetera, is some sort of lower art form. I know there is black comedy in here, there are a lot of digs at the artists themselves, some of the material is no doubt pointed at artists in general – but still, I think this comes across as preachy to some. I love this movie. I just think some of these bits could have been toned down a little more, so as not to alienate people. Perhaps some might say “who cares about those people”, and that’s fine, but I think there was a way of achieving what Iñárritu wanted to do without being a bit snobbish. Just one man’s opinion. Or maybe I’m wrong. Perhaps the point is that there is ego in all things, no matter if it’s an action-based superhero film or a stage play, or whatever – there is always an air of pretentiousness behind art, in whichever form it may come. Maybe that’s the point, I don’t know. I take it in the way I do, just as others will in their own way. I respect if others see the film in another light. 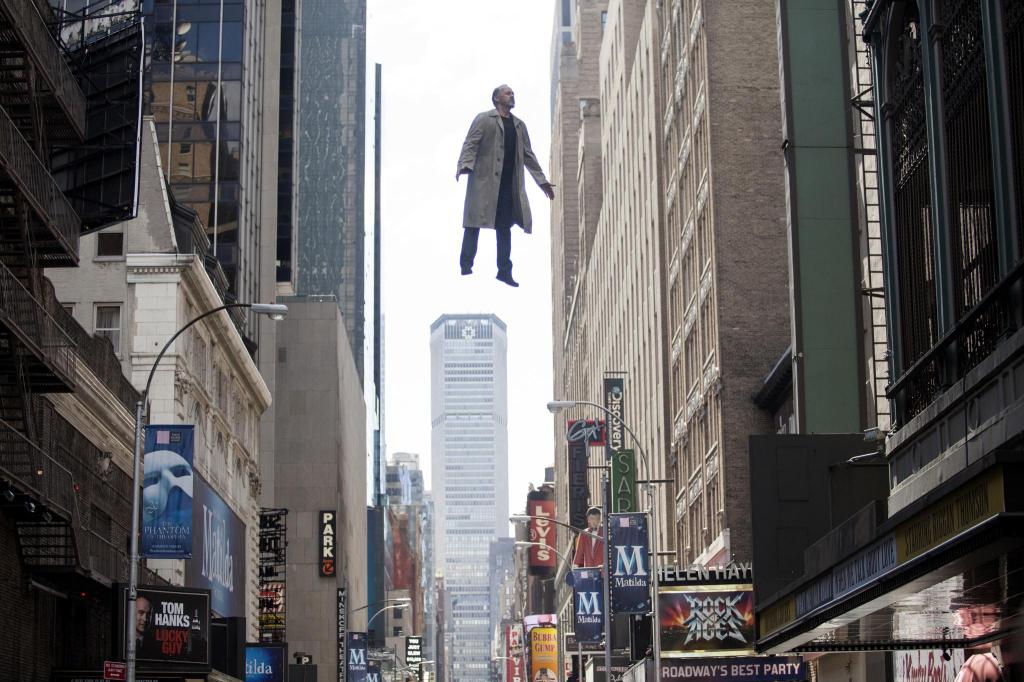 This is most definitely a 4 out of 5 star film for me. It is certainly a great movie, and I don’t doubt for a second this is on many Best Of lists from last year. Me – I didn’t love it as much as other movies. I really enjoyed it, a lot, and would watch it again. I will, absolutely. I just don’t think it’s as great as the hype will have you convinced. Definitely worth seeing. If not just for the fact Iñárritu does a fascinating job at weaving the camera in and around the locations of the film, from actor to actor, very naturally and beautifully. I’m in no way talking the film down, because if you don’t already know I have a few real unpopular opinions about some movies (I’m the kind who loves a few movies that are generally considered terrible – example: Exorcist II: The Heretic). This is merely my opinion. I still think it’s a fantastically honed piece of work. Destined to be a classic of cinema down the road, if not already with the praise it’s receiving. Keaton, especially, I really loved. Check this out – let me know what you thought about it in the comments!