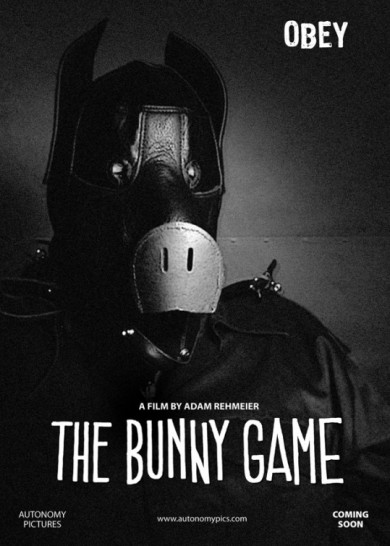 Sometimes there comes along a film that is so dreary and needlessly graphic that I question why it was ever made. Now, before anyone says “Well if you can’t handle it then that’s not the film’s problem”, let me tell you this – I’ve seen plenty of disgusting, disturbing, outrageously graphic, gory, and beyond fucked up films in my time. I’ve seen a little over 4,100 movies in total. Many, many of those are horror. I’ve seen my fair share of good horror, as well as a lion’s share of terribly made, awful horror movies. I own Cannibal Holocaust, which is a nasty piece of work, and I’ve actually seen Salò, or the 120 Days of Sodom one more than once occasion – don’t ask me why. Plus, I’d actually consider those good horror. Then there’s the type of stuff I’ve just about perished while trying to watch, like the absolutely terrible August Underground stuff; pure, utter tripe, does nothing for the genre except make it look awful. Realistic? Sure. Realism does equate to quality, though.
So when I say that The Bunny Game is a grim and dreary, nasty piece of work, I’m saying it in the sense that it is all that but nothing comes of it. It’s not a good film overall. Ultimately, this is one of those brutal horror films which goes nowhere with what it’s trying to accomplish, and by the end you’re just wondering: A) why didn’t I turn this off sooner?, and B) I hope nobody makes a sequel to this one.
Either way, the result of The Bunny Game is not, as some no doubt paid crew members have spouted off on IMDB and other sites, in any way the reinvention of the genre. No way, shape, or form is it anything close. I never like to rag too hard on a film, but unfortunately for this one I just cannot find the words to express anything enjoyable or positive about any aspect of this muggy turd. 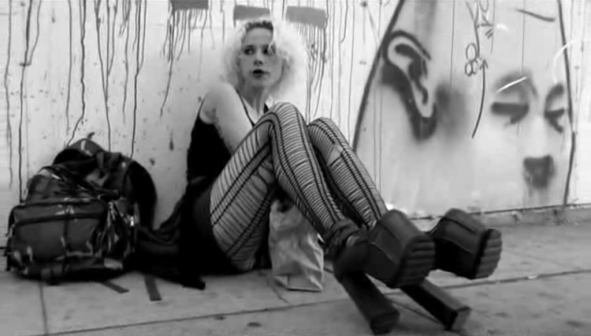 Bunny (Rodleen Getsic) is an unfortunate soul, left on the streets – who knows what her sad story truly is – and resorting to prostitution.
She goes from one motel room to the next, searching for another meal, trying to stay high and alive. She squats and pees on the side of the road because she has nowhere else to go. She’s also so coked up that she passes out; one of Bunny’s customers goes ahead and has sex with her anyways, then proceeds to loot the bag she carries around constantly. After waking up to find the trust backpack empty, she loses her mind. But it’s just back out on the street once more, on to another miserable day.
Finally, she gets picked up by a trucker who wants to do some drugs with her; he needs a pick me up after a long stretch on the road. But that’s not all he wants – Bunny is taken hostage, thrown into the back of his truck, where a camera is setup, there are chains, and the trucker has plenty of sick games in mind for the poor, lonely girl.

At times we’re treated to these shots that go on for what feels like eternity, and I’m truly at a loss as to why they’re in film. I get that the trucker guy this insane dude, is supposed to be developed slightly before things get going into the brutality full-on. However, having this man just walk around a little, smoke some cigarettes, drive – I mean, what’s the purpose? Perhaps if there were some nuisance, subtlety in this character, or in the performance, there’d be a reason to focus so much on him in such a languid, boring way. The camera’s not doing anything interesting, we’re simply watching this man. There’s nothing going on much in his face, in his mannerisms, though, I suspect there should be. We’re just not seeing much.
Then he climbs into the back of the truck with Bunny, who is out completely cold, and the real misogyny and nastiness begins. I honestly loathe the stupid “torture porn” label because I think it’s stupid, although I realize what the label is meant to convey. That being said, I’d go ahead and say this is the concept of “torture porn” at its worst, at the most base and vile it can be on film. We’ve got to watch this mental trucker suck on Bunny’s nipples, play with her earlobes and other weird sexual stuff. It’s fine to have a character that deranged in the movie, but why do you have to explicitly show all this stuff? Only makes things disgusting. There’s nothing scary about what he’s doing, it’s the same as watching a badly lit, poorly shot pornographic movie that’s all about sadomasochism and extreme bondage. That’s pretty much what this whole section felt like, as he trucker revels in having Bunny captured in the back of his truck’s trailer. You don’t have to go subtle on every last creepy/scary scene. For me, though, I find there needs to be some sort of tension through not having to graphically see every last bit of the nasty business. Adam Rehmeier says fuck that. Leave nothing to the imagination.
Also, just the fact that the trucker does a bunch of nonsense supposedly “crazy” stuff, it really took me out of things. So much overacting. Awful, really. I thought it was bad, others think he’s some kind of amazing villain. Seriously? I couldn’t get into it. One bit of bad shlock after the other. Huff gas – go crazy – laugh – tell Bunny to shut up or shhhh – repeat.

The black-and-white also did nought for me. I honestly gave The Human Centipede II a star or so just because I found Tom Six’s use of black-and-white pretty interesting in some of the more tame scenes. They gave it a nice off-kilter feel that was very creepy. Here, The Bunny Game feels like it used black-and-white to try and force the idea that this is somehow an innovative or interesting film. There is nothing good about the movie and the use of black-and-white only made things more dismal; not in a good sense.
Ultimately, the whole movie is a bunch of perverse nonsense, mixed with Rodleen Getsic screaming at the top of her lungs a little, plus a ton of quiet, boring moments with the trucker doing nothing at all. Honestly, I don’t jump on a film for the sake of jumping on it. I’m actually one of the types who is often a fan of films people hate – not as a rule, there are just a handful or so of movies I love that others despise (like Exorcist II – fucking love it!). But I just simply can’t bring myself to like what Adam Rehmeier has done here. There’s nothing inspiring in terms of the horror genre, it’s a retread through territory we’ve seen before, just as nasty, but there are plenty of so-called “torture porn” films out there which aren’t this terribly made or as horrid for no purpose.

I also saw, maybe on Bloody Disgusting or a similar site, that someone said this was extremely well edited. Is that truly their opinion? My good lord Satan. If they think this is masterful editing, I don’t want to see what they find to be bad examples of editing. Because this is, at times, like a black-and-white music video on crack. There’s a frenetic quality to it that’s absolute irritating, as well as fairly useless in my opinion. I really hated the way this was edited, and to think others found that to be one of its best, probably its only, good aspect – I can’t fathom what other poor movies they think contain nice editing. There’s not a moment where I found myself impressed by any of the technical side to The Bunny Game. I’m not trying to be mean: there’s nothing here that’s any good.

In all good conscience, I cannot give this film a single star. On IMDB, you can’t give 0 ratings, so if you happen to come across my ratings page on there and see it has 1 star, versus my 0 here, just remember: they won’t let you do it.
There is not a solitary redeeming aspect of The Bunny Game. It aims to be terrifying and disturbing, and while it may come across as the later at plenty of moments there’s nothing overall scary about this film. There’s not an ounce of suspense or tension in the whole lot; that’s enough to kill any horror. The acting is bad. There’s mostly a lot of yelling and screaming and spitting and weird touching and sexualization at every near, but no good acting, the script is complete trash, and the thing is filmed poorly.
I suggest that you see this only if you’re a completist, or if you’re one of those people who gets off on terrible horror that borders on the line of being the recreation of a snuff film. Otherwise, pick up a better bit of horror and have yourself an enjoyably creepy view! This didn’t make me feel anything, not for a second, and if a horror doesn’t scare me, even in the slightest sense, I don’t see what the point of it is in the end.