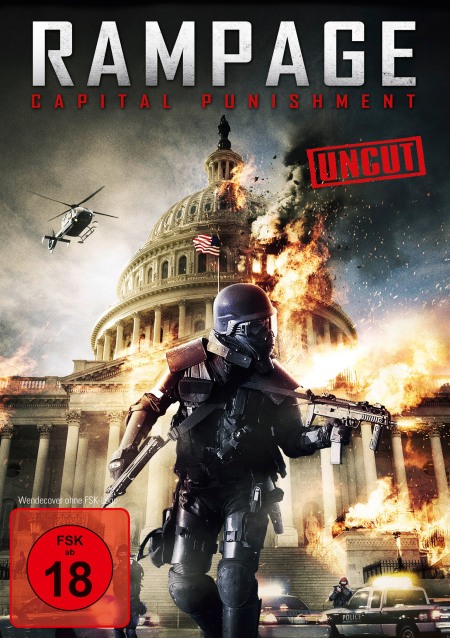 I don’t like to rag on any filmmakers, no matter if their finished films are garbage. Because as a writer myself, as someone who has acted on stage a good deal throughout his life, I know exactly what it’s like to craft your art and then put it out for people to see. Not saying we need to pussyfoot around, holding in our true feelings. Not at all. I’d rather someone tell me what’s bad about my writing than for them to pretend it’s any good. Constructive criticism is better for that purpose, rather than completely tearing somebody down. Be critical, give your consensus about what you’ve seen (/heard/whatever) and try to help an artist grow. Don’t tear them down.
That’s something Uwe Boll has dealt with in droves throughout his 30+ films in a career spanning two and a half decades. Probably because, honestly, most of his films aren’t good. Yet I can admit when there are exceptions to the rule. For instance, the first Rampage movie was a lot of (dark) fun, and I think Boll both used his own rage at critics and the general changing attitudes about America to create a wild bit of action. I enjoyed Stoic, too. For all its terrifying morbid.
Boll does his first film a disservice with this sequel, Rampage: Capital Punishment. He had an interesting concept, a raw and genuine lead character. He used the action wisely, to pretty great effect. Some of the main character’s rants were a little over-the-top. They were enjoyable, though, and Boll hit a nerve with the character himself, the idea of a lost American Dream, how that idea then warps people into many twisted forms. But the sequel; my god, what a squandered opportunity. Boll doesn’t manage to capture much of what made the first film so unexpectedly enjoyable. It comes off as forced, even with a couple well designed and executed sequences. Most annoyingly, there are a bunch of clips from the original used, ad nauseum, and that’s something I really hate in sequels. Laziness, pure and simple. So what good will Uwe built up with the previous chapter, he all but totally undoes with Capital Punishment.

The opening 20 minutes are a pain. With new footage of Bill Williamson (Fletcher) playing, we’re treated to a lot of confusingly edited flashbacks. It’s really a travesty of a sequence to start off the movie. Boll does himself no favours here, by getting slack with his writing and instead of things being exciting right off the bat they become sluggish. By the time Bill gets into rampage mode, it’s almost gotten boring. Certainly it’s predictable.
Certain parts of the rants from Bill get more tedious and trite in the sequel, as well. Boll made some nice, poignant (believe it or not) points in the first screenplay. Occasionally overboard, but mostly decent.
With this one he can’t resist, going mad over the page. Whereas the original plan by Bill sort of involves an attack on the failed American Dream, the lies government have built upon over the years, so on. In the beginning of this film, he’s almost advocating full scale genocide to reduce global population. I mean, there’s a limit where you have to say, okay this is off the rails. And it is, Boll loses sight now and then of exactly what he was trying to say. A few lines, such as a Karl Marx name drop and a nice tirade against Stephen Spielberg’s Lincoln, are actually awesome. Bill’s rants do sometimes touch on the appropriate nerve. More often than not they ramble on into irrelevance. 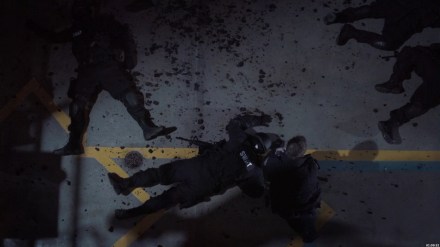 One of the things which keeps the first movie so interesting, and one of this sequel’s only saving graces, is that Bill Williamson is played by Brendan Fletcher. The first time I noticed this guy was in a relatively obscure indie called Rollercoaster from 1999. He was fascinating, his character came off incredibly heartbreaking. From then on I knew to keep an eye on him. His acting sells Bill as a character, even when things get a bit contrived. He’s intense, he gives Bill a genuine feel at the most unhinged of times. There are a lot of actors who would’ve sent this movie spiralling downward quickly. At least with Fletcher playing the lead, Boll has someone capable of compelling the audience to stick with the story. If you get bored there’s still a nice performance out of this guy, whose talent is monstrous with the correct words in his mouth. Aside from Fletcher, there’s nobody else worth talking about. Lochlyn Munro plays his character well enough, although it’s nothing to write home about. Boll tries his hand at acting, once more, and well… y’know. Bless him for trying. 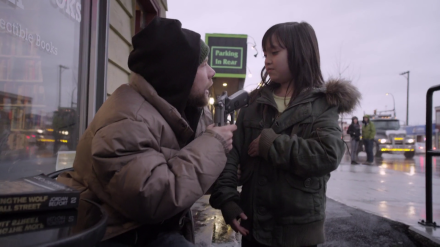 There are fine references to such events as 9/11, Obama’s few blind spots (Guantanamo), a short slice of Marx. Bill Williamson has a good idea about the injustice happening in America, as well as plenty of rage towards the concept of that fabled, dying American Dream once. However, rage and emotional depth does not always make for a good screenplay. Boll’s extended an idea that, I personally find, worked well in the original Rampage.
Going into a sequel, even a third film after this, is taking the idea and the character too far. I have no problem with the violence; in fact, a lot of that is why the first one was so refreshing. Boll certainly goes for the jugular with some of the violent acts Williamson rains down upon his city. As an overall piece of cinema, Rampage: Capital Punishment does not work in any other capacity than something mediocre to do for an hour and a half. It has a lot of flaws and does nothing to capitalise on the original’s success.
I’ll soon be watching the third of this trilogy, supposedly Boll’s last film. While I don’t expect much, I wonder if maybe he’s somehow able to capture part of the spirit from the first. If not, the concept is wasted, and that’s a shame. In this day and age, I guy like Bill Williamson is – for film – something spectacular. His misuse isn’t surprising from Boll, just disappointing.