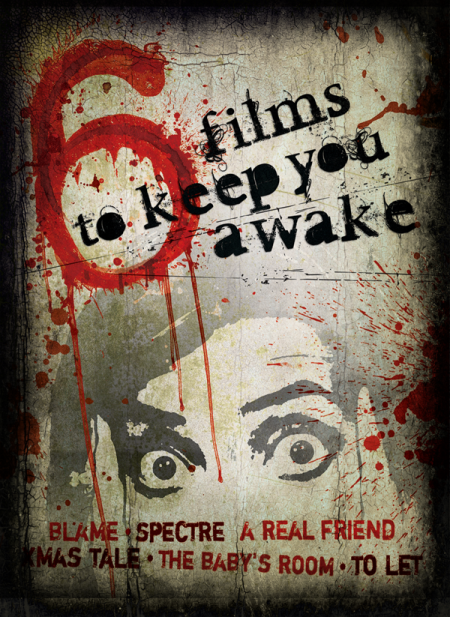 Jaume Balagueró’s given us a good deal of enjoyable horror cinema. His first feature film Los sin nombre is an eerie adaptation of a Ramsey Campbell novel that still sticks with me. From there he moved on to two underrated little movies called Darkness and Fragile before rocking our world with the mostly awesome [Rec] series, as well as the tense thriller Sleep Tight.
Surprisingly enough one of my favourites out of his catalogue is this made for TV movie, To Let (original Spanish title: Para entrar a vivir) – a disturbing, haunted piece of work about a couple who stumble upon a deal too good to be true while looking for a new apartment.
This film is well-directed and Balagueró does great things in terms of tension. Not only that, the horror is visceral, exciting.
To Let could’ve used a slight tweak in the screenplay, although nothing major. The story is creepy enough to reel you in and keep you in suspense. There’s impressive cinematography, horrific twists and turns within the film’s main apartment building location, and a genuinely satisfying(/terrifying) finish.

The opening is a disturbing scene with screaming noise, a bloody mother and child in a darkened apartment, eerie whispers all around them. What could be happening? And what’s already happened? Immediately, the excellent production value, considering this is a television movie, is noticeable. Really good stuff. Part of Films to Keep You Awake, the cinematography and the locations used are stunning. They picked a perfect building to film, it has a character and life of its own, which always bodes well for a horror capitalising on setting as part of the plot.
There’s a shot winding up the stairs of the building, cutting from the couple to the real estate agent, and back again, that’s so beautiful and well put together. Visually strikes you as soon as you see it. One of those touches which turns a pedestrian moment, climbing the stairs of an apartment building, into a much more engrossing series of shots.
All around there’s stellar camerawork. Good shaky camera angles and jump cuts to fray the collective audience nerves, as the situation in the apartment building deteriorates fast. Quite intense with smart use of cinematography. While we can get a clear, though still spooky understanding of the plot ahead of the main character, it is a suspenseful, tense ride due to how everything’s shot.
Maybe my favourite sequence in terms of the drawn out tension is one where our main character is trying to escape. She ends up outside a window, grasping at a drainpipe, and lord, is it ever a good scene. Makes you want to bite your nails.

The story plays out nicely. I truly feel the plot is spectacular and even if you can see certain things coming, Balagueró manages to subvert expectations with visceral bits of horror, pure thrills. At one point I expected a ghost story, like a haunted apartment building similar to the 1977 Michael Winner film The Sentinel. Instead it’s an altogether different tale, so human and real that the concept alone is chilling. The apartment’s inhabitants are each scary in their own way, imagining how long they’ve all been there, what’s happened to them, where they were before; a true creepshow.
At the end, the resolution is appropriately unsettling to boot. You could almost see a few movies about this awful, old apartment building with its eerie landlord, so many tenants. The scariest part of the film, to me, is the utterly horrifying concept of not having control over where you live, forced to stay in a home you don’t want.

Our protagonist, played by Macarena Gómez, is a treat. There are, as is the case with many horrors, moments where you’ll question her decision making, but then again, nobody’s ever been in quite this same situation. Still, she is tough, she’s relentless. Gómez draws you in and she’ll hold your attention throughout the sparse 68-minute runtime of the movie. If it weren’t for her, the characters wouldn’t be near as engaging. Playing the husband, Adrià Collado also does fine work opposite Gómez. They work great together and as the situation in the building spirals out of control, their reactions, their emotions, everything keeps you charging towards the finale.
To Let is criminally under-seen. Not many people I know have even seen it, which is a shame. It’s certainly better than being relegated to the realm of the dreaded TV movie. While Balagueró has done better work, this one is still up in the ranks of his greatest. [Rec], [Rec]2, Darkness, Sleep Tight; these are tough movies to beat. But To Let hangs in there with them and in just over an hour this story will haunt your thoughts.
It’s not easy to track down and took me awhile. Although if you’re able, this is worth your time to find. Balagueró delivers a damn horrific psycho-thriller, at times playing to expectations, other times subverting them to fantastic effect. If you walk away from this one unsatisfied, it’s fine, but I’m not sure why. Because this is the type of horror I’d put on right after watching it through, ready for another round right away. The film isn’t hard to follow. Yet the plot is engrossing, remaining embedded in the mind long after the credits roll.