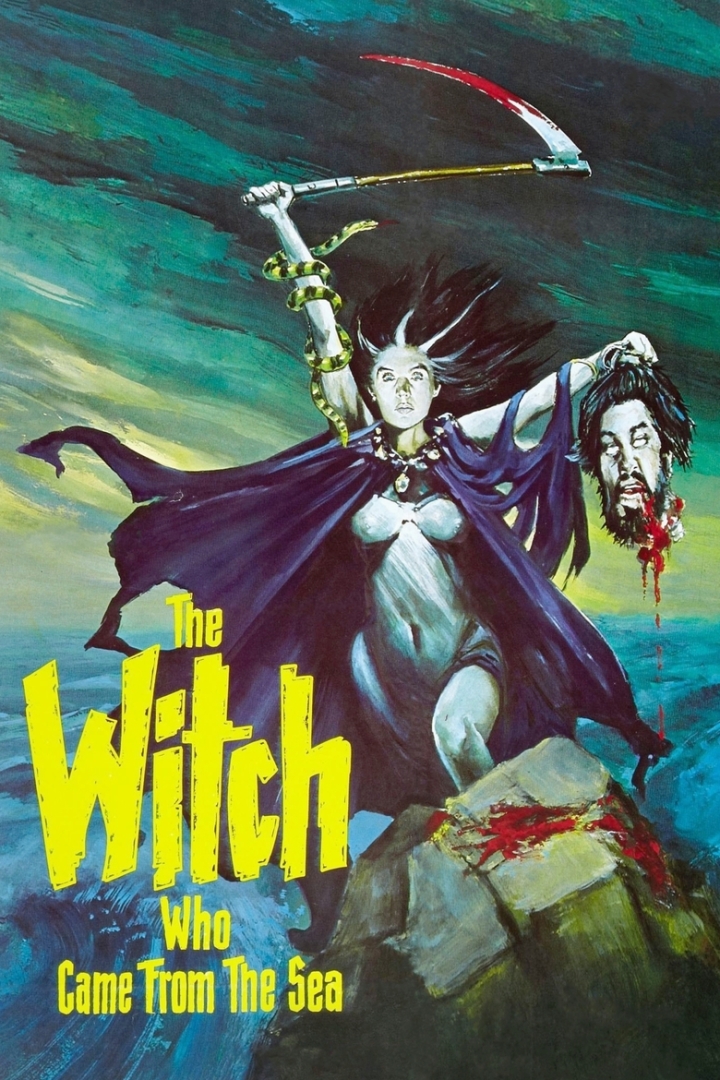 For a time it reigned on high as one of the Video Nasty movies many horror fans were eager to see, if only for the thrill of being nasty. This 1976 horror offering is more than just a bit of shock or a gimmick to carry thread bare chills. The Witch Who Came from the Sea is a devastating, trippy, and brutally honest movie that tackles the terror childhood abuse wreaks on an individual as an adult.

The legendary Dean Cundey provides uncredited cinematography. Anyone who’s a horror fan will know Cundey being attached means something special— Halloween, The Fog, Escape from New York, The Thing, just a few of his best works behind the camera. In front of the camera in the lead role, the metaphorical and titular witch, is Millie Perkins, known for her first appearance on-screen as Anne Frank in The Diary of Anne Frank. If it weren’t for the impeccable talents of Perkins, the dramatic horror of the story might never have played so well. She takes us down into the dark corridors of her character’s soul, threatening never to let us go.

This might be seen, by many eyes, as exploitation cinema. Another rape-revenge flick. And in a sense, it is, but at the same time it’s so much more. For instance, the title itself and its significance to the plot is excellent. The film opens on a shot of a vast, lonely yet beautiful beach. Right on the edge of the shore we settle where the tide flows in, and here we’re first introduced to Molly (Perkins). Immediately, director Matt Cimber concentrates on the sea. We know, with Molly walking and the tide flowing at her feet, the sea is linked to her in a significant way.
Literally and figuratively, she’s always at the edge of the sea, at the mercy of the tide.

What’s so intriguing right away about Molly is her fixation on the male figure. She’s taking care of her nephews and by the beach at an outdoor gym she notices a couple muscle men working out. Seeing them, by the sea no less, triggers her into seeing the men flash between alive and pumping iron, to bloody and choked to death, among other brutal imagery. From the first scene, Cimber sets up all the main themes he’ll work off for the entirety of the film. I compare this opening to the way in which an author does well by starting off their novel with a beginning sentence, or paragraph, that means even more once the story’s over.

Those symbols of supposed masculinity (or what you might call popular masculinity) come up time and time again, from the muscles and the fit physique, to tattoos. Molly comes across many of these men. She even works at a bar, where most of the men who come in as patrons are sexist and grabby. She’s surrounded by these ideals of masculinity. For some initially inexplicable reason she doesn’t so much reject these symbols. She plays into them. Her bloody fantasies move from daydreams into reality. Everything masculine becomes a playground for her revenge fantasy. Men in TV ads for razors aren’t even safe— she imagines the razor used to cut a guy’s throat. Soon she’s with football players in bed rolling around and the brutality commences.

All this boils down to her want for revenge. Of course we don’t discover what happened to her, nor the extent, until over an hour into the film. We already know there’s a deep trauma without being told— partly linked to the concept of masculinity, part to the ocean. She seems contradictory. At once she’s eternally angry at big, tough men and she also turns around looking oversexed, driven into the arms of these same types.
Why’s that?

Note: following this notice, I’ll be spoiling the central plot point of the film, so if you’d rather find out on your own turn back now, come back once you’ve watched and chat!

The reason Molly’s so devastated emotionally is due to the horrific trauma she faced at the hands of her paedophile father. He was a sailor, and the abuse itself even happened while on the sea, the two of them in bed together. While there’s a disturbing scene involving the abuse, Cimber and writer Robert Thom opted not to do anything overtly graphic. Yes, it’s still emotionally vicious and even visceral, just not explicitly disgusting.

The film instead offers an, often times, nuanced look at child abuse. Molly worships her father while her sister realises the truth. She idolises him and falls into depraved fantasy as her repression takes hold, never knowing the source of her anger against the men after whom she lusts. At one point she even sleeps with the owner of the bar where she works, he looks like her father. What The Witch Who Came from the Sea does best is tell the tale of a severely, tragically repressed woman wrestling with the demons in her mind. Perhaps my favourite and the most gruesome of the imagery is after the repression finally breaks. Molly sees a haunting image in her mind of being at sea, bodies chopped to pieces, blood everywhere.

So many of these types of horrors— the rape-revenge archetype— opt to make the viewer experience the trauma alongside a victim. Despite the presence of a scene depicting the abuse, The Witch from the Sea works more on the psychological horror of Molly’s past trauma. It doesn’t require such an ugly display of sexual violence such as something like I Spit on Your Grave or The Last House on the Left. There are cryptic glimpses of flashback memories, although never are we subjected to outright nastiness.
Forever and ever this film will be associated with the other Video Nasties. It’ll get lumped in with the rape-revenge sub-genre. But it’s more than the sum of its parts, it’s more than a lot of the other Video Nasty titles. Definitely worth your time above so many tired rape-revenge scenarios that won’t ever add up.

If you’re looking for an at times surreal and intermittently brutal dramatic horror which leans heavier on psychology than anything else, this is your game. If you can grab up a copy, do yourself a favour. This might look like a lot of other similar movies. You can take my word for it. Even if you don’t dig it as much as I do there’s a huge chance you’ll find it unique in its execution and storytelling. Might not be perfect. Still a shiny little gem.