NBC’s Aquarius
Season 1, Episode 2: “The Hunter Gets Captured by the Game”
Directed by Jonas Pate
Written by John McNamara 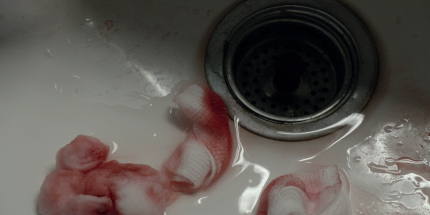 Ken Karn (Brian F. O’Byrne) gives his wife Grace (Michaela McManus) and Dt. Sam Hodiak (David Duchovny) a load of bullshit, about nearly being mugged at knifepoint. He won’t tell them about Charles Manson (Gethin Anthony) almost raping him. Nor the fact he knows Charlie, and well. The other two are curious, as to why he’s hiding things. But Ken shuts it all down with his talk of knowing those in high places. Our detective is relentless, though. He’ll figure things out.
Up at the hippy ranch, Emma (Emma Dumont) is falling more and more for the persona of Manson. Although she’s hungry, they’ve got no food. He certainly isn’t working. He’s hypnotising them all into working “for the dream.” And what’s the dream? His career in music.
Dt. Brian Shafe (Grey Damon) is trying to get things done with Mike Vickery (Jason Ralph), but he’s also helping Hodiak, distracting him. The pair of detectives are unlikely, an interesting relationship. They’re parts of two different generations, vastly different, as Shafe has a bit of hippy in him. They end up heading down to a minority neighbourhood, where a woman’s been killed; blunt force trauma to the head. The victim’s husband is a racist, upset by the police not coming down there when they ought to; not liking “darkest monkey–ville” where he’s living, in the “Congo.” His disgusting talk seems to really upset Dt. Shafe, too. 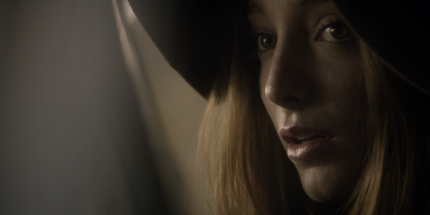 Ken meets with Hal Banyin (Spencer Garrett), who’s also aware of Charlie. He advises to take care of Charlie, get rid of the detective. It’s clear they’ve got mutual interests. And with political season around the corner, they can’t afford any big messes boiling over.
In a store, Emma gets caught trying to steal a jacket. This puts the store owner in the line of Charlie’s fire. He gets the jacket for them, not without some blood on his blade. “Do what needs to be done,” he tells Emma.
While the police force as a whole in America, particularly during the late ’60s, is a racist institution, Hodiak seems to have an actual relationship with black people, store owners, so on. Even more so with Shafe, he’s got a rapport with the people in the neighbourhood where they’re investigating the murder.
At least until Bunchy Carter (Gaius Charles) from the Nation of Islam arrives, shutting down the cops and their questioning; he chastises the “occupying force” of the LAPD, only concerned with white murders. All the while Sam is figuring out the murdered woman might’ve been done in by her husband. He uses Bunchy as a decoy, though. An opportunity to make the husband feel at ease? I’d bet on it.
Through Vickery and his man Art Gladner, Hodiak and Shafe make certain there’s no confusion about the latter being cool, not being an undercover cop. Clearing the path for more of their mission. 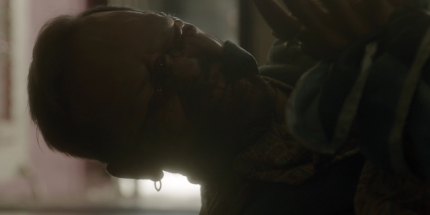 At a Young Republicans bash, Ken runs into Manson. He’s dropped by to give thanks for being connected to some music industry folk. The father also wants his daughter back. Except it isn’t something Charlie will grant, not without cash for a demo to shop his music around. So, it’s either cough up the money or face some “ugly ass genies” popping out their bottles to see the light of day.
Emma’s doing more for the hippy clan, she’s found them plenty food to feed on. This prompts Charlie to rename his girl Cherry Pop. Only more sinister because his hooks are in deep, too deep for her to escape.
A surprise shows up at Hodiak’s place: his son Walt (Chris Sheffield). He’s back from military duty, though his dad thinks there’s something strange about his apparent leave. Hmm. Sam’s got more to do down at the station, interrogating Bunchy as the husband of the murdered woman kicks around outside. All part of the plan. He orchestrates things to pull a confession out. A method to what previously seemed like madness.
We also see that there’s a good deal of tension beginning to bubble between Hodiak and Bunchy, something we’ll surely see more of play out soon enough.
Hodiak: “Wives can be a lot of things, but we don‘t get to beat them to death.” 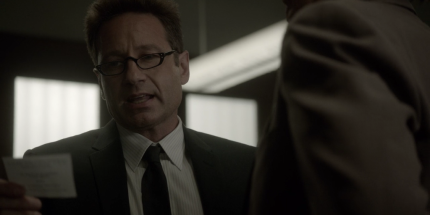 Sam discovers why Shafe feels for the black community – his wife Kristin (Milauna Jackson) is black. Discovering things about each other all the time. The pair of detectives do jive, even if there’s a generational gap. Because it feels to me that the worst parts of Hodiak are the fact he’s a cop. It’s that side of him which draws out the primitive parts of himself, the badness.
He goes to see his ex-wife Opal (Jodi Harris), she’s been part of their son going AWOL from the army. Shit. Now there’s also the side of Sam which deals with duty, honour. He’s a military man himself and he’s disappointed in the fact his son has deserted his duty.
Grace dug up phone records on her husband and Manson’s conversations. Likewise, she brings up more. That, to her, Ken is like “a sphinx” and he’s a mystery. They only got married because she was pregnant.
And at the very same time, Ken is with Charlie giving him money for the demo. Half upfront, half later. Before they kiss. Such a psycho-sexual bond between these two men. Ultra strange. 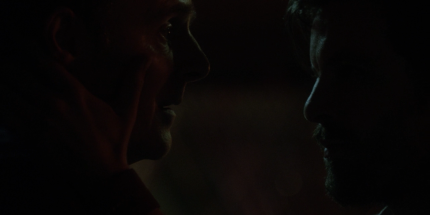 What a whopper of a follow-up episode from the premiere. Things have gotten twisted, they already were at the start. But this episode truly gets things pumping, the deeper we watch these character open up, fall, and move through a dark world.
“Never Say Never to Always” is next and will bring up even more madness to chew on.