Do you need your horror with fantastical elements?
Do you like demons, witchcraft, family curses, dead Templar Knights, weird cults, and haunted houses?
Does your terror lie in the inexplicable? The ghostly? All those spiritual things you’ve never believed in or understood?

Father Gore’s got just the list for you. Here’s ten horror movies with different supernatural aspects for you to sink those horror hound teeth into, and maybe you’ll walk away with a nightmare perched on that creepy skull of yours.

Go. Read. Fly into the night with your witchy sisters. Don’t forget to leave a comment to let everyone know YOUR favourite supernatural horror flick(s).

This is a bit of Satanic worship mixed with supernatural horror and crossed with a commentary on the terrifying world of the film industry. Starry Eyes is unsettling from the start. Alexandra Essoe gives a killer performance as a the protagonist, undergoing a transformative journey while trying to score a role in a new horror movie. She discovers the price of fame is steep.
You’ll never guess where this one is headed. One scene in a kitchen is pure terror! 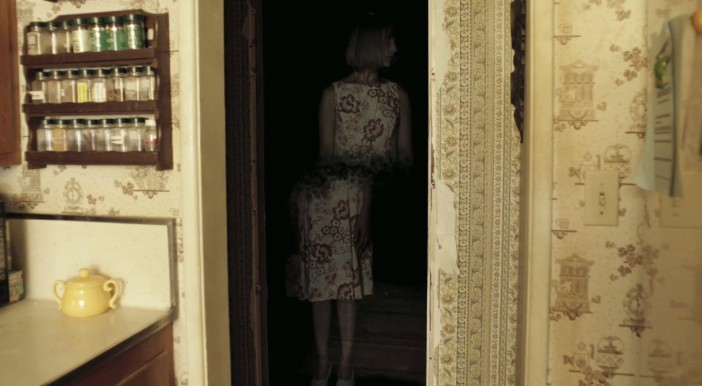 Father Gore loves a movie plot that begins as one thing and winds up as another, twisting and turning the viewer through the meat grinder. The Pact involves a family reeling in the aftermath of a death as dark secrets are revealed. There are times this movie works as a plain ole serial killer flick. A significant element of the story involves a supernatural entity— only question is, will the entity help or hurt the family? Another movie that blew me away. The finale will have you chewing your fingernails to the knuckle’s bone.

Lucio Fulci has a bunch of movies that are worth their weight in gold. The Beyond combines zombie horror with the supernatural. An old hotel’s cellar sits atop one of the Gates to Hell. The new owner discovers this in time for the Gate to open, releasing the dead. The supernatural’s heavy in this one, despite the appearance of shambling undead flesh eaters. So much nasty gore, par for Fulci’s course, and the story’s better than some of his other work. This can double as a zombie flick. Its supernatural elements are so strong they overtake anything else. Nevertheless, this is one hell of a fine horror. 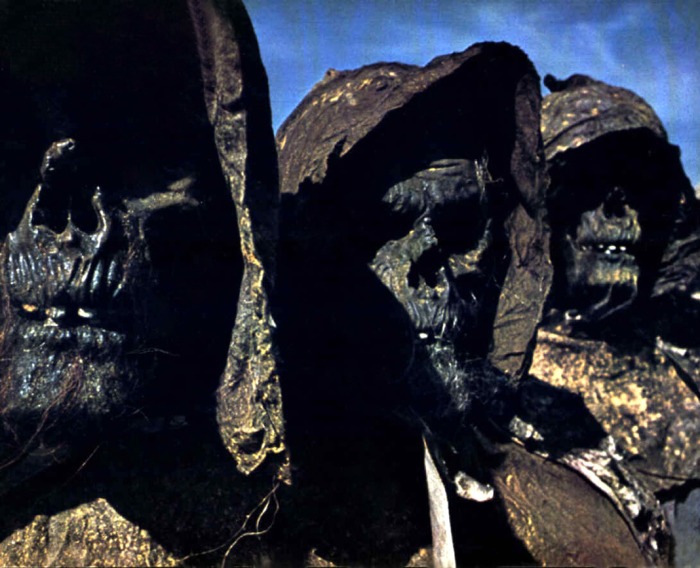 As it goes for any of Amando de Ossorio’s Blind Dead movies: TEMPLAR KNIGHTS EXECUTED AS HERETICS RETURN TO HAUNT THE LIVING AND IT’S FUCKING AWESOME!
This is another one that easily passes as a zombie movie, though the supernatural works just as well. Night of the Seagulls is different in atmosphere than the others in the series. There’s more intrigue/mystery here than in any of the others, too. Good suspense and tension, great locations (as is usually the case for Ossorio) and solid score. Despite its faults, like the other movies, there’s plenty to love. 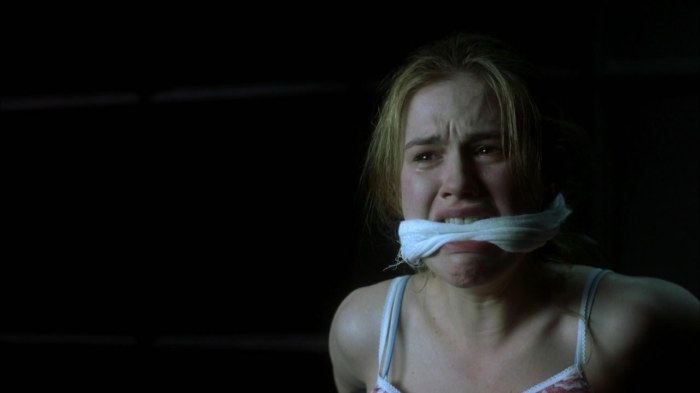 Jaume Balagueró is responsible for many nightmares. Darkness doesn’t thrill everyone. Father Gore feels it’s one of the more eerie movies from Balagueró. There’s a foreboding atmosphere throughout, and a surreal quality about the story’s haunted house aspect. This is a treasure trove of horror, including a creepy cult, H.P. Lovecraft influence, several heaping doses of nihilism, and the whole thing’s a Gothic wet dream.
Give this a chance. The first third is a little slow, disorienting at times because it’s trying to do a lot. Push through these moments and you’ll find a scary horror with many interesting pieces. 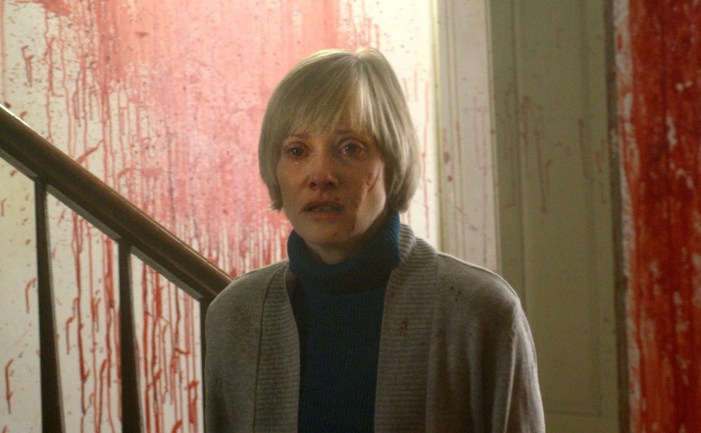 Put Barbara Crampton in anything and Father Gore will watch! Larry Fessenden, too, and that wonderfully goofy face.
We Are Still Here takes a bit of Fulci and crosses it with a traditional-type of ghost story. This one’s got a haunted house that, every few decades, needs new souls. A grieving couple become prey for evil spirits when they head to the house for a getaway.
Will they make it out? Will they become part of the house and its landscape? Will Fessenden ever fix that tooth? 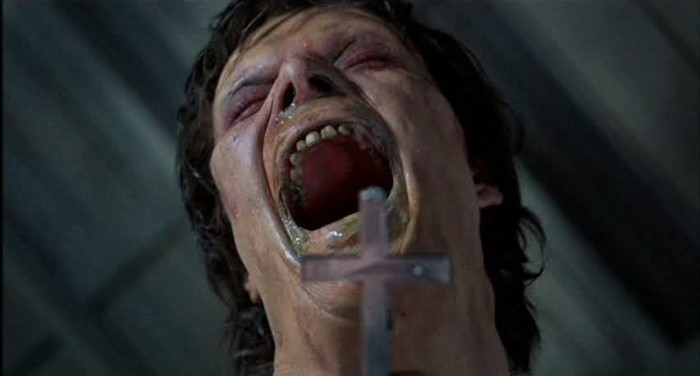 Amityville II: The Possession is one of my favourite horror sequels of all time.
Father Gore’s full review is available here. If you’d rather a shorter lure: full-on demonic possession and some incest. Can’t go wrong. 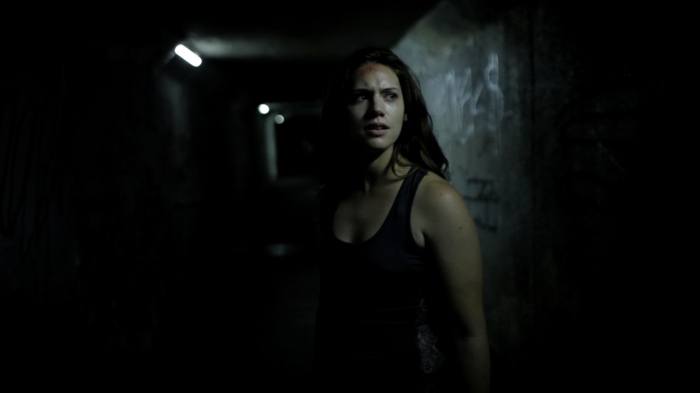 Not hard to tell if you’ve been kicking around this site a while, Father Gore loves Gothic horror— double bonus if it’s urban/modern Gothic. Mike Flanagan (Gerald’s Game, Oculus) does wonders with this low budget indie about a woman whose husband vanished years ago and now she’s faced with declaring him dead in absentia. The movie involves her trying to move on with the help of her former drug addict sister. Then one day out of the blue, the husband returns. He doesn’t know where he’s been, and he’s frightened of an unseen horror.
Think: contemporary fairy tale with dark and tormenting things lurking on the periphery. Please, do me a personal favour and go watch this— NOW!!!
Afterwards, read a full analysis right here. 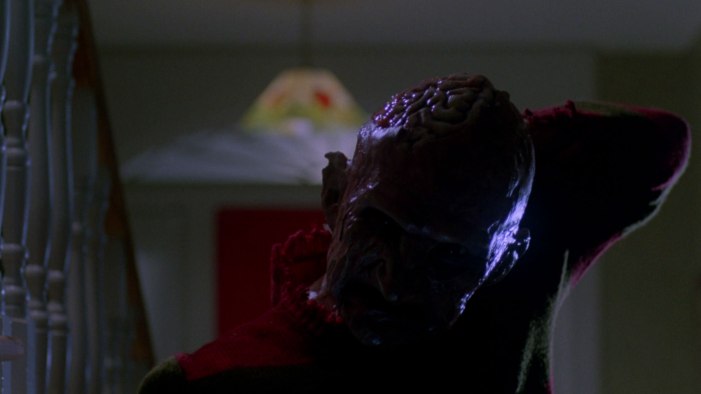 People act like this sequel is SO BAD and somehow moved away from the original. What are they smoking? Better stuff than I.
A Nightmare on Elm Street 2: Freddy’s Revenge is, essentially, a gay horror movie, and an amazingly allegorical story for a Freddy Krueger sequel. Jesse (Mark Patton) and his family live in the infamous house on Elm Street, where he’s confronted with the entity that is Freddy. His experience with Mr. Krueger helps reveal the inner turmoil of his struggle with repressed sexuality. The gay vibe and homoerotic scenes, seemingly unintentional to most, are all a part of the social commentary about the mental and physical violence people do to themselves when they’re forced to deny their real sexuality. Freddy embodies this violence, and, boy, does he ever get nasty!
Check out Father Gore’s thoughts at length over here. 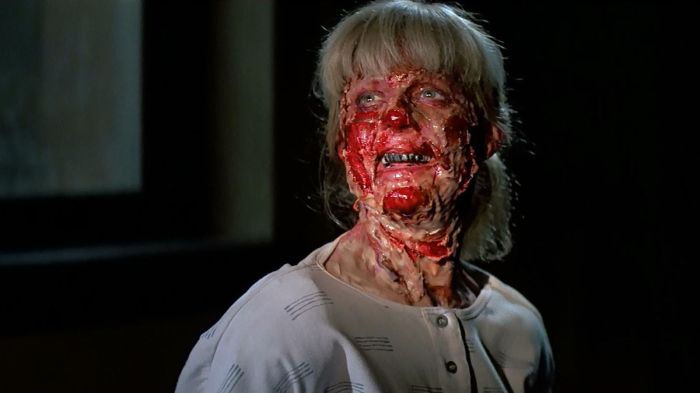 John Carpenter has several movies worth being on this list. One of his strongest points as a director-writer is he’s fluid in moving between styles of horror, as well as genres. Truly a genre master.
Prince of Darkness involves the discovery of Satan as a physical liquid, kept in storage under a church and protected over thousands of years. Donald Pleasence and Victor Wong play men of the cloth and science respectively, leading a team of people inside the church who observe the discovery. Alice Cooper shows up, too— one of the demonic homeless people who starts laying siege to the church and those inside after liquid Satan’s able to dribble out.
This Carpenter movie’s weird, there are real cool effects (Blu-ray director’s commentary— listen to it for all the wisdom!), and the story itself is a chilling, grandiose tale of what it could mean if, scientifically, evil were proven as verifiable in corporeal form.