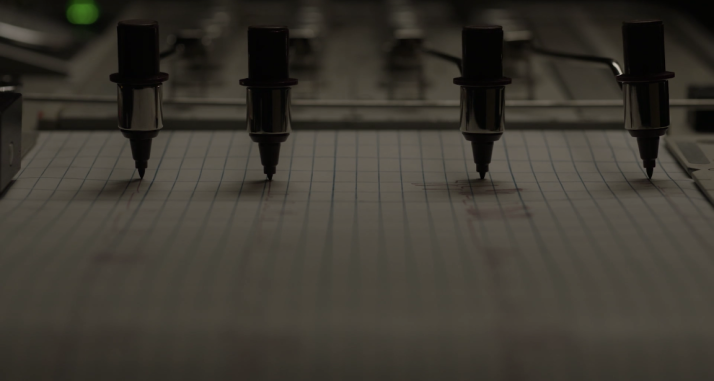 Naya Temple (Betty Gabriel) previously worked for the Federal Bureau of Investigation in the Counterintelligence Unit “catching spies.” She’s being evaluated for a position with the United Nations at the Office of Interchange. She’s told about the three decades since the Crossing was discovered in Berlin and that the UN’s OI have been guarding this liminal space between two different yet similar worlds. It’s quite a thing to hear, especially at a job interview. She’s shown a video of a man meeting his other, ending in vicious, animalistic violence between them. She’s being recruited to “hunt a very special kind of spy.” Could that be Howard Silk (J.K. Simmons) from the Prime World? Father Gore would bet money on it. He’d also bet there’s even more than meets the eye, too.
In the woods, Clare (azanin Boniadi) chases down the pair of women Aldrich had been helping. They’re killed by the assassins with her, then she kills the assassins to make sure things are cauterised.
“I Don’t Want to Set the World on Fire” is always reminiscent of the Fallout video game series, so it’s interesting to hear it in any dystopian-style context. Claude Lambert (Guy Burnet) has been looking to set the world(s) aflame. Right now he’s eating toast and evading Peter Quayle (Harry Lloyd), who’s with some OI soldiers looking for the Prime ambassador. 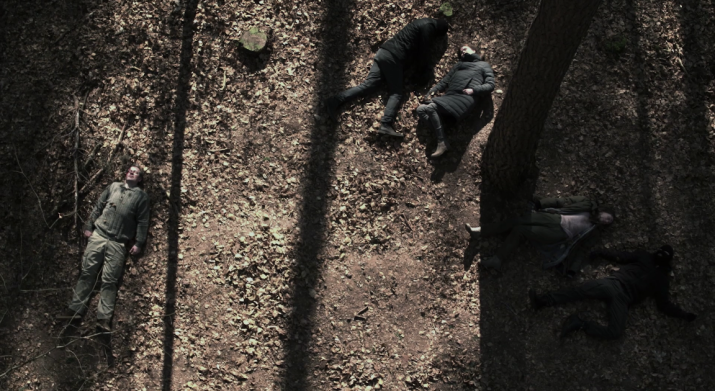 Things at the UN are changing, considering the events at the Crossing. Nobody knows who to trust anymore. Roland Fancher (Richard Schiff) tries to keep his people on their toes. After what Indigo perpetrated there’s going to be a house cleaning at the OI. Quayle’s still in charge of looking for sleeper agents, though he has to take on a partner: Ms. Temple.
What about our Tale of Two Howards? They’re still living amongst each other’s worlds, aside from literally existing in two different worlds. The Crossing as become much more manual in the wake of the terrorist incident. Naya introduces herself to the office, as Howard Prime and Quayle must now navigate wholly new territory, from the former being an “interloper” in the Alpha world to the latter’s own wife being one of those very sleeper agents. Yikes to the nth degree. A dangerous game these men are forced to play.
At home, Quayle plays the dutiful son-in-law and keeps things on an even keel so as not to alert Clare’s father to anything being amiss. He does continue working with his wife tenuously. Later, he tracks down a man named Edgar with an over-extended visa, looking for info on Lambert’s whereabouts.
Howard Prime has to deal with Emily (Olivia Williams), each dealing with their own sense of being in a parallel world. She’s having trouble figuring things out. He does his best to be supportive, and she feels as if he’s treating her like a child. She’s trying to recover her memories and regain normal functions— it’s not going well. Maybe part of it is she’s not actually living with the man she’s been married to for years. Not to mention Howard Prime has to pretend he’s the real one, hoping to fend off the Red Scare-like atmosphere brewing at the OI with Temple leading a charge looking for anybody acting different/suspicious at work.

After Howard Prime gets Emily home from the doctor he sees a man standing on the street, watching the apartment. He rushes outside, after getting her in, only to find the man’s run off. Always somebody watching, whether at home or at the office. Speaking of the office, it’s a compelling to see Quayle witness Temple doing her morning prayers, discovering she’s Muslim. There are already interesting parallels between Counterpart‘s border/immigration issues and those of the actual Western world in real life, only getting deeper with this character’s inclusion.
Emily continues to feel stuck in a liminal space within her head— her own Crossing, of sorts. She feels that other person she was before the accident trying to emerge. In a sense, there’s her – Emily Alpha – and Emily Prime, and also her Alpha self’s divided in half: before + after the accident. It’s a confusing division for her to navigate psychologically, as memories of her life pour back in like shards of glass, none of them fitting together quite right reassembled.
Quayle is busy getting money together when he’s called to the holding cells along with Temple. They find Edgar with his wrists cut. The others locked away are scared, not knowing where Indigo may be lurking, or who could die next— suicide or otherwise. This has Quayle unsettled, returning home to his sleeper agent wife and curious about what Indigo could be plotting. He asks Clare if she’s been in touch with Indigo since the attack, and she lies to his face.
When Quayle is alone he records a message that reveals his complicity with Clare— “the operative also known as Shadow.” His guilt is too great to bear any longer. He explains it began as something unknown, evolving into a situation he knew about and allowed to continue. He’s also got other plans, involving money from the UN and gambling. He’s recorded the confession in case things go sideways.
When Howard Prime gets home to Emily he sees Clare is in their home. Holy shit! He walks her out afterwards and they have a brief antagonistic chat confirming they do have a true. How long can it all last? Will whatever her husband’s doing interfere with it? And how is Ms. Temple’s presence ultimately going to affect everything? Many questions with which we’ll move forward into this season. Exciting! “This is not going to end well” 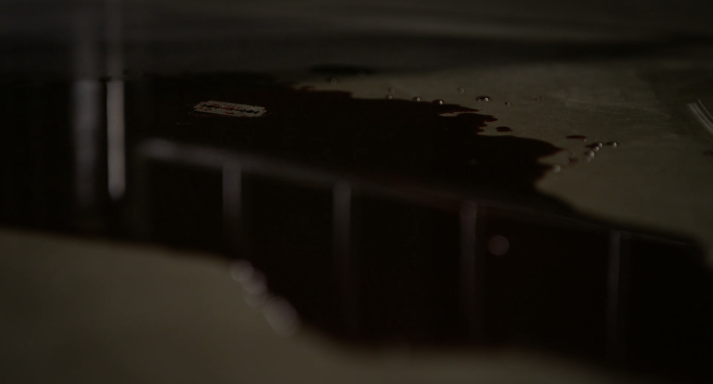 A truly excellent opening episode for Season 2. When Counterpart started it had lots of steam, and that doesn’t seem to have changed in the slightest. “Outside In” is next and we’re going to see what’s happening with the real Howard, too.