Roxanne Benjamin’s no stranger to the genre film world. She’s helped produce the V/H/S series. She was a co-producer of the clever cult de-programming tale Faults, as well as the kick ass, heavy metal horror jam The Devil’s Candy. She produced 2015’s sci-fi/horror anthology Southbound, also directing/co-writing the segment “Siren” about a band that winds up in a horrifying place on their latest travels. And, most recently, she produced a couple of the excellent segments in the women-driven horror anthology XX, including one she directed (“Don’t Fall”) and one she co-wrote with Annie Clark (“The Birthday Party”). A damn good resume that’s only continuing to grow.

Benjamin’s now brings us a full-length feature all of her own.
Although billed as a thriller, Body at Brighton Rock is also a horror, both in physical and psychological terms. It’s the story of Wendy (Karina Fontes), who works a part-time summer job in a state park. When she tries to prove herself in the wilderness, she gets lost and happens upon a dead body. Wendy has to stay with the corpse, guarding a potential crime scene until help arrives. Alone in the forest, her radio soon dies and she’s cut off from civilisation entirely.
Can she survive? Are there dangerous things, or people, lurking in the desolate woods?

The film’s screenplay is a brief, thrilling character study of a young lady at the precipice of adulthood, trying to bridge the existence she knew as a teenager with the one she’s tumbling into as a woman. A significant part of the learning curve for women when they’re young is figuring out how to deal with the aggressive, predatory men of the world, not at all unlike the natural world, where predators are waiting around every corner. Let’s face it: society doesn’t prepare women for what they need to deal with when it comes to the opposite sex’s worst behaviours, neither does it do much to curb those behaviours themselves. Wendy’s got to face the ugly world in all its brutality, fending off the elements, animals, and, maybe most importantly, man.
She’ll either make it out in one piece, or not at all. 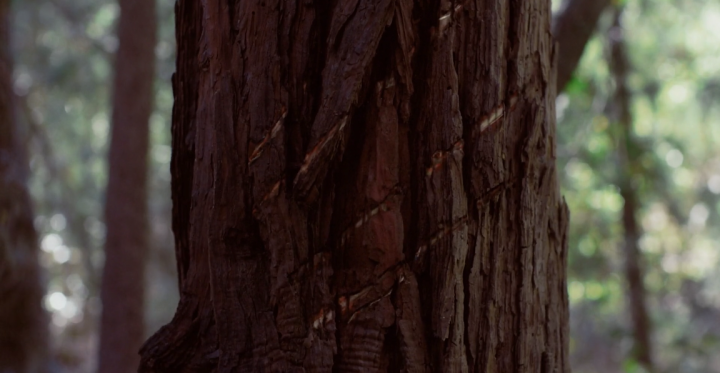 “Being on the trail,
you kinda have to be tougher.”

Women are doubted by men and other women alike. Men doubt women out of misogyny and sexism. Internalised misogyny makes women compete with other women, pitting them against one another like two combatants. Poor Wendy doesn’t get the vote of confidence from her friends, of either gender. She’s seen as a frightened, slightly irresponsible girl rather than a confident young woman fit to be trusted. “You aren‘t ready for this,” she’s told.

To an extent, she’s not. Wendy makes bad choices and fucks up. But why shouldn’t she? Another aspect of misogyny and sexism rears its head in reactions to Body at Brighton Rock. Many people— yes, a lot of them dudes— can’t accept a woman who doesn’t make perfect decisions.
One review at a reputable film site, by a female writer, mentions that Wendy’s mistakes don’t lend themselves to a representation of empowerment. Such a damaging idea. Male characters throughout fiction are allowed to fuck up. They’re allowed to fail, constantly, and their redemption arcs fill the pages, and frames, of the entertainment society’s consumed since time immemorial. Women are somehow expected to be infallible right from the start, not afforded the learning curve of men.
That isn’t how human beings are, and it isn’t how they learn. Likewise, fiction’s often trying to teach or enlighten about the world around us and ourselves, it’s meant to help us grow, whether in the funny bone, the sceptical mind, the heart, or wherever else stories aim to strike their audience.

Wendy’s careless at times, sure. What about the next time she goes into those woods? What about the confidence she’ll find in herself as a person because of what she’s experienced in the outdoors, like the male figures of Jack London’s survival tales, thirteen-year-old Brian Robeson from the dreadful 1987 Gary Paulsen novel Hatchet so many, like Father Gore, had to suffer through in grade school, or countless other male-centred narratives throughout history? These characters are allowed to fail and subsequently grow, learning from their mistakes and using their experiences in the wild to become stronger, better, smarter. It isn’t only our heroics that define us, it’s also how we deal with our own faults. Wendy could’ve die out in the forest. Instead, she’s a survivor. That’s all that matters in the end.

Part of Benjamin’s story feels reminiscent of the Nikolai Gogol novella Viy, about a philosopher called Khoma who must spend several nights with the corpse of a dead girl praying over her body. The outright similarities are thread bare. Until we consider the inclusion of witchcraft in Viy and its implications about womanhood. If we look at Viy‘s witch in its more corporeal, misogynistic terms, then Gogol’s protagonist is actually afraid of the very idea of woman.

In Body at Brighton Rock, Wendy’s the unlucky one who has to spend a night with a corpse. She’s stuck out in the woods with a male corpse. In a subversion of theme, she faces the fear of man. She runs into a suspicious and potentially dangerous man (or does she?), in what’s historically been framed as a ‘man’s world’ (i.e. the outdoors). He quips to her with unsettling chauvinism: “You‘re still a couple notches down on the food chain.” After she’s out of male harm’s way, even if they’re only projected male horrors she’s conjured up in the isolated dark of the trees, there’s still a bear to fight, other predators to fend off— a woman’s work is never done.

Another great, fitting, and subtle subversion of gendered themes comes from the Gifted’s score, specifically at the beginning and end. These pieces of music are reminiscent of a Spaghetti Western from the ’60s / ’70s, like something from Ennio Morricone’s The Great Silence score, or Luis E. Bacalov’s iconic music for the 1966 Sergio Corbucci film Django, or maybe Andre Hossein’s work in Cemetery Without Crosses.
Exactly how does the score subvert theme in terms of gender?
The Western— a genre Father Gore loves— has many problems, one of which is issues with women. It’s always been dominated by men, built upon the image of the outlaw cowboy as the antihero and relegating women to a virgin/whore dichotomy. The Gifted’s music helps play off the concept of a decidedly male-dominated genre, subverted here by Wendy, the reckless adventurer, taking the place of the cowboy in a frontier-like landscape where she finds herself lost. These bits of score perfectly bookend the film— appearing during the opening title sequence, again later after the bear fight and during the end credits— making Wendy’s transformative Western journey feel complete. She can walk off into the sunset a changed woman, just as well as any of those other outlaws. 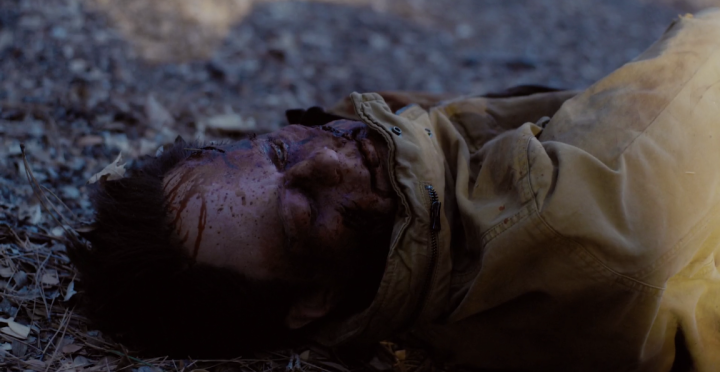 “A lot of predators up here”

You don’t have to like Benjamin’s film. Doesn’t mean there isn’t a disturbing trend of contemporary audiences, both male and female, who believe feminism and female narratives of empowerment rest on womanly perfection. Look at the Game of Thrones final season, for those who are familiar with the HBO show. You don’t have to like that either. It’s just so many viewers seemed to find it unthinkable one of the main protagonists, Daenerys, could be anything but a morally righteous hero (even though there were many suggestions to the contrary along the way people conveniently ignored; alas, a can of worms for another time!). Just another example of how audiences have misguided expectations of female characters.

Wendy’s suffering a similar fate, judged by people of all genders for not making all the smartest moves. The sooner we accept that women, in fiction / in real life, are human— neither people to be scapegoated, nor people to be deified simply because of their gender, as both do their own forms of damage— the sooner we’ll begin to see better characters and better narratives emerge overall.
What makes Wendy interesting is she’s NOT in total control, even while trying to convince herself she is, and it’s her journey from potential death to survival that makes Body at Brighton Rock an enjoyable experience for those willing to shed their gendered expectations about what does / doesn’t make for a good, complex protagonist.