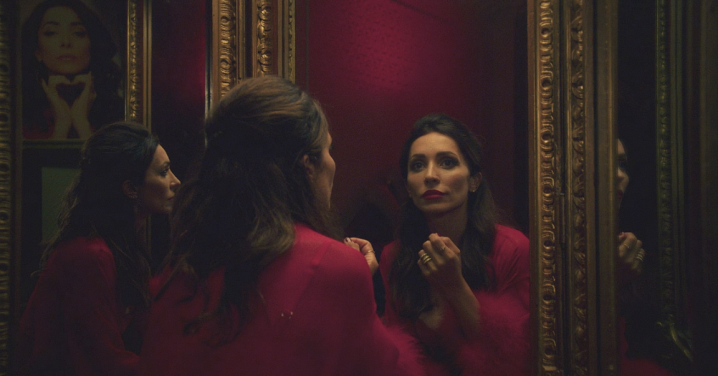 In the Tarot, The Lovers are linked with growth. If upright, the card can predict a future relationship, of any kind, and above all it signifies commitment to a crucial decision— it suggests exists conflicts will be resolved. If reversed, the card dignifies difficulty in a relationship, and warns of temptation leading to future regret— it suggests there’s a failure to recognise the true nature of a situation / relationship.

Jesus (Augusto Aguilera) is in Mexico, where he dreams of his mother Magdalena (Carlotta Montanari). She’s a vision in red, wearing red lipstick, sitting in front of a gold-lined vanity in a red room. Her memory is so vivid in her son’s life.
It’s down South where we meet Yaritza (Cristina Rodlo). She’s a part of the cartel world along with Jesus and Don Ricardo. The Don tells a story about how he would sneak into the stadium to watch Pelé, amazed at seeing the greatest soccer player ever in the flesh. A hilarious moment has Miguel (Roberto Aguire)— Don Ricardo’s son— commanding the other players, telling them they’re not only a cartel, they’re a soccer team.

The Don’s pissed at his boy for acting like “a peasant” at the family table, particularly on Magdalena’s birthday, “a sacred day.” Ricardo, Yaritza, and Jesus go inside to say some words to Magdalena in her memory. The Don tells his nephew about Captain Cortez (Sal Lopez), whom he’ll soon meet. Cortez is dangerous and volatile. Miguel disagrees with his father on how to run things, too. There’s a truce keeping things good for business. Don Ricardo wants Jesus to make sure peace is kept. 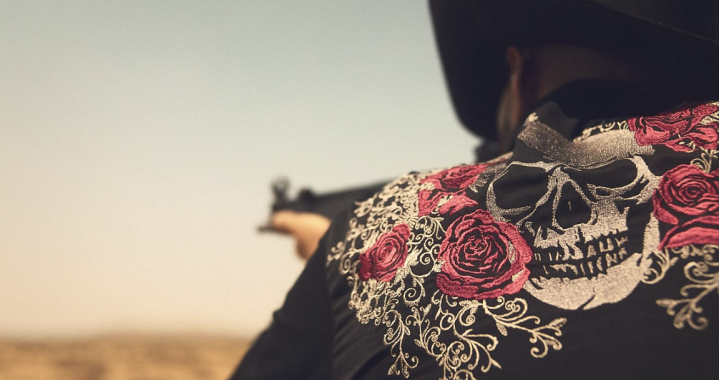 “Your throne is too small for me”

The way Miguel runs things in the street doesn’t exactly inspire confidence. He and Cortez are less business partners, more antagonistic buddies who manage to get along enough to get the business done before they break out into full-blown machismo dick measuring. We see the thin line between cops and criminals in cartel land. The “American Prince” Jesus certainly has a different way of doing things than his cousin. Not to mention he doesn’t speak Spanish too well, neither is he fully a part of the cartel’s operation. He’s gradually get there, both with the language and how things work in Mexico— a place he sees as having “no law.”

Miguel’s heard a vigilante is stealing the cartel’s sex workers and killing their soldiers. A friend called Gato (Paolo Cesar) tells him never to trust a cop. He suggests it’s actually Cortez. The Don’s son doesn’t want to do anything to upset the delicate truce. Not until his father’s gone. Hopefully nobody puts Don Ricardo in the grave too soon, or Miguel could have the reins. It’d be a fucking massacre across Mexico.

Yaritza goes to a shrine for people “saved by the High Priestess of Death.” Interesting that all the episodes of Too Old to Die Young are named after Tarot cards. Although High Priestess of Death likely refers to Santa Muerte, it works well as a reference to the High Priestess and Death card together from the Tarot. This can signify safety in situations and places dangerous to others, great personal power, or an ecstatic experience. Don Ricardo puts stock into what the cards say. He has Yaritza do his readings. He wants to know about the future, concerned about what Miguel may become.

“No good person ever becomes a cop” 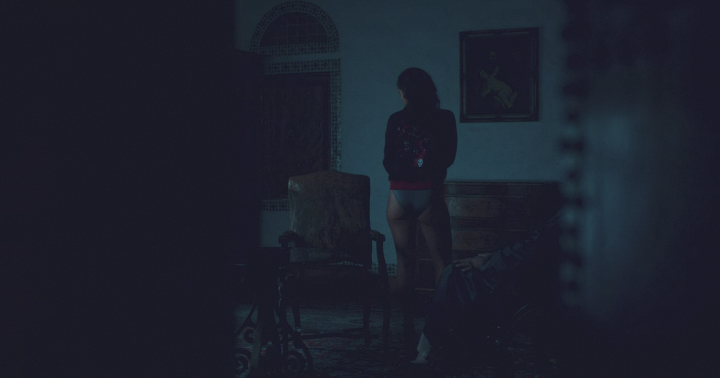 Don Ricardo is bringing Jesus closer all the time. He doesn’t trust his own son to “be a man” and a good leader. He has his nephew help him with his colostomy bag when the nurse isn’t around. An intimate act, to help someone do that. Jesus doesn’t flinch, helping his uncle in that vulnerable position. Don Ricardo says he found Yaritza in the desert, coming “out of the dust” from nowhere, naked, like a goddess or another ethereal, ageless being. He also sees Magdalena in her, similar to how he sees himself in Jesus.

Don Ricardo winds up dying right at the supper table. Miguel again has to calm Gato down. His friend / soldier is itching for new leadership to take over the cartel. They all sit wondering what comes next. Jesus checks the old man’s pulse and Miguel gets angry, telling him to leave, throwing punches at his cousin as he goes.

Now, Miguel takes control of the cartel.
Will he destroy all his father built? If the celebration’s any sign, yes, and it’ll get ugly. He offers up a woman at the club for a bunch of men to gang rape. After that, he tasks Yaritza with bringing the woman to another gang to be sold off like a hunk of bruised and battered meat. A repulsive act. Twice as repulsive to make another woman help. That’s why Yaritza decides to gun the men from the other gang down rather than let that poor lady be taken to another place to be raped all over again. Yaritza tells the woman: “I‘m the High Priestess of Death.” Perhaps she’s symbolic of Santa Muerte— a physical embodiment of the deity. She’s the one Miguel worries about, killing cartel soldiers and ‘stealing’ their women. That’s juicy.

Elsewhere we see Miguel and Jesus come together as brothers. They douse themselves in cocaine. Miguel rubs it all over Jesus’s naked body like warpaint, streaking some in his hair, tossing some over his chest, and rubbing it over his back, as if Jesus is being baptised into the world of the cartel.
There’s horrific business to which they must attend next. Miguel’s cartel no longer deals with cops. Cortez and a bunch of other police officers are beaten and tied, lined up in the desert. They’re executed with bullets to the head, one by one by one.
Out with the old, in with the new. A vicious changing of the guard.

This series is stunning. Loved this episode and how it takes us deeper into the world Jesus is a part of, rather than sticking solely with Teller’s character. An excellent sign of things to come. Excited for more.