Men with guns knock on Whiterose’s door as she puts the finishing touches on her makeup. She hears gunfire, boots walking towards her room, and then she’s led out by armed soldiers, walking past the bloody carnage spattered across the walls. Whiterose has thwarted those coming for her. She’s fully reinvented herself, figuratively killing off her former identity.

We catch up again with Elliot, right as he gives his sister a hug goodbye and they go their separate ways, at least momentarily. He breaks down a bit, telling Darlene: “I‘ve been through a lot.” He thanks her for never giving up on him, no matter how bad things got for them. It’s still not a comfortable relationship, the two of them talking about their feelings this deep, yet, like the world around them, these siblings are changing— and for the better, too. Right now, Elliot wants to go to the power plant in Washington Township to destroy Whiterose’s machine. Mr. Robot doesn’t think it’s so hot of an idea. He thinks it’s “an endless war” they can never quite beat. That’s not going to deter the hacker.
And he wants to go entirely solo this time.

“At a certain point,
we’ve gotta move on.” 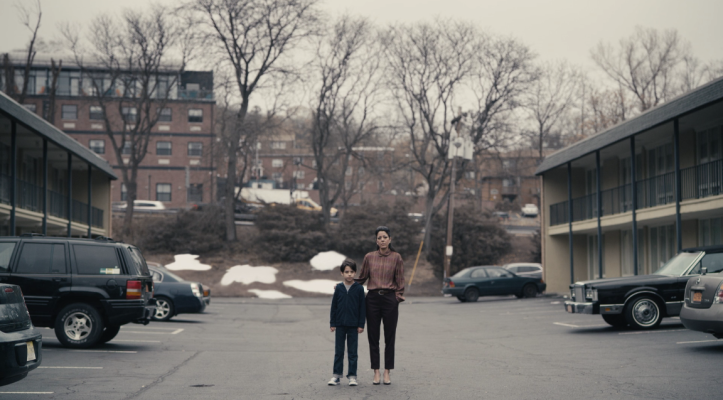 Soundtrack: Great use of “Heroes and Villains” by the Beach Boys here

There may already be some trouble in Washington Township by the look of things. Trucks and cars go speeding up towards the power plant as Elliot makes his way there. Nobody’s at the gate. The hacker walks right into the E Corp facility there, and there’s not a single soul anywhere to be seen. He continues further inside, finding nobody, like everybody dropped what they were doing and left. The entire building seems like it was a ransacked. So Elliot sits at a computer to take a look beneath the surface.
On closer inspect there’s a dead body there: a man shot in his dead. When Elliot discovers this it’s right about the same moment police cars show up in a herd and chopper sounds fill the air. He then sees the Dark Army have arrived, as well. This kicks off a tense moment with some soundtrack by Afterhours (“La Vedova Bianca“). Elliot sees all the other dead bodies littering the facility.

He’s led down a hall, featuring the paintings of important men with their faces scratched out in paint. Past another door, Elliot walks into the room we’ve seen others in before with a pastel-coloured rotary phone and an old Apple computer, along with a copy of Resurrection by Leo Tolstoy, a perfectly titled book for Whiterose to have lying around. Specifically, the room’s been catered to Elliot, to get at him psychologically. She and Elliot meet, officially. She wants him to “come to an understanding” with her about how things will go from here. She lays bare her plan for a “better world” and an end to all the “dysfunction” of the current one. Elliot sees it as an act of destruction, believing Whiterose hates people. She’s offended by his accusations, and also finds it funny. They’re too deeply similar people, albeit in different ways. Elliot does hate people, admitting he’s scared of people. He tells her exactly what he’s learned about himself and others since this all began. He refuses to “give up on this world.”
Suddenly, the plant’s alarms go off. Whiterose has already turned on her machine.
She takes out a gun, explaining she believes it’s all up to Elliot to decide now, and then pulls the trigger blowing her brains out. Holy(!) fucking(!) shit(!). This leaves the hacker and Mr. Robot to figure out what to do. In the Tolstoy book, he finds an envelope marked eXit. He’s sure there’s a way out. He takes a disk out of the eXit envelope and puts it into the Apple computer. It’s a parser-based adventure game, sort of like Hugo’s House of Horrors, and Elliot thinks it’s the way to get to the override function. The key to the game is going with emotion and humanity, rather than all functions, numbers, order, rules. And it helps Elliot shut down the process.
Except there’s still an explosion.
Too late to turn back the clock. Elliot tells Mr. Robot: “I love you.” He’s ready for the end.

“But then, there are some people out there, and it doesn’t happen a lot, it’s rare, but they refuse to let you hate them. In fact, they care about you, in spite of it.
And the really special ones, they’re relentless at it. Doesn’t matter what you do to them, they take it, and care about you anyway. They don’t abandon you, no matter how many reasons you give them, no matter how much you’re practically begging them to leave.
And you want to know why? Because they feel something for me that I can’t— they love me. And for all the pain I’ve been through, that heals me. Maybe not instantly, maybe not even for a long time, but it heals. And yeah, there are setbacks. We do fucked up things to each other, and we hurt each other, and it gets messy. But that’s just us, in any world you’re in.” 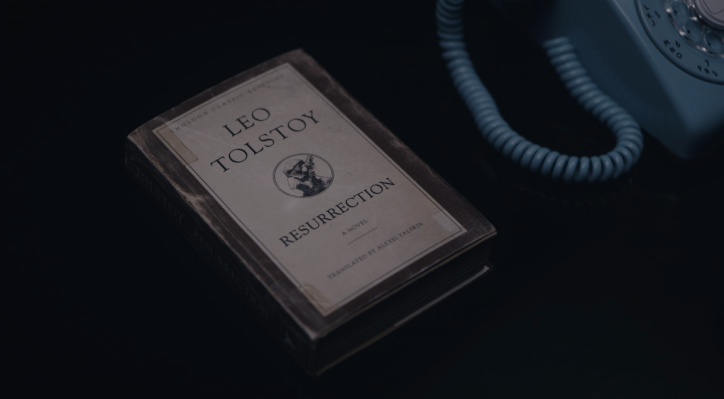 Soundtrack: “Turn Up the Radio” by OK Go plays here

We see an Elliot that looks and feels much different than the one we now. He gets up in his nice apartment, putting on some music, dancing in the shower. He shaves and gets all dapper for the day, much different from his normal style of dress. He seems to be having headaches, though. Out of nowhere, the place starts to shake like an earthquake’s hit. It stops and he gets a call from Angela. to whom he’s getting married. And dad’s been messaging him. Elliot is an only child in this world, too.
Because, of course, this isn’t real life.

At work, Elliot’s having more troubles. That headache keeps kicking in. He mistakes F Corp for E Corp, as the real world blends into this imaginary world. On TV, he sees Ms. Zi Zhang, wealthy billionaire, and her Whiterose Foundation making life better for people everywhere. This all pulls him back towards the truth, though he keeps trying to get through the day like normal. After Elliot’s presentation he has a minute alone with Tyrell Wellick, looking less like himself, more like the hacker when they first met. They have an interesting conversation, like the first time they actually met in the real world.
The day continues but Elliot can’t shake a strange feeling. He meets his dad at a cafe, who’s brought the special gift he’s been looking for to give Angela: a signed edition of From the Mixed-Up Files of Mrs. Basile E. Frankweiler by E.L. Konigsburg. He heads to Angela’s place later with flowers and the book, leaving it there for her to find. Actually heartbreaking to see him smile so happily, knowing it’s all an illusion.

Elliot gets back to his apartment to find the other Elliot there, sitting at his computer. “Who are you?” he asks. And worlds collide. 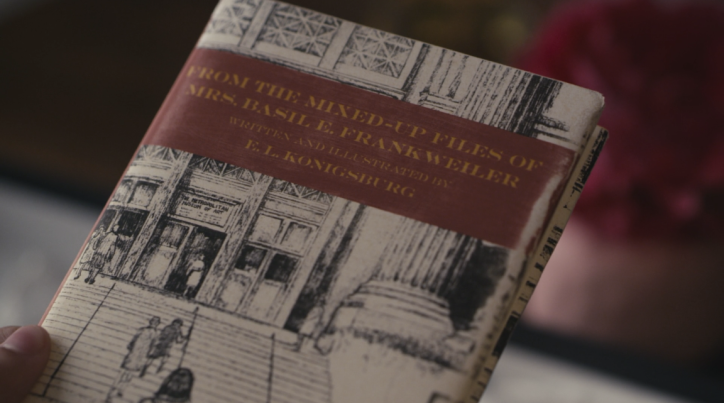 Wild episode. The final 10 minutes or more is a surreal sequence that adds even more sadness to Elliot’s tale, despite it being a happy sequence, too. Sam Esmail is Father Gore’s pick for best creator working currently in TV. The swan song season of Mr. Robot is proving to be some of the best television of the decade.