Showtime’s Kidding
2×08: “A Seat on the Rocket”
Directed by Bert & Bertie
Written by Jas Waters 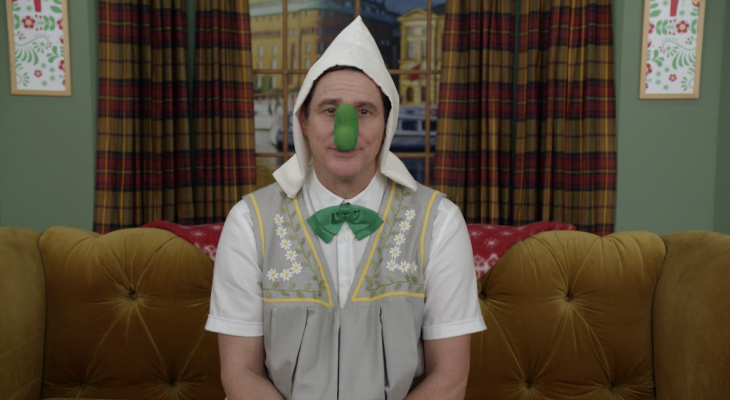 We see everyone watching their TV in 1986, as the Space Shuttle Challenger lifts off into the air. Only moments later the explosion happened and killed everybody on-board. It was a national, and even international, moment of horror. Young Jeff Piccirillo was watching. He believed that television killed “the dreams of children all over the world.” He wanted to use that power for good, “to heal them.” This was, effectively, the birth of Mr. Pickles.

Today, Jeff is on TV reaching out in different languages, in lieu of all his Pickle Family leaving him. He doesn’t want people around the world to feel alone without their local Mr. Pickles. While not taping he’s dealing with a drunk Peter, who absolutely should not be drinking. Seems as though the proposal didn’t go quite as well as Peter would’ve hoped. This doesn’t sit right with Jeff, so he goes to see his ex-wife, which doesn’t make Jill too happy. Will’s also pissed off that his father isn’t putting up any fight for his mother. Everybody has their own reasons for being angry, most of them legitimate. The only thing Will can think to do is go see Seb. But grandpa’s busy trying to get laid and has no time to deal with his grandson. Jeff truly is trying to build a new family of Pickles. He’s reaching out to his pal JOsip across the world. They’re going to look for people of “the highest moral calibre to devote their lives to children.” He asks Josip to be the first Serbian Pickles. However, their emotional call is cut off when Jeff loses internet connection, and then receives a nasty phone call from somebody claiming to know where he lives. Shiiit. We see the guy who runs the Southbend, Indiana chapter of the Pickles Platoon— Bobby Belongo. He gathers many jars of pickles. Kinda like the ones we’ve seen smashed on the front doorstep of the Puppet Time studio.

Deidre sees the jars on her way in for filming the next day. While she’s in the booth and her brother’s shooting, she sees a commercial with Blake Griffin featuring Astronotter, making her sad to see those former friends being used solely for capitalist gain. This sends her looking for “a letter NASA wrote” to Seb in 1997. Apparently NASA hoped to send Astronotter to the International Space Station to get kids pumped about science. Seb refused because of worries about what happened just over 10 years earlier with Challenger. Currently Seb is shacked up with Louise, or who he believes to be Louise. They cook twelve courses of Italian, drink wine, and, yes, makeout, leading to a nice blowjob for Seb.

While Scott’s trying to flirt with Blake Griffin, and Blake may be attempting to come out of the closet, Deidre interrupts them. She’s come to try and get Astronotter back, receiving only nastiness from Scott. He acts pretty high and mighty for a guy who was cheating on his wife with another man. We do get a glimpse of their past. When they were young, Deidre got accepted into the Japanese Design Exchange program and worried about things changing while she went away for a year, oblivious to any potential signs of her future husband’s homosexuality. Her big inspiration to go? Christa McAuliffe, one of the seven crew members killed during the Space Shuttle Challenger disaster. We see Deirdre watching live coverage of the disaster, after which she finds Jeff at the door, telling her about his hopes to heal the kids. She wanted to help, unwilling to get on a plane too soon after watching the shuttle explode. This was the beginning of Deirdre and Jeff creating the show together, from her puppets to his idealistic worldview. “Nothing worse than a dead puppet” 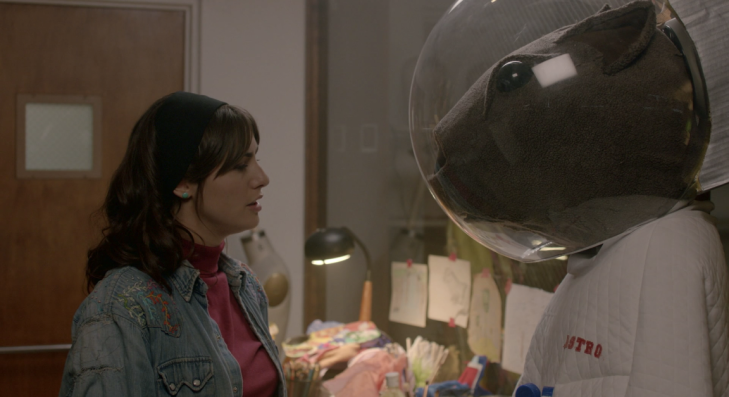 Because of Deirdre’s love for Astronotter she takes an axe to go back and talk with Scott. She tells him Astronotter will be getting on the rocket. Scott offers the otter for more time with Maddy. They’re interrupted because of Jeff’s situation: his home address, his Social Insurance number, and all his other details turned up on an internet forum. The toy company shut down the internet link just in case, but that doesn’t mean it isn’t troubling. Particularly with Mr. Belongo out there filling pickle jars with gasoline.
Jeff rushes to Jill’s place. He can’t get her attention while she and Peter are talking about the marriage proposal, and Will won’t listen to his dad trying to get his attention, either. So he rushes to change the numbers on their house and the house next door, just in time as Bobby swings by to toss a fiery pickle jar and light the place up. Will sees the changed number on their house and takes it as yet another sign from the magic book that he is, indeed, turning back time.
And what’s the beeping from his drawer that’s got him smirking? 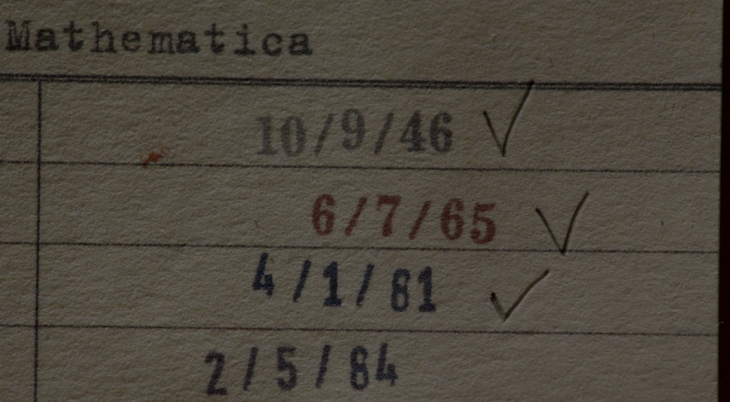 Another solid episode, especially all the stuff with Deirdre and Astronotter.
Loving all the filled in backstory we’ve received so far throughout Season 2.

“The Nightingale Pledge” is next.