Kim and Jimmy are discussing their relationship, both personal and working, going forward. They need to have honesty between them. Jimmy’s attempting to skirt around honesty as much as humanly possible while Kim thinks they’ll be able to somehow work this out. Despite it all they’re meeting Huell Babineaux as one of their witnesses, then they’re being officially married at city hall. Sort of perfect that their marriage is a “legal arrangement” rather than an actual union between two people who love each other. Par for the Saul Goodman course. And their brief ceremony with a judge even more perfectly mirrors how they’ll be facing each other, in a decidedly different fashion, when they meet to fight in court.
This all just makes the downfall of Mr. McGill into his existence as Saul even sadder.

Not to mention Jimmy has other business to look after, such as representing Lalo a.k.a Jorge de Guzman after he got picked up by the DEA. Saul does what he can in court, but can’t manage to budge the judge on denial of bond. Not quite what Salamanca was hoping to hear, surely. At the same time, Kim has to go with Schweikart with hat in hand to smooth things over with Kevin at Mesa Verde. She deems the meeting the “worst day” of her career and wants to assure things like that won’t happen again. Kevin remains disappointed in her, especially regarding her personal relationship with Jimmy. So she decides to take it to Kevin, blaming him for everything because he ignored their original advice about relocating the call centre, among other things. He takes it on the chin and their business continues. 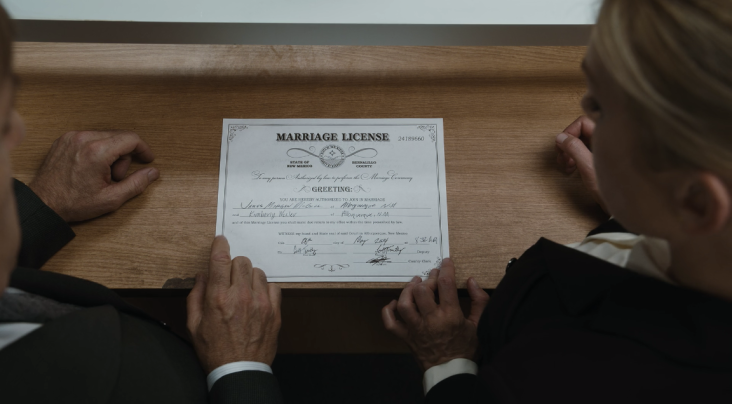 Jimmy’s plans for Lalo aren’t what the latter has in mind.
Because now ole Saul finds himself in over his head BIG TIME with the cartel.

Sweet to see Mike’s relationship with his granddaughter back on track, as he reads her a nice bedtime story. Maybe once he and Gus came to an agreement his life has smoothed out, at least somewhat. He and Stacey are doing okay, too. They have a brief talk about what his son was like at a young age. Mike’s obviously getting better with talking about his boy, which is best for him in all areas of his life. He tells Stacey: “I‘m better now.”

Sex for Jimmy and Kim gets put off a little because he admits to representing a “cartel guy” and chats about the rocky legal road ahead that may make him a “friend of the cartel.” The money’s all Jimmy can think of, his Saul persona bleeding over into his personal life where the moral choices become even harder to make. He plays it off like he doesn’t want that. But there’s a twinkle in his eye and a tone to his voice that says otherwise, and Kim knows it, despite refusing to fully accept it.
In other cartel business, Nacho’s desperate to talk with Mike. He wants to get out of the business for the sake of his father. He needs to take his father with him, and his father’s going to insist on talking to the police. Nacho tells Mike about receiving a call from Lalo, being “put back in charge,” and receiving the order to torch Los Pollos Hermanos. Looks like Mike’s going to be a busy man.

We see a familiar face, Peter Schuler, when Madrigal are having a board meeting. Gus is there to talk about the “comparable sales increases” in business at Los Pollos Hermanos. He’s brought new product for everyone to taste: spice curls. Last time we saw Schuler taste testing he proceeded to kill himself in Breaking Bad. Always so ironic how the writers rework us seeing these characters in the past while we already know their fate. Part of the reason why Better Call Saul is such an expertly crafted television series in its own right. We also see Lydia Rodarte-Quayle once again after Gus meets her and Schuler in an adjacent hotel room to his own. Schuler wants to know if Gus can “continue construction” now with Lalo behind bars. Fring has to explain the complicated reality, but Schuler’s getting more paranoid all the time, concerned auditors are going to find out what he’s been doing. 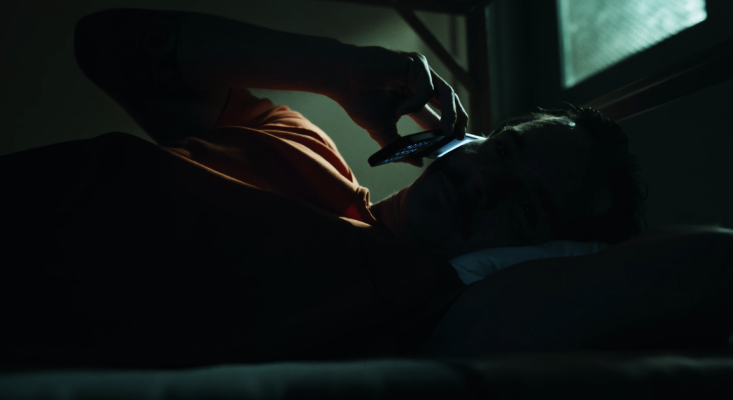 “My god, this nightmare never ends.” Mike pays a visit to see Jimmy at home. He wants to have a word about Salamanca. He wants to get Salamanca out on bail. Jimmy doesn’t want to “take marching orders” from someone he doesn’t know, and Mike isn’t willing to give him too much info. The lawyer is fast figuring out that he’s caught in the middle of a whole lot of messy shit. And though he’s sneaky and smart in his own devious way, he’s not on the level of guys like Mike or Fring who’ve been operating on a much higher level of deviousness for years.

Speaking of devious, Gus and Nacho are purposefully torching a Los Pollos Hermanos location to make things look perfect to fool Lalo into complacency. Funny how even when he’s meant to be fucking the place over Gus still has an air of OCD and eerie calm about his actions, in contrast to Nacho bashing. Gus uses a frozen chicken as a timer, letting the thing heat up until it slides into a fryer and causes utter mayhem while he walks back to his vehicle.

In court, Jimmy is looking to get Lalo out on bail. He is starting to feel the moral pangs of guilt when he notices the victim’s family present. He pushes back against the prosecution and does what he can to spear their case. He’s got a fake family sitting in the back of the courtroom pretending like they’re “deep ties” to the community, hoping that’s what will keep Lalo on the streets. Jimmy goes full Saul here and it works. However, the bond gets set at $7-million. No sweat for Salamanca. One problem? He’s sending Jimmy to get it. At the courthouse, Jimmy runs into Howard and the former blows up about the job offer. It gets clearer all the time Saul is just a way for Jimmy to feel a kind of power over others. It’s why he’ll continue falling into bed with the cartel, morality be damned. A legitimately incredible outburst that gives us insight into his warped perspective. The perfect shot prior to their argument divides Jimmy into two halves, like he’s splitting into his differing personalities literally before our eyes. One more great chapter in Better Call Saul.
The moral decline gets steeper every episode. Something’s gotta give.

“Bagman” is next time.