Ethelrida’s in her room writing one night when she hears a noise outside her door. She checks to see who’s out there, finding an apparition of a dead man sitting on the top of her stairs. Elsewhere, Zelmare and Swanee have escaped somewhere safe to count their money; Swanee gets a chance to puke, as well. Constant is on the road when he and his driver are encircled by fire suddenly. They can’t escape. Surrounding them isn’t only fire, there are also Cannon’s men. They’re forced to drop their weapons. The driver gets tossed to the flames. One of Cannon’s men puts the tip of his gun barrel in the fire, then presses it against Constant’s face, giving him a ghastly scar. They leave him there in a circle of fire.

At the diner, Doctor has another sit down with Ebal. The Italian talks about “American values” and how it doesn’t make sense to him. He’s been learning about the history of America, like slavery and the Natives having their land taken. He sees the U.S. as a land of pretend. However, he won’t pretend the Italians and the Blacks aren’t having serious fucking troubles. Doctor mentions what Constant did, along with Rabbi, nearly taking out Lemuel, and Ebal has no idea what he’s talking about, neither does he have a clue about the stick up by the two women. He makes Ebal curious about what’s going on within the Italian’s own organisation. 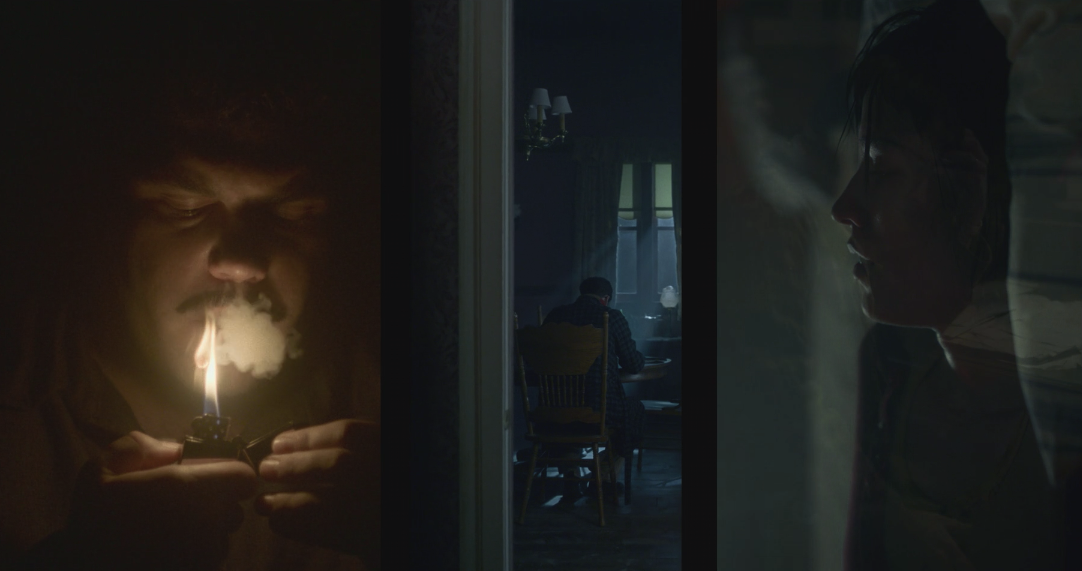 Rabbi catches up with Josto alone, trying to tell him about the botched hit. He tells his boss about everything with Constant. Josto’s now livid, realising his brother’s trying to call the shots behind his back. He is a hilarious little man. He’s dangerous, but hilarious. At the station, Deafy and Odis continue working together, however tenuous their alliance may be with the former being a maniac and the latter trying to keep up his promises to the Faddas. Speaking of the Italians, Josto goes full bore at his brother, popping off shots at Gaetano as a warning. The brothers have words, and Josto threatens to shoot Gaetano’s balls off. Things settled down, for now.
But what’s to come of all this? Violence, that’s what.

Deafy and Odis turn up outside the Italians’ shop. The detective goes in while the marshal stays outside, questioning an angry, pacing Gaetano whether he’s “accepted Jesus Christ” into his heart. Deafy gets talking to both Gaetano and Constant then. He’s threatened by Constant, then he gets talking about Italians dealing drugs who got lynched. Inside, Odis is getting his marching orders from Ebal and Josto. None of it settles Josto, whose anger and frustration is beginning to show more and more.

Ethelrida stumbles upon eerie things in Oraetta’s apartment. She finds a closet filled with poisons, laxatives, and other stolen drugs from the hospital. She also then discovers a ton of souvenirs. As in serial killer trophies. Oraetta’s been keeping newspaper clippings of the obituaries belonging to the people she’s killed, along with all kinds of mementos, jewellery or otherwise. Get out of there, Rida! Goddamn.

Poor Rabbi gets confronted in the street by Loy. He’s sliced open with a blade, questioned about what happened with the near hit on Lemuel. Loy talks about the night Rabbi killied his father, but the Irishman insists: “You don‘t know nothing.” Mr. Cannon wants his youngest boy safe from harm. He wants Rabbi to bring him Satchel for the price of $5,000. Rabbi refuses. Things are going to get seriously ugly.

At their hideous, Zelmare washes puke off their stolen money while Swanee suffers it out in bed. Then, a body comes out of the bathtub water. Rain falls in the room, all over Swanee in bed. It’s only a vision Zelmare seems to be having, or maybe it’s Swanee, who wakes up after looking like she’s dead for another good puke over the edge of the bed. Zelmare goes to find Thurman, asking about who made the pie. She offers money to help him out of debt if he tells her.
Thurman goes to see Loy, the man to whom he’s been indebted. This is a strange full circle moment. Loy’s curious where the white man got all that money so suddenly. Thurman claims it was the death of a family member that left him a “bag of cash.” He gets out of there without any issues. That doesn’t mean the wheels in Loy’s head aren’t turning. He gets a whiff of stale puke off the cash, and NOW there are issues.

Of course Thurman goes home in a celebratory mood. He busts out liquor for a toast, telling his family they’re “out of danger, out of debt.” Dibrell’s immediately sceptical of her husband’s story. She knows instinctively where the money came from, and who gave it to him. Thurman confirms it without outright saying the words. There’s now marital trouble to add on top of whatever else is coming Thurman’s way at the hands of Loy.

“I can’t remember the last time a white man tried to make my life easier.”

Another solid episode. Season 4’s really cooking with gas at this point.
I love the intersection of stories/fates in Fargo. And this season’s delivering.