John Frankenheimer has directed a few incredible films, which includes Birdman of Alcatraz, The Manchurian Candidate, The Iceman Cometh, Black Sunday, Ronin, and the fabulous sequel to the amazing French Connection. Despite those fantastic offerings, I believe Seconds is his best. It is a horrific vision of the future brought forward by an excellent central performance thanks to Rock Hudson, and a tight script by Lewis John Carlino adapted from David Ely’s original novel. Frankenheimer does a bang up job directing this film with some great help. 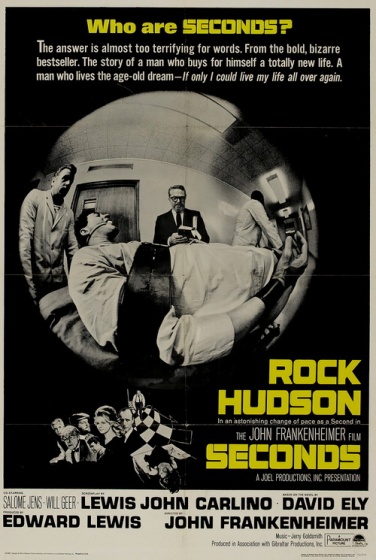 Seconds tells the tale of Arthur Hamilton who has lost interest in life. He has everything, seemingly, and isn’t happy. He comes across The Company. They specialize in giving those wealthy enough to afford it a type of transplant: they effectively transform a person into someone else, transplanting them into a new life. Eventually, Hamilton wakes up after a long debacle as Tony Wilson (Rock Hudson). From here, things get especially strange. His adapting to the new life is strange. Eventually at a party he has too much to drink, and starts rambling about the man ‘he used to be’. Things start to spiral out of his control.
He wants out of this new life, this second chance. 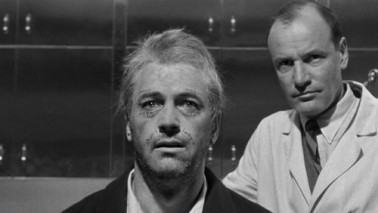 I think the story itself is scary enough on the surface. There are so many different sci-fi horrors I can think of straight off; so many things could go wrong. It’s like how people think of being invisible as a great thing, making you capable of so much, but they forget that the capabilities can also be horrible instead of positive. In fact, the final seven minutes of Seconds gives us one of the more unsettling endings possible for such a story. As Hudson is being brought to his reassignment, after not being able to adjust to the new life he was given, we suddenly realize all the cruel implications of such a service. I think the last few minutes of the film are some of the more creepy and terrifying moments I’ve ever seen, in any film. It doesn’t need any outright horror, no blood or violence. All this finale needed was the talents of Hudson and the incredibly bleak, and wonderful, writing of its script. 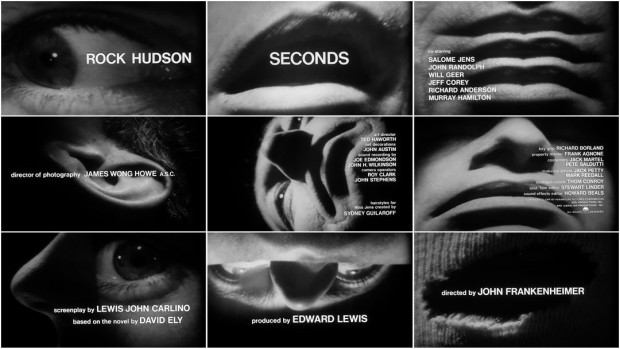 One of the most notable things about Seconds is the cinematography. Right from the very opening scene we become aware this is a distorted view of reality. It is in our faces. The camera shows strange angles. Shots are edited at a fast pace. It’s evident from the start this film is anything but typical. There is no wonder James Wong Howe got an Academy Award nomination for Best Cinematography (Black & White) because for a film made during the 1960s the camerawork is astonishing, and refreshingly original. While a lot of filmmakers were going the way of Kubrick [not saying this is a bad thing – I love Kubrick’s films, as do many – this is simply his school of film thought, in my opinion], that is to say many of them were focusing on framing scenes symmetrically and the like, Frankheimer and Howe chose a unique way to present the film. It helps the themes found in Seconds. The odd angles come at perfect times.

For instance, at a party when Hudson’s character has too much to drink, he starts spouting off about his former life. Unfortunately for Hudson, others who’ve undergone the same procedure as him are there, and they are watching him, keeping an eye on things, as they say. A bunch of men try to silence him. They drag him away, pin him down, and tell him what’s what. This scene could have been filmed in a very traditional fashion. Instead, we get fish-eye type views of the men, all gathering around, holding Hudson down. The camera makes it all frantic. You feel as drunk as the character, you feel as isolated and held down, both figuratively and literally. All in all, the camerawork really lends itself to the atmosphere and mood of Seconds, and the feelings it produces of being an outsider, or better an alien in someone else’s skin, in their life. 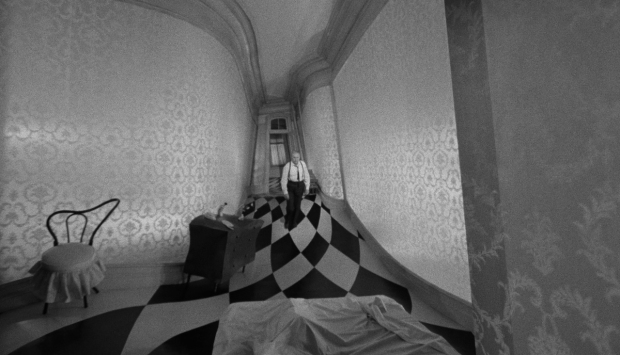 As a film, Seconds is absolutely a 5 star classic of a film. No doubt in my mind. There is not one thing wrong with this movie, and this is a reason why Criterion has chosen to preserve it. This film provides a masterclass in several areas of film: directing, writing, cinematography, acting. The whole masterpiece is a testament to collaborative effort. Without the work James Wong Howe did, for instance, there would be a hole left in the film. Likewise, the adaptation of Ely’s novel by Carlino is a solid work of writing. Without it the film wouldn’t have moved and flowed the way it does. Everything here is here for a reason. The whole machine works flawlessly. The story is absolutely incredible. I would rank this up there with any other psychological horror. This can also be seen as a real sci-fi horror, but it works so well as a psychological & dramatic horror I can’t help referring to it that way. Not to mention the fact Hudson is in this film; his own identity feels tied up in the role he plays, very much, and I think that adds a whole other level to Seconds. 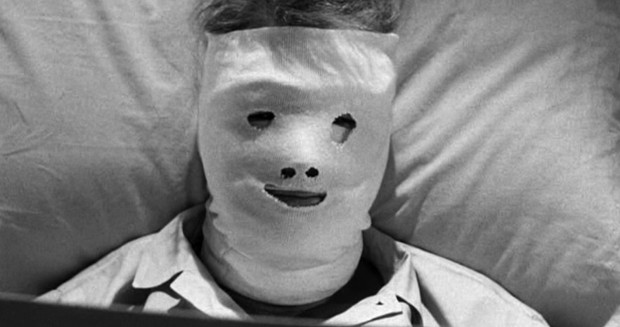 The Blu ray Criterion release for Frankenheimer’s masterpiece serves the film quite well. There are a few wonderful interviews including Frankenheimer’s widow, Evans Frankenheimer, Salome Jens, and a great new interview with Alec Baldwin who knew Frankenheimer well. Of course there is also a visual essay by film scholars R. Barton Palmer and Murray Pomerance, and in the case itself Criterion provides a booklet which features an essay on the film by David Sterritt. Most Criterion releases are amazing. This is no exception to that rule.
The release certainly gets a 5 out of 5 rating. They could not have improved on the film technically any more. The picture is absolutely incredible. Black and white can sometimes transfer over to look choppy, but the transfer here is pristine; the picture comes across beautiful, each and every image stays striking and noticeable. I cannot complain whatsoever.
Particularly I have to mention the camerawork and how evidently gorgeous it looks on this release. Frankenheimer’s wife actually discusses a few of the more brilliant moments. Howe uses really sharp focus in a few points that really blows me away. Also, she references the scene with the diamond-shaped hallway, the strange look of it all, the dreamy & nightmarish qualities within. All of these bits come out in beautiful picture. The look of the film is just a revelation here. That alone is worth the price of this Criterion title.

See this film.  Seconds is a marvelous masterpiece.  I rave about it.  There are too many moments to discuss in writing.  I could sit with a group of people and talk about this one for hours.  Maybe even days.  Not only the look of the film, the camerawork, and all of it, but the story and all its implications.  See this immediately, and get the Criterion Blu ray – you will not regret it.