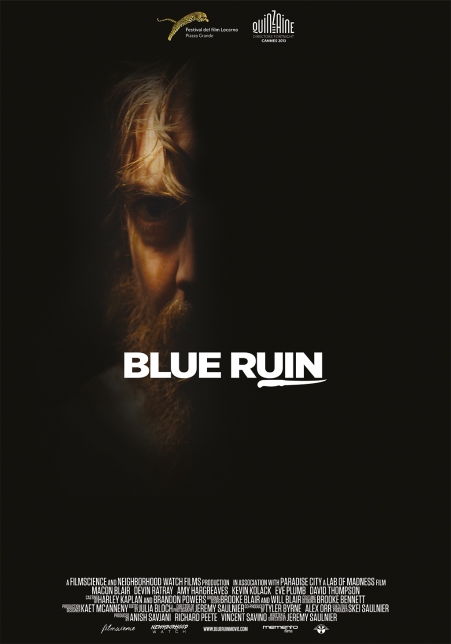 Personally, I love revenge thrillers just because they satisfy the real life need at times to dive into something similar to our daily lives. Many people can relate to the emotions of people who have family members, friends, loved ones killed or hurt in horrible ways. This is something we see in the news all the time. Even in our own hometowns. However, many revenge thrillers often push our limits of what’s believable. For instance, a lot of the lead characters in films of this sub-genre are often made out to be the perfect killing machine – even if they’re some mild mannered type before the events which change their lives, afterwards they become relentless, near superhuman people who can withstand any and all pain, as well as seem to automatically know their way around guns (including how to load them & et cetera) and have a plethora of unique ideas about how to modify simple everyday items into weapons. While I can get into some of those films just because they’re often good fun, when done appropriately and well-enough, I really respect a film that goes for a revenge thriller story but subverts what we’ve come to expect from other films of this sub-genre. This is one of those movies, which takes everything you thought you knew about the revenge thriller genre and turns everything on its head.

Blue Ruin is the story of a man who has nearly lost everything. Dwight lives out of his rundown old blue car (the titular Blue Ruin). He eats out of dumpsters, rifling through them to find whatever food he can that still smells edible. He takes a nice bath when he can – until the people who own the home he’s taking one in return. One morning he’s picked up by the police, however, they aren’t arresting him. An officer tells Dwight that Wade Cleland is about to be released; he is the man who murdered Dwight’s parents. After this, Dwight goes back to his home in Virginia. When Wade is released, Dwight follows him and proceeds to, messily, kill him in a bathroom stall. While escaping, Dwight drops his own keys in the bathroom, and ends up having to steal a limousine Wade was brought home in. The car itself is registered still under information leading back to his sister’s home. Dwight finds his sister, reveals what he has done, and begs them to leave in case the Cleland family decides to take their own revenge. Of course, this is what eventually happens. These events spark a brutal, raw war between Dwight and the rest of the Clelands, who will seemingly stop at nothing to avenge the death of Wade. 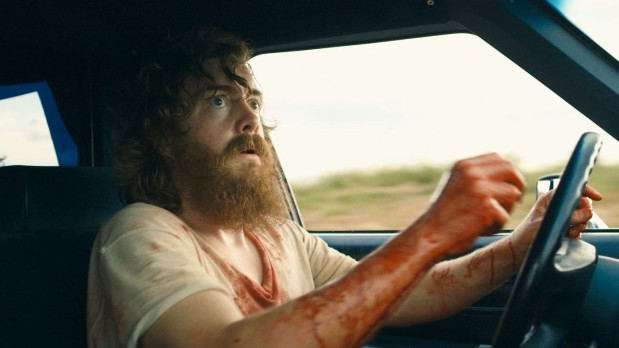 The most excellent part about Blue Ruin, aside from Macon Blair’s absolutely phenomenal and subtle performance as Dwight, is the fact they didn’t try to make the lead character into some kind of ultimate assassin who has suddenly come into his own after deciding to take revenge. I mean, it’s awesome to see action, a bit of blood and guts, all that, but it’s nice to also see Jeremy Saulnier write a character who is very real and lifelike. Dwight only knows he wants revenge. He proves, time and time again, he does not know how to go about actually taking it – but still it drives him. Like any of us if our parents were murdered, Dwight is consumed by the thought of revenge. When we first see him try to kill Wade it is an absolutely astonishing mess. It really works because most of us would have no idea how to grab hold of somebody and cut their throat, other than to grab on and try, which is exactly how Dwight goes about the kill. This doesn’t go as planned, and things get really sloppy. I think immediately this shows us Saulnier’s revenge thriller is unlike most in the sub-genre. That’s a-okay by me. I think this is a really fresh film because it doesn’t fall prey to the same slips and traps as others in the sub-genre do. The market nowadays is flooded with tons of revenge thrillers, especially after Liam Neeson and Luc Besson’s Taken became a runaway hit.

The acting in Blue Ruin is absolutely spectacular. Macon Blair has gotten a lot of praise for this role. Rightfully so. It is a real subdued performance, and you can feel the pain of Dwight coming through, radiating out of Blair at almost every moment. There are also times where you can just tell he is not equipped to deal with the murder coming along with his revenge – one scene, after watching a man get his face blown off, shows him on the side of the road by his car puking out his guts. In general, though, he really plays a broken down man here for the most of this film, and it is some of the finest acting in the last decade. Some of the best really in the entire revenge thriller sub-genre. Period – ever. I loved it so much solely because of Blair. It doesn’t hurt there are a few good supporting roles. Always awesome to see Devin Ratray – best known as Buzz from Home Alone. There is mostly focus on Blair, as he’s alone a lot of the time, or preparing himself for the revenge. However, there are small roles worth checking out here, and they fully round out the cast instead of just having Blair acting up a beautiful storm while no one else does anything. It’s nice to see even the smallest roles performed well.

The cinematography in Blue Ruin is gorgeous. It really looks great. Especially when juxtaposed with all the grim scenes. Some of the effects are just as great. Right off the bat when Dwight tries to kill Wade there is a nice bit of savage practical blood work, and you know right from then there will be more and more of this to come. The brutality in this movie really fits because it’s very real. There are not a ton of situations where you just marvel solely at how impossible it would’ve been for one person to setup such a scenario. Instead, Dwight rolls through this movie very unprepared, and the gruesome, bloody scenes usually reflect this raw and real nature. I really loved a particular headshot that comes just after the last half hour begins – it looks amazing, and the sound design is incredible, as Saulnier easily and briefly represents how far away the bullet comes from. Very cool effect. 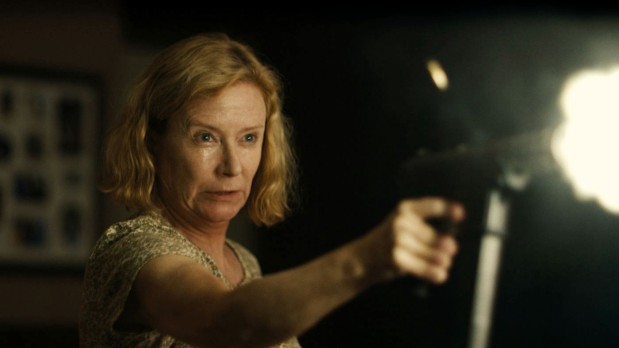 Overall, this is a perfect film to me. Saulnier has created a very brutal, raw image of the revenge thriller. He takes it out of the ridiculousness of Hollywood and how big budget films treat the sub-genre. This is a spectacularly written, directed, and acted film. There’s nothing wrong here. I think this could’ve easily become generic fodder, like many of the Taken rip-offs (and also the awful Taken sequels themselves). Saulnier opted not to do anything like this. Blue Ruin is probably the best crowd funded film out there. He really put the money to great use. The cinematography makes the bleak & grim story come to life, and Macon Blair puts on a performance that should be nominated for Best Actor in a Leading Role. Check this out. You will not be disappointed by this amazing modern revenge thriller.