Out among the forest surrounding Kettering, moths float about, and at home Dr. Anna Macy (Elizabeth Debicki) feels as if she can literally see the air around her. She continues to record everything in her notebook. She’s in the bed of Fergus Mcfadden (Henry Nixon). Meanwhile, Fergus has found the cellphone of missing Chloe (Sianoa Smit-McPhee). He brings it to Max and Barbara Holloway (Damien Garvey/Sacha Horler), the parents, and her brother Adam (Brad Kannegiesser) is there to hear the news, too. They have somewhere to begin now. Although they hvae no idea where the road is headed.

Anna has to contend with Dt. Brian Dutch (Matthew Le Nevez) asking all sorts of questions re: Chloe. We know his intentions. However, even without knowing everything Anna has a sixth sense about guys like him.
On the cell, Fergus listens to the voicemail from Chloe, the terrifying message. He questions Eliza Grayson (Tilda Cobham-Hervey) about whether it’s a joke. She is a good pretender. A faker, really. She doesn’t realise that tihs time, Chloe isn’t faking. What we’re seeing is the hysteria in Kettering: “I guess I just wanted to be a part of it,” says Eliza. All a sham.
Bad boy Dutch is over to see Dane Sullivan (Dylan Young) about the rest of his drugs. Now the young guy is on the hook for $10K, and the dirty cop’s not exactly the forgiving kind. He has jobs to do that need a hand. Just great.
Anna heads back to her father Roy’s (Anthony Phelan) place. She finds a map marked with spots in the Kettering forest. Out there people are searching for Chloe. A base camp is setup, all sorts of operations. When Anna winds up there nobody is exactly welcoming. Not after all that’s happened. Although she manages to muscle her way into Deb Russell’s (Alison Whyte) vehicle for a ride up to where the search parties are moving. On the way they hit a small kangaroo. Deb watches on as Anna puts the creature out of its misery with a rock to the head. Chilling, though only because Deb sees this as creepy herself. We know Anna’s probably the least capable of murder in ole Kettering. 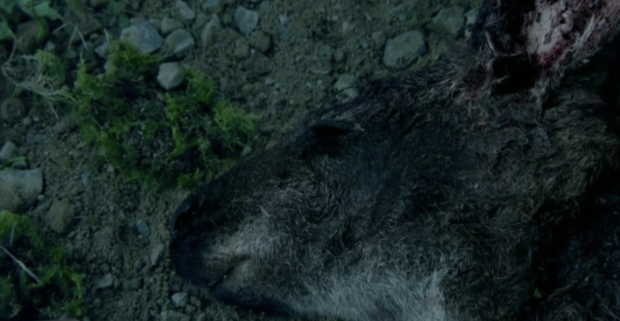 Nobody at the search is pleased to have Anna there, not even Papa Roy. Doesn’t help she has blood all over her hands, literally. She gets the cold welcome from Craig Grayson (Ben Oxenbould) and others, as well as the semi-longing star of activist Jens Jorgensson (Damon Gameau). Nevertheless, everyone heads into the woods, protective gear on, police with their dogs alongside.
Between the trees Anna sees something red. She starts hearing noises, seeing lights in the woods. She gets stuck in the mud, calling out for “Gillian” but it’s only Adam there to comfort her surprisingly.
Dutch is at the Holloway place. Of all people to be leading that side of the investigation. Not only is he dirty, he and Barbara have an affair going on. He gathers up a piece of clothing, talks about combing through Chloe’s social media accounts. Then once he gets a moment to himself in her room he finds the package for which he’s looking so frantically. All the while Eliza has her eye on Barb and Dutch.
Husband Max is just numb. And perhaps there’s a bigger worry behind all that. We know there is a lot more to Max. Likely something sinister down the pipes.
When Adam takes Anna back to the search site, Roy shoos his daughter away. Typical. There’s only more suspicion and paranoia for Ms. Macy. Even her own father doesn’t know what to think of her innocence, or guilt. The whole town is leaning her way mostly. In some way. For Roy’s part he seems to have something to hide, too. He was a cop, sure. There are further skeletons, though. 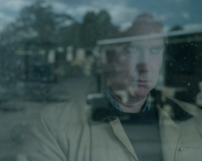 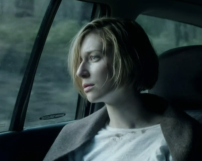 Anna secretly discovers Deb’s cancer, seeing the chemo implant on her chest. She also suggests Anna’s attitude “sucks” and that changing it may help her fit in. But further than that Anna finds out more about the Dr. Fiona McKenzie (Kris McQuade) with whom she was trying to speak at the hospital recently. Turns out she works as a tour guide at a prison nearby.
Over at the mill, Roy lets Max know the search is over for the day. He also talks about the Sullivan place. There’s more to that land than just the UFO sightings. Something else happened out there.
Dutch goes through Chloe’s computer. He finds videos on the presence of alien life, et cetera. Also there are pictures of him, all over Kettering. She kept a nice visual log of his comings and goings. At least for a little while. Smart girl. Now, the detective heads things off with his access to her things. Sketchy, dude.
Finally, Anna goes to see Dr. McKenzie and finds out lots more. “Things started happening,” she tells Anna. “Strange cancers” and all sorts of other things. One of those cases includes Deb. All of Kettering both threatened Dr. McKenzie, plus labelled her crazy. She knew Chloe had nosebleeds. She knows more than she even lets on to Anna, only warning she ought to leave. Now. Afterwards, Anna winds up talking with Fergus across the bar, as Dutch keeps his eagle eye trained on them. She tries getting to Gillian’s files, to dive deeper into the investigation herself. Sadly, Fergus can’t understand the greater significance of what’s been happening in their quaint town all these years.

Renae Baxter (Suzi Dougherty) continues believing her daughter Gillian is out there. Her man Travis (Kevin MacIsaac) is not at all interested in entertaining those thoughts, to the detriment of their relationship. When she calls him “simple minded” and a “leech” this is more than his fragile masculinity can take. He beats her. A real piece of shit. We see a better side to Dutch, as he responds to a call that brings him to Renae’s place. His mother was a battered woman. Well, Renae is tragically typical, not wanting anyone to know. Especially not the police. Travis doesn’t respond too kind to Dutch, as he knows about the detective and his drug dealing. But Dutch isn’t a pushover. He threatens the guy, fatally, if there are any more domestic abuse calls.
To the Holloways goes Anna. She brings a bottle of wine, looking to know if Chloe had any strange marks on her skin anywhere. Barb doesn’t remember anything specific, eventually wanting her out. Although Max is a little more reasonable, it’s probably best for them all. Upstairs, Eliza is dressed in Chloe’s pyjamas, and there’s an odd moment between her and Max. An almost eerie look from him, though that could just be my eye.
Then Anna makes a big mistake. She has sex with Dutch. Or at least begins the lead into it before getting a nosebleed. In the couch, Anna finds a necklace; you know which one. This gets her quite suspicious. Immediately that puts Dutch in aggressive mode, defensive. The questions from Anna start to shed light on his shady behaviour. Glad she didn’t fall into bed with this guy. 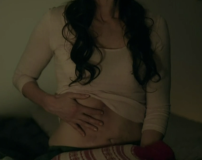 The reoccurring “Crimson and Clover” interest comes from Anna and Gillian having loved the song, recording their own version on a tape she carries with her. Roy isn’t pleased with his daughter’s attitude or behaviour. He doesn’t like that Anna went to talk to Dr. McKenzie. You just know there is something more to it all, that Roy knows more than he leads on. He tries to push his daughter away from home, but she is not leaving. We discover more about how Renae and Roy had an affair, which is a sore spot for him. He drives Anna out his house after she brings it up.
Next day the search continues on. Roy finds Anna gone, elsewhere. Anywhere. Barb and Max spend their days apart staring out separate windows; her at home, him busy over at the mill trying to keep his mind occupied. In a pile of logs, the body of Chloe is found. Right under the nose of her father. So god damn sad. 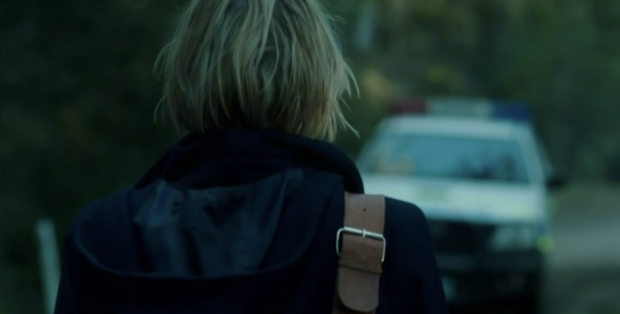 One truly intense episode. A great chapter in this mini-series. Love this show! Great drama, lots of mystery. I dig when a show can draw things out properly, and the writers are doing a fantastic job. Next episode is titled “The Mill” and it looks extremely intense.