Nurse Sadie (Virginia Kull) looks after Brady Hartsfield (Harry Treadaway), shaving his face, cutting his hair, and making sure he doesn’t look like a overgrown shrub. Meanwhile, Bill Hodges (Brendan Gleeson) throws on a Neil Young record to get the day started. He’s busy working on a new case for Finders Keepers. He says he’s repossessing a woman’s car, in the midst of hot-wiring it. She gets angry calling him an “ugly, fat fuck” before he leaves with the vehicle. Afterwards, he and Holly Gibney (Justine Lupe) have an argument, he’s not happy with hurting poor people by repossessing their belongings.
I love how “Fuck me up the arse” is basically Bill’s catchphrase. Perfect with his Irish brogue. Reminds me of my home here in Newfoundland & Labrador, where we’re basically Irish once removed. Mr. Mercedes is always a stellar combination of amazing performance(s) + well written screenplay.
We see nurse Sadie’s having troubles. She’s near comatose, like a woman sleepwalking through life. She drifts off into space often throughout the day. I wonder if she’s headed for a mistake. I wonder if, maybe, she’ll wind up taking the fall for whatever’s going to happen with Dr. Bruce Babineau’s (Jack Huston) experiments. Or, if Brady will do something bad to her when he’s got all his capabilities back. Hmm.

There’s a new case for Finders Keepers. Bill and Holly are looking at a man called David De La Cruz (Danny Garcia)— he’s in business with bad people. Looks like De La Cruz took his two sons and ran, which makes the whole ordeal that much more dangerous. This is something more suited to Bill’s talents.
We catch up with Jerome Robinson (Jharrel Jerome), coming home from his first year at Harvard with “straight As.” His father’s extremely happy, setting up a BBQ for everyone to celebrate. However, something about Jerome seems off. He doesn’t look as happy. Maybe it’s just coming home to that place.
In his brain’s basement, Brady’s making all the connections again. Gradually he starts returning to consciousness, one step at a time. He watches Sadie manipulate his body. On the monitor, there’s activity. She’s surprised by the sudden change. She and her patient stare into one another’s eyes until he blinks, sending her running for Dr. Babineau. There’s “brain activity spiking.” Hospital loud mouth Jonathan Pettimore (Adam Stephenson) thinks it’s Babineau posturing for fame. I mean, it is, kinda. It’s also real, too. As far as Brady’s concerned, he’d rather stay in the darkness than be thrust out into the light where he has to take responsibility for his crimes and all his perversity.
Out on the prowl, Bill searches for info about De La Cruz. He goes to a kid’s theme restaurant but gets nothing much. He thinks to check the local campgrounds. Out there, he sees the man bringing back firewood with his kids. The private investigator pulls his gun to stop De La Cruz. The man tries pleading his case, asking Bill to let him go. He’s stuck between the government and the cartel— “a dead man.” So, our lad Hodges leaves him there, even offering some advice before he goes. This former cop isn’t meant for running down these types of cases. He’s meant to catch killers.
We’ve not seen Lou Linklatter (Breeda Wool) in so long. At physiotherapy, she hears rumours Brady has come to, though her trainer says to disregard the gossip. Everywhere around the hospital the word’s spreading, after Sadie accidentally let slip to an untrustworthy colleague the killer looked her in the eye. This might mean trouble for Dr. Bruce and his wife Cora (Tessa Ferrer). 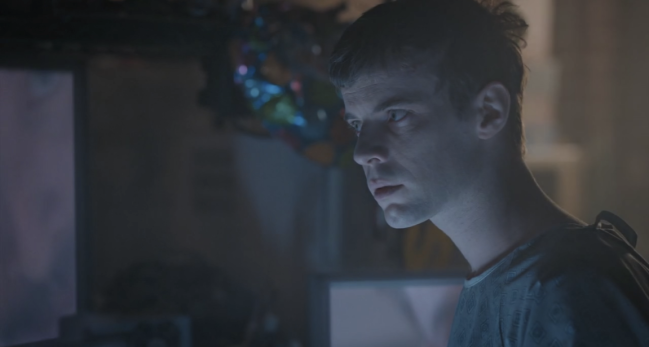 Assistant district attorney Tony Montez (Maximiliano Hernandez) turns up at the hospital with Dr. Babineau to go see Brady. They’re both working together, given the ADA wants to prosecute. He needs the serial killer to come back to the land of the living again for that to happen. Thus, he and Dr. Babineau are intertwined to a certain degree. Both men work against Pettimore’s interference to gain a “fucking feast of time” to work with the patient.
Tony takes time alone with Brady, taunting him in his coma. He even grabs him by the balls. Weird. From inside his brain’s basement, the killer watches in horror, quipping to his dead mother about their incestuous relationship. Tony’s in big trouble if/when the killer returns to life. In the meantime, there’s an eerie connection developing between Brady and nurse Sadie, as if controlling her mind: “What we have is just between you and me.” It becomes a terrifyingly hideous, manipulative, and psychosexual act.
While Bill passes off the De La Cruz case, Holly’s not ready to do that. He keeps her busy and keeps her mind off it. They head over to see Jerome at the backyard BBQ party. It’s a nice reunion after a year apart. Something to break the two private eyes away from their day to day routine, too. While there, Bill gets a call from Sadie’s mouthy co-worker, which freaks him out proper. It also gives him a sense of purpose, part of why he clings to the killer. We further start to see what’s eating at Jerome— something with college isn’t quite right. He’s doctoring his marks to show his father, unable to admit he isn’t doing as well as expected going from a small to a bigger pond. 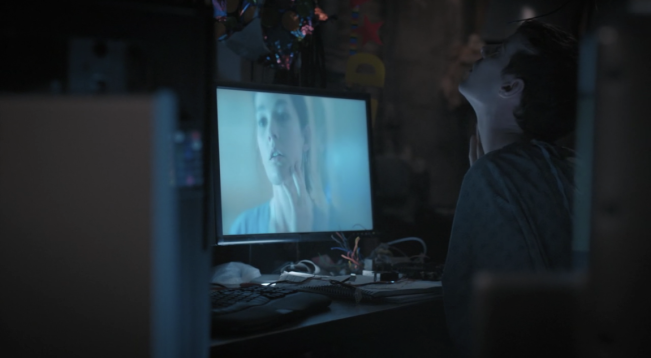 “There’s nothing wrong with a little darkness” 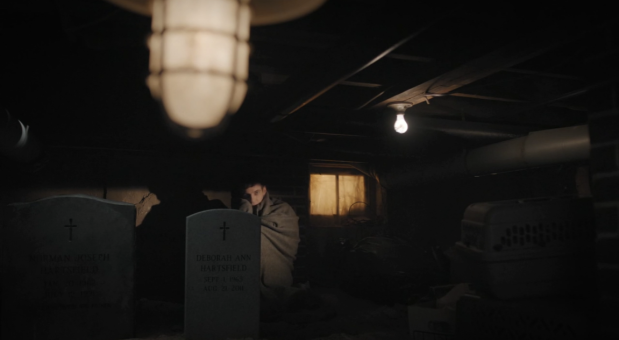 Back out to work, Sadie becomes the eyes and ears of Brady, who continues manipulating her every move. He urges to leave, he wants to be outside again. Sadie heads through the hallways towards the elevators. That’s when Brady, inside her, spies Bill coming to check on him. The nurse, on the killer’s orders, goes back to the patient’s room where Bill is heading. Brady urges her: “Get a scalpel.”
Bill stands over the comatose murderer. He sees more activity on the monitors, though no difference in the young man physically. Sadie goes in and chats up the former detective. She slowly pulls out the scalpel, then goes in for the kill, only to be interrupted by her co-worker. Bill almost just died, and he doesn’t even know it.
Still inside his head, Brady scrambles to get out. He wants revenge on Bill badly. Will he get it one of these days? We’ll see.

Season 2’s really starting to get interesting now. These are some of the only Stephen King books Father Gore hasn’t read, so I’m not sure how closely the TV show follows their story/plots. Any of you care to comment? No matter what, I love Mr. Mercedes. It’s a goddamn home run of a series, through and through.