Will (Cole Allen) and his friends are over at the house next to his, breaking in to smoke some weed. They find all the stuff Jeff (Jim Carrey) left out while preparing to make a cake. They also don’t realise the place is full of gas, either. Luckily Cassidy (Julitta Scheel) saves Will from lighting up his pipe before the place blows sky high. Across town, Vivian (Ginger Gonzaga) gets no good news from her doctor. Because though God can “make good,” he can “create evil,” just as for every shitty thing he does, he supposedly does a good thing, too.
The young people are all pretty burnt out about their near death experience. Giggles (Juliocesar Chavez) thinks the house actually blew up and they “left the universe behind.” Safe to say, it’s a miracle they didn’t wind up dead. This prompts Will to start trying to live a little more. He goes to see a girl at school named Havana. His brother Phil was into her, so he’s kind of passing along the message. He goes in for a kiss, and she pulls away, only to lean back in and plant one on him. 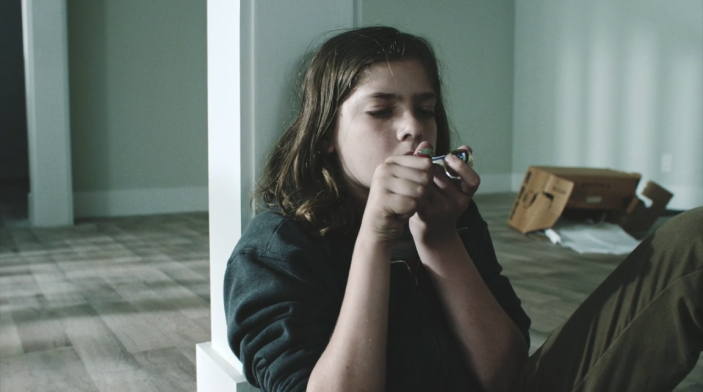 “There is always a balance. And every action has it equal and its opposite.”

After the lack of good news, Vivian’s depressed and ready to give up her last bit of hope. Jeff does what he does, trying to calm her with his special charm. Except it doesn’t work. His immutable joy’s not holding up against all the harshness of the world, between the death of his son and Vivian “quietly dying of cancer.” Jeff talks with Deirdre (Catherine Keener) about the Pickles on Ice situation, telling her he’s going to shut it down.
He goes to the rink, where Tara Lipinski is signing pickle jars. Jeff signs a jar for a little girl who both confirms and negates his worries about having a second Mr. Pickles around. Tara has a sister, Sara – pronounced SAH·RAH, because Tara does not like her sister “to rhyme” – and the parallels between her and Jeff become deeper in ways. When the Lipinskis have to go back to the ice Jeff gets in a tiff with a parakeet named “Tarakeet” who’s prone to seizures and likes saying the word “cunt” and other nasty words his owner’s said about her sister, so Mr. Pickles induces a seizure using the the light switch. I mean, he’s got to get that anger out somehow, right? He gets mad at Tara for saying such horrible things about her veteran sister, requesting his head back. Not long later he gets the expected call from his father Seb (Frank Langella). But he’s also getting less inclined to take his dad’s shit.
At home, Deirdre’s trying not to go insane from having a closeted gay husband and a daughter who’s having her own troubles. She takes out an old doll to work on, breaking down a bit. It’s a doll from when she and Jeff were kids, one her brother used to escape from their tumultuous home life, from which he got ideas that would later become staples of Mr. Pickles’ Puppet Time. Deirdre remembers how difficult it was for her and Jeff, and it makes her apologise to Maddy (Juliet Morris) for getting angry. Her daughter says she told her dad about the “secret handshake” she saw, and that mom knows about it, as well. Yikes! At the studio, Vivian goes to see Jeff, finding a new puppet librarian greeting her— Viva Las Pages. The library’s wearing her sweater, and carrying a bunch of books. One of her books is named the Great Book of Vivian. This is Jeff’s cutesy way of trying to help Vivian, singing her one of his songs along with the puppeteer act with a bunch of his felt friends in chorus. He doesn’t want her to give up. Not out of selfishness, either. His heart’s too big for his own good. And he somehow convinces her to go back to chemo. 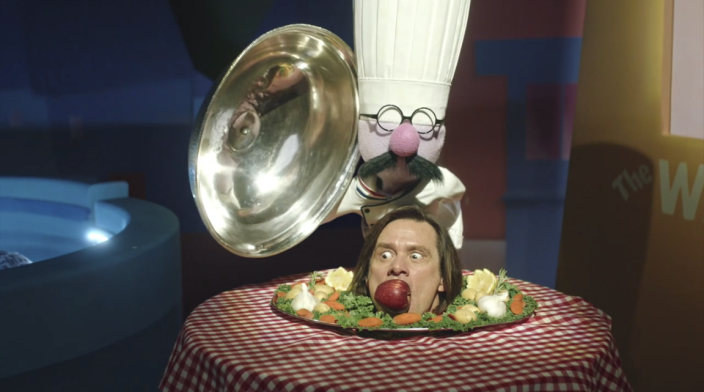 Another fantastically delightful episode of Kidding. There’s such beauty and darkness alike in this series. It’s perfect that way, because life is never one or the other, there’s always a bit of both. “Kintsugi” is next time.