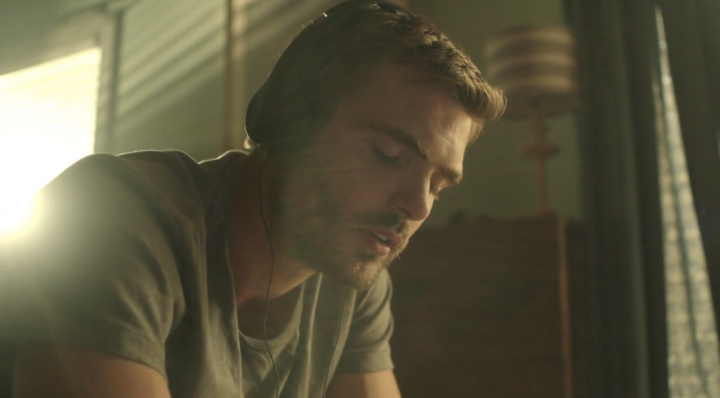 Xander (Ian Verdun) is out by the docks late at night when he hears noise nearby. He takes a look around and sees a trail of blood, finding Katrina (Aylya Marzolf) bleeding everywhere. Might not be a great situation, for either of them.
Meanwhile, Ben (Alex Roe) struggles with the siren song. He plays the recording of Ryn’s (Eline Powell) singing first thing in the morning after rolling out of bed, like someone who turns over and lights a smoke as soon as they open their eyes. Ben dreams of Ryn in the tank. She can’t get out, she’s in human form. She’s drowning. He can’t save her. It’s actually Ryn’s dream, not Ben. She’s not used to dreaming. Maddie (Fola Evans-Akingbola) finds out the mermaids don’t dream underwater, so she explains dreams, for humans, are often “how our minds deal with anxieties” and deep desires.
What does Ryn’s dream mean?
The merpeople are hungry and bored. They’re always moving in the water, whether fighting or hunting. They’ve got to find a new place for the merpeople to live. They have to start living amongst humans. Helen (Rena Owen) can help, obviously. Levi (Sdeale Threatt Jr.) and Sarge (Hugo Ateo) will guard the tank so they’ve got a safe place to swim. Ben’s busy worrying about keeping things from Xander. 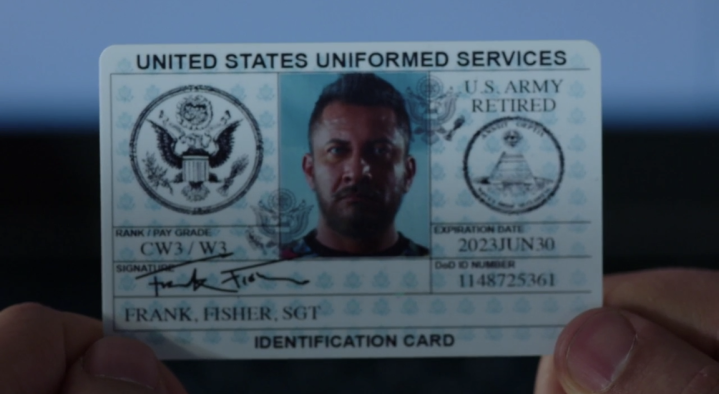 A hilarious, wonderfully teachable moment comes when Maddie sees Ben off. She kisses him out of “old habit.” Then Levi plants one on Ben. The best part is Ben doesn’t recoil out of fear of a man kissing him. He teaches Levi consent: “You don‘t kiss a person unless they want to be kissed.” SUCH A BEAUTIFUL SCENE! Could’ve easily been a typically toxic masculine moment. Instead, Ben doesn’t shun a gay advance – even if Levi didn’t understand what he was doing anyway – and uses it to help show Levi how to be a REAL man, not one who ignores the autonomy of others.
Ben likewise worries about loyalty. He feels bad for what happened to Xander’s father Sean and also feels kinship to Ryn’s people. He’s stuck between a rock and a hard place. He goes to talk with Xander. It doesn’t go well. Ben attempts to reconcile with his friend, at the same time pushing him to try and understand the merpeople.
Father Gore wonders if Xander and Katrina are going to take their own forms of revenge on the mer-clan. He’s looking to find Levi, to get vengeance for the death of his father. Big question = will she use him to try and take the clan back from Ryn as the new leader?
Across town, Helen and Rick (Brendan Fletcher) get to know more about each other’s lives. They share the genetics of addiction, mental illness, and a “rare autoimmune condition.” Helen gives him an “old family recipe” to help with scaling. Rick’s not totally comfortable with everything. There’s more to his story. Then, after he leaves, he returns the same night once the recipe works on his skin, hoping Helene can help him learn more about himself. 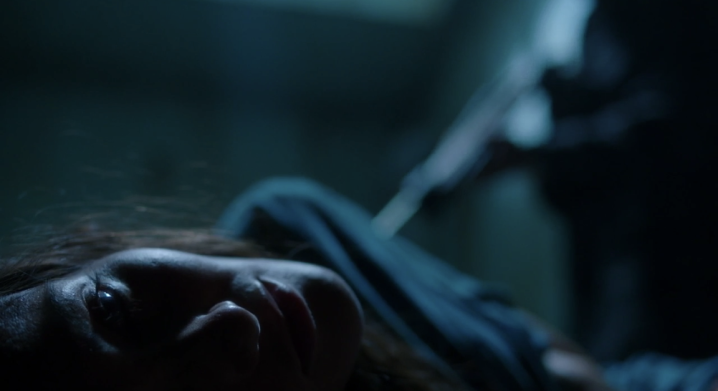 “Sometimes not fighting is what makes you the winner— knowing when to walk away.”
“Men fight, protect.” While Ryn struggles with her feelings for Ben, daydreaming about him, Ben has to deal with Levi sneaking away to the bar. The merman starts playing beer pong and doing damn well. Maybe nothing crazy will go down? In Bristol Cove, that’s a tall order. A guy gets angry with Levi for hustling him, which pisses the merman off, especially after Ben tells him fighting’s not always right on land. They take a timeout and talk about the merpeople’s rituals of mating— involves a lot of violence for the men, given they live in a highly matriarchal society.
We finally see who Susan (Garcelle Beauvais) was calling recently: Glen (Christopher Rosamond) is on her doorstep. Clearly there’s an unsettling aspect to their relationship. When Maddie goes home to check on her mother, she sees Susan’s high as a kite. Yes, Glen is that bad influence from the past coming back to wreak havoc on the Bishop family once more.
Later, Maddie, Ryn, and Cami (Millan Tesfazgi) show up at the bar to hang out with Ben and Levi. They watch as the merman tests his moves on a human woman. Levi’s sense of rhythm is a bit different, but he manages to do all right— doesn’t hurt he’s gorgeous, right? Maddie gets the rest of them dancing. In the meantime, Calvin (Curtis Lum) snoops around making Ben somewhat nervous. He’ll definitely become a problem, sooner or later. There’s also the thrupple— Ben and Ryn have a dance, complicating everyone’s emotions further. The night goes sideways once the angry guy attacks Levi and Ben intervenes, forcing the latter to throw punches before they all take off.
Maddie rushes back to Ben and Ryn after seeing her mother all fucked up. This puts the three of them together in the most romantic moment they’ve shared so far. Maddie kisses Ryn, then Ben, and Ben shares a kiss with Ryn. FINALLY! So beautiful. Representation of a polyamorous couple on TV, no matter if it’s sci-fi, is a huge deal. Love Siren. So much fantastic writing. This episode broke into wider territory with Ben and Levi’s moments, as well as the thrupple getting close to consummating their union. Interesting things happening all around! Will be compelling to watch whatever happens from here with Katrina and Xander’s unlikely partnership, too.
“Primal Instincts” is next time.