Ryn (Eline Powell) is stepping right into the lion’s den with Nicole Martinez (Natalee Linez) back at the Office of Naval Intelligence. She’s being called a “test subject” already and led into a lab. Our poor mermaid doesn’t realise what she’s walked into willingly.
Meanwhile, Ben (Alex Roe) is with his mother, Elaine (Sarah-Jane Redmond). She’s all about Clesco Oil and what it’ll supposedly do for the community. Her health isn’t well, either. Big Oil’s not going to fix all that, even in the capitalist healthcare system of America. Will this push Ben to look for a way to help fix his mother? Can the mermaid DNA help him? Simultaneously he’s worrying about everything surrounding the oil company’s bid to effectively takeover Bristol Cove. He tells Maddie (Fola Evans-Akingbola) he’s got an idea to disable the sonic cannon.
Ben wants to cut the company’s ship string to the cannon and haul it out in order to fuck things up BIG TIME. That’ll require Helen (Rena Owen) to use the new “trust account,” drink a little champagne, and make sure everybody’s watching the live show of the extraction planned by Clesco. Gonna need that James Bond “circa 1974“-style badassery via underwater welding, requiring the mermaids to do dangerous shit. What about Ryn’s lying to Maddie? Could cause unforeseen circumstances.

Helen takes the merpeople back to see Rick (Brendan Fletcher). She wants him to say goodbye, in case they never see each other again. He feels a deep sense of loss watching them go. Afterwards, Helen brings them back to Ryn. They plan to spend one last night together. Things might go badly. If so, the clan will get one final evening to be a family. Helen and Sarge (Hugo Ateo) have their moment, too. She gives him a necklace from her jewellery box by which to remember her.
At the bar, Xander (Ian Verdun) is suspicious about Nicole. He starts poking at her until she admits it, because he already knows she’s military. She won’t tell him anything else. At least he’s figured her out. Xander’s a good man and he was being used so badly. However, Ryn’s in league with Nicole now, unaware of the woman’s true intent. It can only bring destruction. For now she goes back to Ben and Maddie, to spend the last night with them. Heartbreaking and beautiful to see the mermaid-human thrupple make love at this particular moment in time. Father Gore’s not ashamed to say he cried, particularly when our mermaid said: “Ryn always with you.”
The big gala’s going foward as planned. Reporter Ian Sutton (Luc Roderique) is there, strangely invited by Clesco. He decides to poke his nose into Ted’s (David Cubitt) business, getting the expected cold shoulder. And out on the ocean, the crew sets sail. Xander tells Ben about Nicole being military, so they were unintentionally “sleeping with them,” too. Nevertheless, their plans are safe from her. Or, are they? Did Ryn tell her anything, willingly or no? The crew arrive near their destination. First, Ben and Maddie head underwater to disable the cannon. 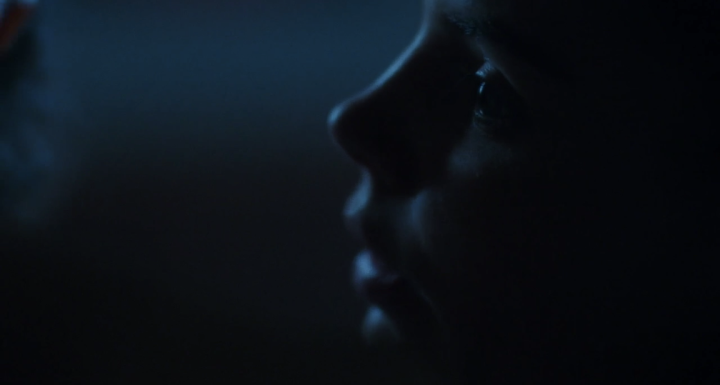 “This is where love comes from? We make it.” 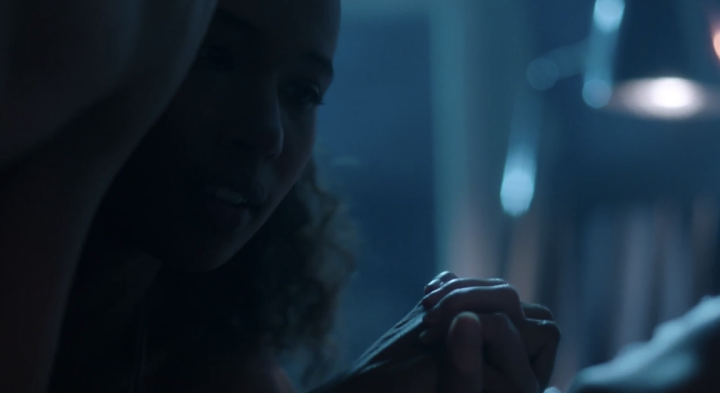 Ted is at the gala making a big speech, kissing ass to the people of Bristol Cove and to the CEO of Clesco Oil, while his son and Maddie are out in the ocean, working to make sure the cannon’s shut down. Once they finish, the merpeople strip out of their human clothes and hit the water, taking true form again. A couple take the tow line while Ryn and the others head for the drill. Except Cami (Millan Tesfazgi), who’s got other plans.
None of them know the live video includes a feed DIRECTLY ON THE DRILL ITSELF! Helen notices this and rushes for the phone to get Rick to cut the feed, and luckily he does it in time before anyone spots the mermaids on camera.
Ryn and the others work away at the ship’s drill. Up above the water, Cami has decided to take vengeance against Xander for the death of her mother. She comes after him with an axe. Perfectly terrible timing as things go absolutely fucking haywire on the Clesco ship with the detached drill causing a fiery collapse. Underwater, Sarge saves a couple of the mermaids and gets his throat by the loose line. Up top, Xander’s forced to shoot a flare at Cami, causing a fire on the boat that traps him and Calvin in flames. 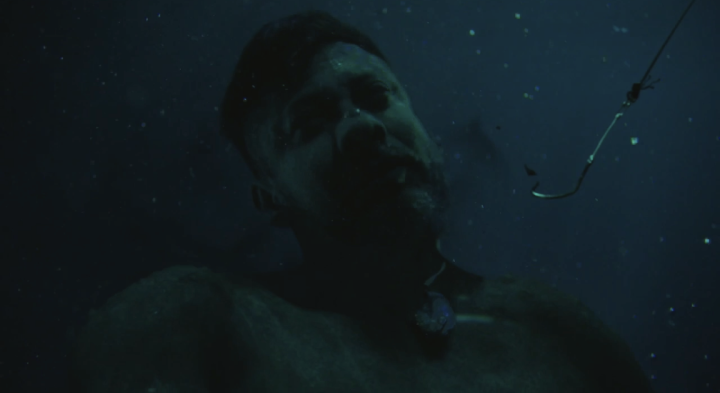 What a mid-season finale! Hard to imagine how they could’ve done a better job keeping viewers on their toes. Father Gore loved this episode. Might be the BEST of Siren yet. Especially excited to see how mermaid-human relations are after this, and how the Ben-Ted situation unfolds. Stay tuned for when the series returns later this year.