With a new adaptation of Stephen King’s Pet Sematary in theatres this year, the Faustian bargains people make in the horror genre are an endless source of inspiration for stories, and they run the gamut. One of the most devious, emotional bargains people make in scary movies is to bring back the dead. That bargain is usually complicated by emotion in the decision to resurrect a loved one, often a child.

This is the predicament two parents find themselves in when they’re thrust into deep mourning after the death of their child. Where their sadness leads them is a potentially terrifying place. The Dollmaker envisions what can happen when the powers of grief take over for reason and force desperate people into making rash decisions they haven’t thought through entirely.

The Dollmaker can be found on Alter’s YouTube channel, where every week a couple of skin crawling short films are released to chill your bones. Alter is a platform for provocative minds to showcase their twisted, uncanny perspectives to the world. They accept completed short films and filmmakers can send their work here.

Alter is a new horror brand for novel and grounded stories exploring the human condition through warped perspectives. Giving voice to emerging, diverse and established filmmakers, Alter’s owned and operated channel is distributed across
YouTube and Facebook
where two short films or series are released each week. In addition to curating and distributing
award-winning content,
Alter develops unique stories
with some of the most innovative minds in the genre through its Alter Studio projects—
which are not bound to a particular platform or format.

The Dollmaker, as per Lougher:

“… is a Pet Sematary-inspired Faustian tale that cautions against the treachery of desperation and wish fulfilment, written by Matias Caruso (who also wrote Joe Lynch’s Mayhem starring Steven Yeun from The Walking Dead fame).”

Watch the film below. 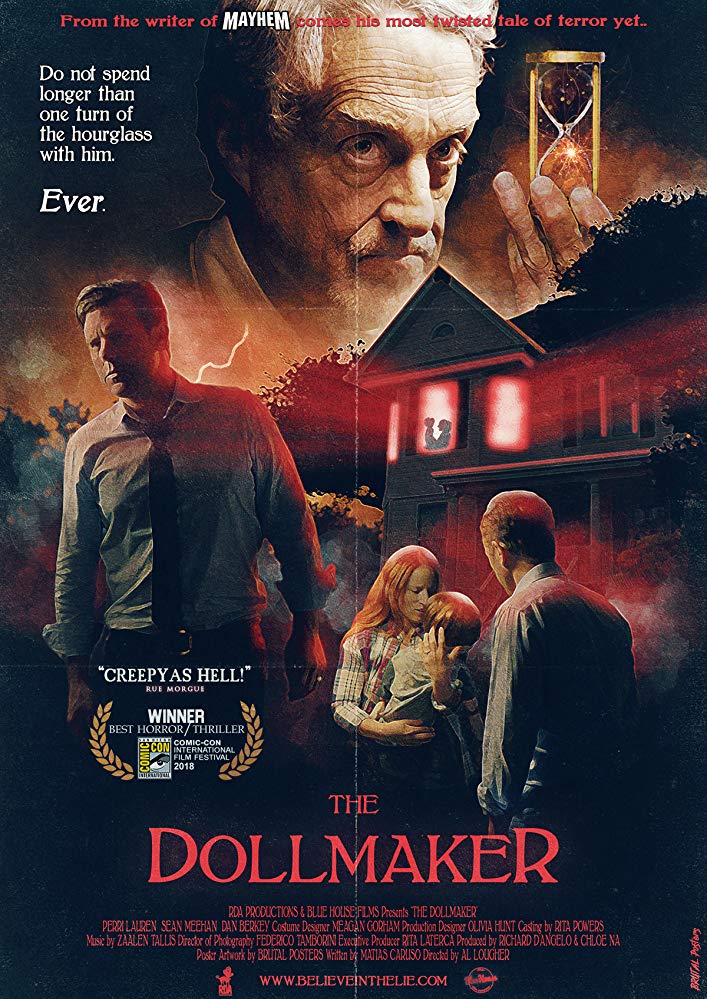