Whether you like his work or not, director-writer Charlie Steeds has steadily been building an interesting filmography since his 2016 feature debut Deadman Apocalypse, and he’s not stopping any time soon. His other credits as director and writer, so far, include Escape from Cannibal Farm, The Barge People, and The House of Violent Desire.

Something immediately likeable about Steeds and his work is that there’s very clearly a passion for the genre. You can make your own judgements on quality. There remains undeniable respect for horror in the way Steeds crafts most of his movies as throwbacks to earlier eras.
Particularly stuff like Escape from Cannibal Farm, The Barge People, and now Winterskin all feel as if they could’ve been made in the ’80s— their posters alone evoke, in Father Gore, feelings of being young, standing in the video store and staring at all the strange, magnificent covers for horror flicks on VHS lined off in garishly colourful rows. Sometimes the posters and covers were better than the actual movies themselves. Steeds does a fine job, from the artwork used to promote his movies to the gory indie spirit of the movies themselves, of wearing his influences on his sleeve with pride.

The press release for Winterskin describes the story as follows:

Gunned down in the snowy wilderness
and desperate for shelter,
Billy Cavanagh is taken in by kooky old lady Agnes, unaware her isolated log cabin
is being stalked by a bloodthirsty skinless creature hellbent on getting inside.

Don’t hesitate— watch a trailer for this wintry creepfest below, now! 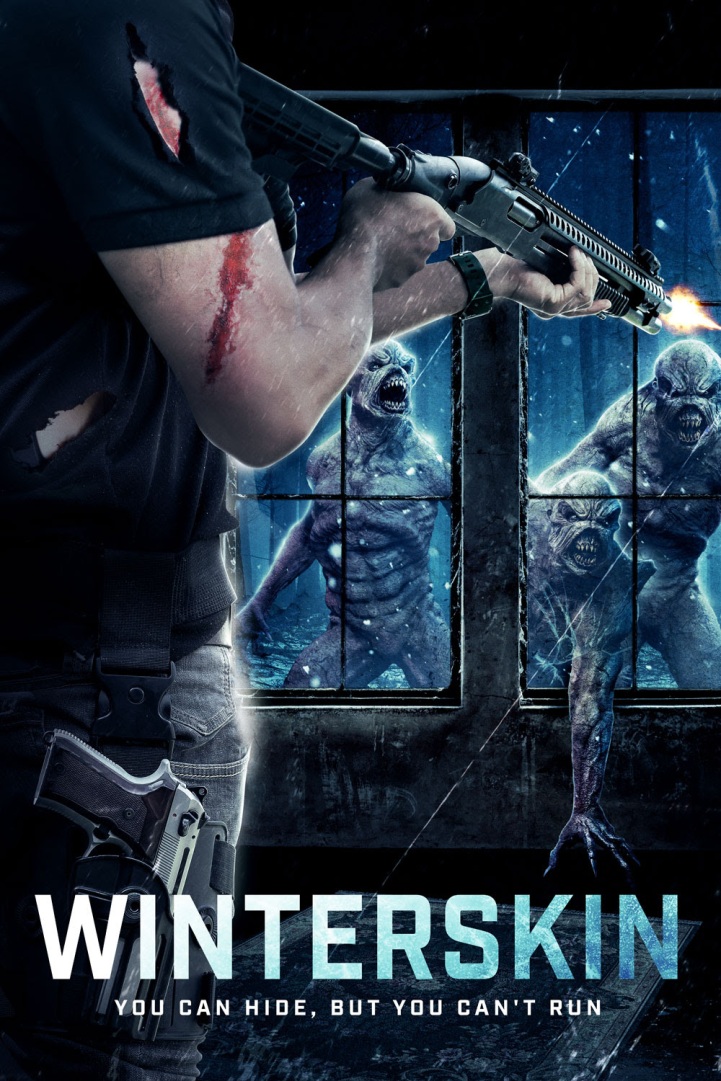 Winterskin is available on digital May 21st
from High Octane Pictures.