For the past 23 years, the Fantasia International Film Festival in Montréal has delivered the goods of genre cinema to the ever loving, hungry fans. Even for those of us who get the chance to cover many great films— whether full-length features or shorts— throughout the year, Fantasia Fest offers a few weeks of incredible stories from all over the world, spanning big, professional stuff to lower budget / experimental titles from budding artists and household names alike.

Lovers of horror, science fiction, action, and oddball thrillers will find a buffet waiting for them during the festival, running July 11th to August 1st. Father Gore’s particularly excited to see The Lodge, Bliss, Swallow, Vivarium, Phantom of Winnipeg, Harpoon, Darlin’, and Bruce McDonald’s Dreamland.
But even those are just the tip of a wonderfully wild iceberg!

Here’s just a few of the interesting titles playing at the festival:

Hunter, a newly pregnant housewife, finds herself increasingly compelled to consume dangerous objects— a condition known as pica. As her husband and his family tighten their control over her life, she must confront the dark secret behind her new obsession.
[Part of the Cheval Noir Competition]

A documentary about the unique-to-Winnipeg, Manitoba fan community around Brian DePalma’s film Phantom of the Paradise.
[Part of the Documentaries From the Edge lineup] 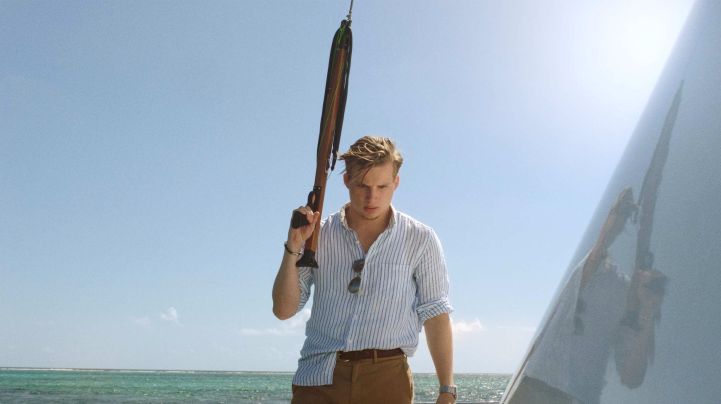 Rivalries, dark secrets, and sexual tension emerge when three best friends find themselves stranded on a yacht in the middle of the ocean under suspicious circumstances.

In Lorcan Finnegan’s latest feature, a couple looking for the perfect home, find themselves trapped in a mysterious labyrinth-like neighbourhood of identical houses.

Adam (Gabe Nicholson) lives a lonely existence in a cabin in a desolate forest, checking Deer Cam feeds on his computer and occasionally receiving visits from his brother Pete (Michael Daniel). Another family member looms large in his life: his grandmother “Nani” (June Petersom), who has long been a receptor for a spirit she calls Sator.
This presence has been getting into her head and “training me, teaching me to be a person,” Nani says, and Adam slowly discovers that it has a more malevolent purpose as well. No longer confined to Nani’s psyche, Sator begins manifesting in other ways, threatening the lives of Adam and his troubled family.

Forget about the Yeti, the Chupacabra or the Loch Ness Monster! Tremble! Be fearful!
You are about to come face to face with the most mysterious, the most dangerous, the most deadliest of all — LAKE MICHIGAN MONSTER!
Somewhere in Milwaukee, eccentric Captain Seafield (Ryland Brickson Cole Tews) assembles the “team of the century”— a group of maritime (sort of) specialists, to help him locate the sea monster that killed his father, and annihilate it. It’ll take a couple (a lot) of attempts, but the captain is determined to get his revenge.
[Part of the Fantasia Underground lineup]

The Deeper You Dig
(World Premiere)

The shackles of grief are overwhelming in this harrowing DIY supernatural thriller. In the aftermath of a roadside accident, the line between the living and the dead collapses for a mother, a daughter and a stranger.
A family affair, the movie was written, directed and produced by John Adams, Toby Poser, and their daughter, Zelda. They also star, shoot and compose the music for the film. A stunning portrait of resourcefulness, the family film making team capitalises on their life in the Catskill Mountains to create a unique icy tone. The skeletal forest invokes the atmosphere of dreams and as the film delves into the realm of the avant-garde, its blue-toned cinematography draws us into the sea of the subconscious.
[Part of the Fantasia Underground lineup]

A brilliant painter facing the worst creative block of her life turns to anything she can to complete her masterpiece, spiralling into a hallucinatory hellscape of drugs, sex, and murder in the sleazy underbelly of Los Angeles. 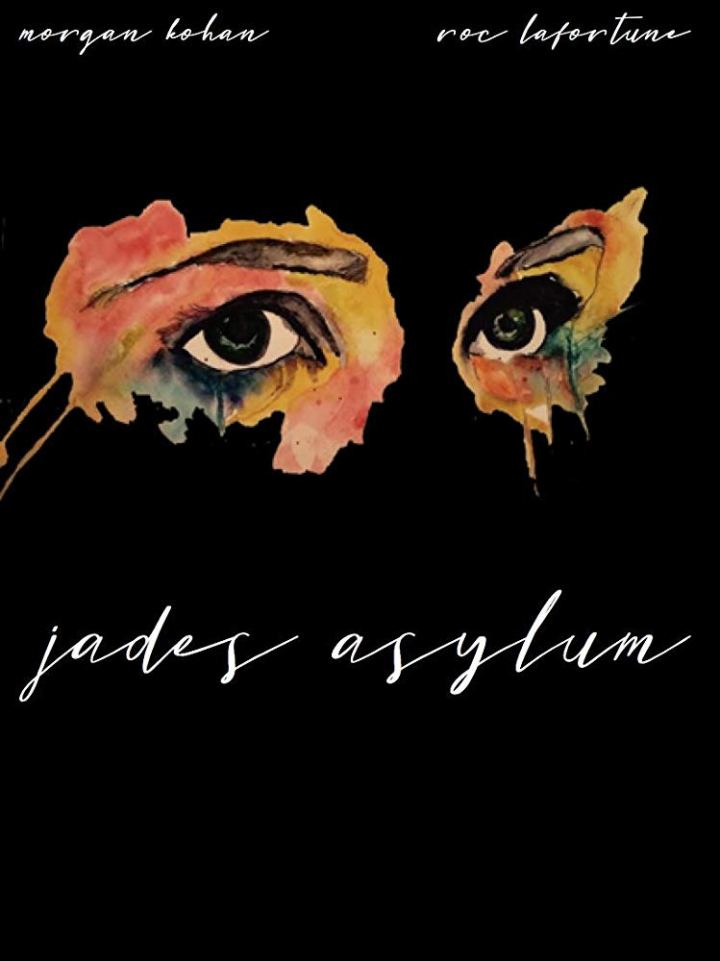 Somewhere in Costa Rica, by the sea in the jungle lies a mutilated body. Abandoned emergency vehicles are parked nearby. Jade (Morgan Kohan) is lost and confused. Flashback: the young woman is on holiday in a luxurious mansion with rich Americans who just want to party with sexy girls and plenty of blow. Isolated from the group, Jade is haunted by psychotic visions of her late father (Roc Lafortune).
Meanwhile, there’s a series of mysterious attacks by figures covered with vegetation, dripping with sap, and armed with machetes, who are both terrifying and curiously beautiful. Are they ghosts? Demons? Or simply a manifestation of nature arising to silence the obnoxious folks who are disturbing it?
[Part of Les Fantastiques Week-Ends Du Cinéma Québécois lineup] 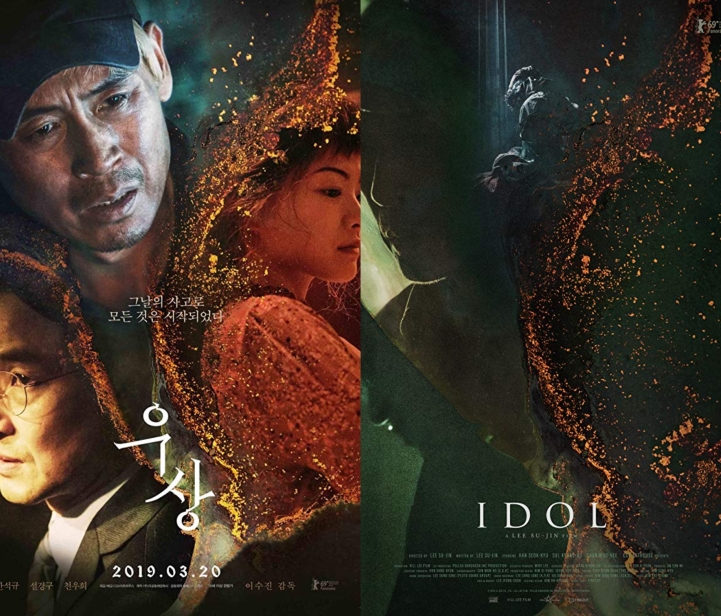 Councilor Koo Myung-hui aspires to the governorship, until the day his son Johan commits a hit-and-run. Worse, Johan brings the body of his hapless victim home. Unyeilding as an oak, Myung-hui demands that Johan turn himself in, and dump the corpse by the side of the road to diminish his guilt.
After the victim’s identification, his father, Joon-sik, is devastated by the loss of his boy, Bu-nam, to whom he had dedicated his life, due to the intellectual disability that afflicted him. Disgruntled with Johan’s lenient sentence, he conducts an investigation and discovers that the circumstances surrounding the incident are much more nebulous and distorted than they appear.
[Part of the Cheval Noir Competition lineup]

On the orders of his boss, the low-level gangster Hercules (Henry Rollins), hit man Johnny (Stephen McHattie) must cut off the pinkie finger of celebrated jazz trumpeter The Maestro (Stephen McHattie, again) just before an important, high-profile gig. Seems simple enough, but the gig is a wedding at the fortified palace of crime queen The Countess (Juliette Lewis) and Johnny isn’t quite feeling it.

All Drea (Tashiana Washington) wants is to get into a good college, but for now, she’s stuck making deliveries for a local sushi restaurant. One night, after her little brother Phillip (Jaeden Noel) witnesses meteors plummeting to Earth, one of her co-workers is attacked by hungry alien furballs with sharp teeth and big appetites.
Yes, the rolling, ravenous critters are back, and soon Drea, Phillip, and two kids she’s babysitting (Ava Preston and Jack Fulton) are running for their lives. They’re also trying to protect an injured friendly alien they come across along the way, but every place they flee to becomes the site of a critter massacre.