Nick goes to see Amanda. Meredith receives a message from Blue. Smoothie meets Hailey and the other children.

Amanda continues her investigation with Dt. McCarthy. Nick and Happy track down info in Chinatown.

On a street corner, Jesse Pinkman (Aaron Paul) watches a little bug crawl around near his shoe. He could crush it, easily. But doesn’t. Or can’t. Despite his involvement in the drug trade he is not a malicious person. Not in the way his partner Walter White (Bryan Cranston) seems to be. And then Skinny Pete (Charles Baker) comes along, crushing the bug immediately with a “Damn, bitch!” This is a hilarious encounter between Skinny P and his boss. He tells Jesse about the meth heads that robbed him – a guy named Spooge (David Ury) and his woman (Dale Dickey). Funny, though, how everyone around Jesse is so intent on him taking care of business, yet nobody else is willing to do anything but push him.
So this leads Pinkman right to the door of the meth head couple’s home.

Of course, nobody is there. He gets inside to wait for the druggies to get back, only to find a little kid inside. The place is an absolute fucking mess, obviously owned by tweakers. What’s really interesting is how Jesse essentially ends up trying to take care of the kid, whose situation is beyond heartbreaking. He uses the alias “Diesel” (says it more street like D-Sol) to stay undercover.
Amazingly enough, Skyler White (Anna Gunn) gets a call from Gretchen Schwartz (Jessica Hecht). Oh no. Walt (Bryan Cranston) is back at school for his first day since taking time off. And now, Skyler goes ahead thanking Gretchen, which obviously throws Mrs. Schwartz for a loop. An awkward, tense moment. What’s about to come out of this? How is Walt going to spin that? While some might see this whole thing as a bad angle, wondering why Walt never thought of all this before. But simply, it is his hubris. In life, as in his new business, Mr. White is far too confident in his abilities to control every last little thing. Can’t wait to watch this unfold.
Meanwhile, in class Walter is back in front of his students teaching chemistry. His transition from time off seems to be going well. Even Principal Carmen Molina (Carmen Serano) is impressed. But the bit of lecture Walt gives about Howard Tracy Hall, inventor of the diamond, sort of speaks to his own feelings about himself, how he’s been treated in the profession he chose. This puts a sort of downer on things, for a moment. After class, Carmen expresses her support for Walter, as if deeply, personally moved by Mr. White’s struggle. It’s almost a strange moment where you’re not sure if she’s speaking romantically, or if merely concerned for a teacher she admires. I believe the latter, though it sets up an awkward moment in a later episode. 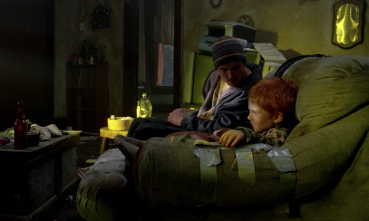 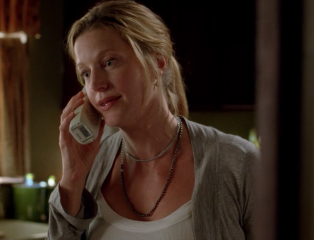 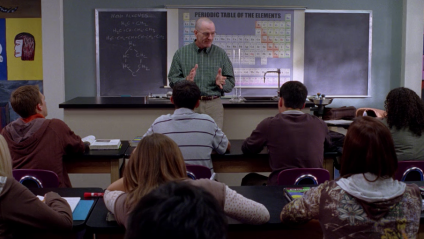 While Walt tries to live a normal life, Jesse is still taking care of the meth heads’ kid, waiting for them to get home. We see his sweet side come out, that side of him that’s not built for the hardcore drug business. And then Spooge/Mrs. Spooge come back after their adventures, so Pinkman gets the jump on them.
Arriving home from school, Walt Jr (RJ Mitte) and his father find someone parked in their driveway. Walter’s heart goes into his throat. He knows the vehicle, especially after reading the license plate: GRAYMTR. Poor Gretchen is caught completely off guard, especially after Junior thanks her for all she and Elliott have done for his father. It’s just incredibly hard to watch. When Walt awkwardly excuses himself to try and talk to Gretchen alone, he discovers she doesn’t care at all what he has to say. So now the nervousness builds in him, as he has no idea what’s next.
Cut to Jesse, trying hard to get his money back. He roughs up Mr and Mrs. Spooge, gets them to empty their pockets, their shoes, even getting them to pull what they have out of their buttholes. A nasty, necessary precaution. Funny enough, Spooge talks about “division of labour” just as Jesse did in the previous episode. Turns out in the backyard there’s an ATM they Spooge family lifted from a convenience store. Certainly, they did so in the most ruthless fashion, not at all inconspicuous.
Walt meets Gretchen at a restaurant in Santa Fe. He expresses his “regret“, so he says. Although Gretchen isn’t buying all his shit. She knows there’s something going on. She’s also offended that he thinks it’s none of her business what is really paying for the cancer treatments. The whole thing is messy with Walt feeling he was cut out of Grey Matter, and Gretchen not agreeing with how Walt sees things. 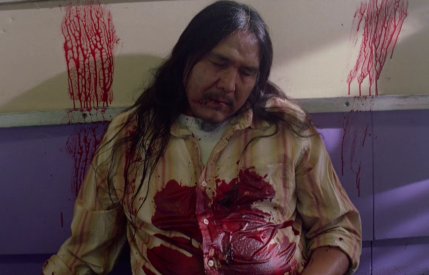 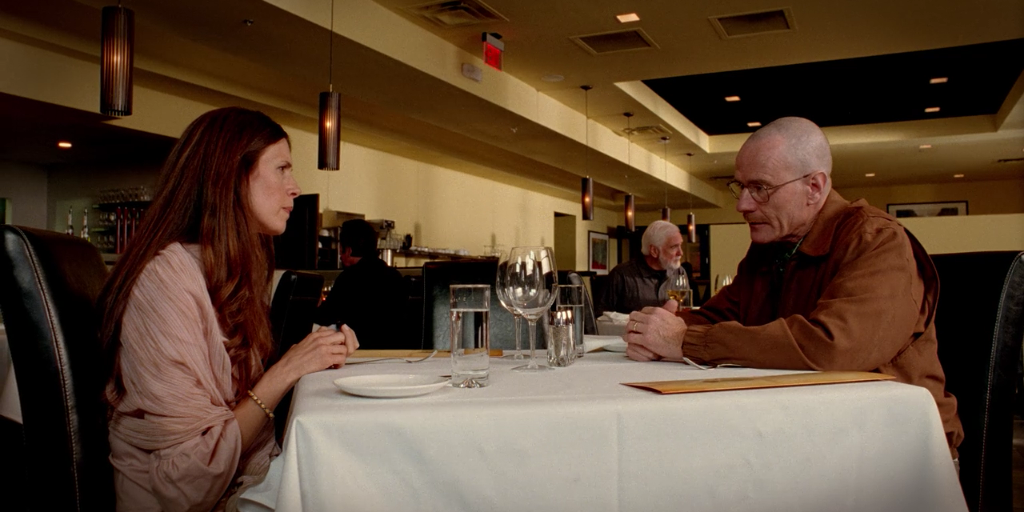 And just as Jesse’s got everything under control, things take a turn. The married meth heads take advantage of his attention slipping. Now, they have the upper hand. This is not a good position in which Jesse finds himself. Hopefully he can make it out without sacrificing a body part, or his life.
Back at home, Skyler asks Walt about where he’s been but with tongue in cheek: “We‘re long past that, I suppose.” Seems Gretchen called. The Schwartz family is cutting off the money. This allows Walt even more room to lie, more yarn with which to weave a blanket of bullshit for his wife. He claims to have met Gretchen and Elliott at the restaurant, that they’ve been having financial troubles. He bandies about words like “cash poor” and so on, selling the magic beans to Skyler, who – like anybody would with such a good story – eats it all right up. Still, this all makes for more lies. One untruth begets another. With this lie to cover up the original lie, Walt requires another one to replace it. And so on, perpetually.
Jesse wakes to the addicts trying hard to break into the ATM. Doesn’t help Spooge constantly calls his woman a skank, which she does not like. Soon leading to her dropping the ATM base right on Spooge’s head, finishing him off. Amazingly enough, the ATM compartment pops open and a ton of cash flies out while Jesse wipes his fingerprints off. So he banks up and moves on fast. Smartest move of his in awhile. He calls 911 before leaving the kid wrapped in a blanket outside. This is one emotional moment where Jesse’s heart is clearly visible, no matter what else he’s involved in. Perfect episode that had thrills and even more development. Excited to do another recap and review of “Negro y Azul” coming shortly.