Still, and always will be, one of the greatest movies ever filmed, from a wonderful, lesser-read story by the master Stephen King. 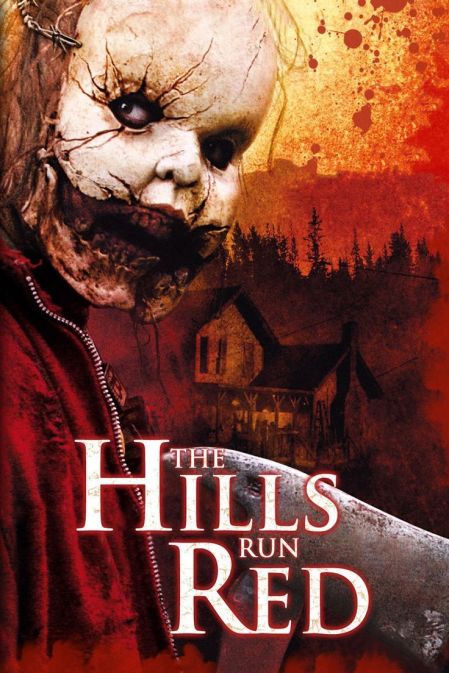 I’m a lover of the slasher sub-genre. When I was young, renting a slasher flick was like the ultimate rebellion in terms of what I could rent at the video store. I’d seek out any little film if it had an interesting mask, a creepy villain, anything that felt ready made to chill. Sometimes that led me to terrible efforts that didn’t simply show their budget, but also contained nothing in the way of good acting or decent writing. Other times I stumbled across hidden gold, movies to this day I still watch on occasion. Back in the day this wound up introducing me to classics like The Burning and the wonderfully unique Candyman.
In 2010, I got the chance to see The Hills Run Red. There are times the acting isn’t completely amazing, though never is it pitiful like some slashers at the bottom of the barrel. But what this sub-genre picture does right is it brings an interesting and unique story, also offering up a nasty slasher villain with an eerie mask.
So for all its fault, this film tries hard. Boasting a premise centred around a fabled slasher movie made by reclusive auteur horror director named Wilson Wyler Concannon, The Hills Run Red takes on the DNA of a backwoods thriller that takes city folk into the deep, dark woods. What lies beneath is a twisted and vicious slasher that has such bloody sights to show us.

The mask is creepy enough on its own. Sadly this one won’t turn into a franchise, though it would make for one hell of a series in my mind. But that mask, the baby face, it has the potential to be iconic. Babyface himself is a terrifying figure. The way we slowly find out more about him throughout the screenplay is excellent. And the writing also serves him well. Instead of seeing some of the more gruesome moments, such as him assaulting Serina (Janet Montgomery) which clearly happens as evidenced by the post-credits scene, the writers opt to let the lead-up speak for itself. The blood and gore is there for Babyface, however, as opposed to some other movies with similar events this one decides not to go too hard for the jugular on unnecessary sexual violence. And that makes the villain scarier to me. Sure, he still does awful things. Not seeing some of them increases the fear, as what we don’t see then becomes heavier than what we do. There’s one moment where Babyface becomes infinitely more unnerving: when he captures Serina she tries pleading with him as if he’s this absolute maniac, then he speaks to her in plain words, so matter-of-fact and – dare I say it – sane. His brief line or two here sends chills down my spine.
We got solid doses of blood here. Even the movie within a movie shot where the blood literally runs down the hills actually used a massive amount of fake blood, which in turn looks awesome. The cult slasher they track down is fun, as we get to see actual clips ourselves. Between the kills there and those in the actual movie itself, there is plenty to indulge. 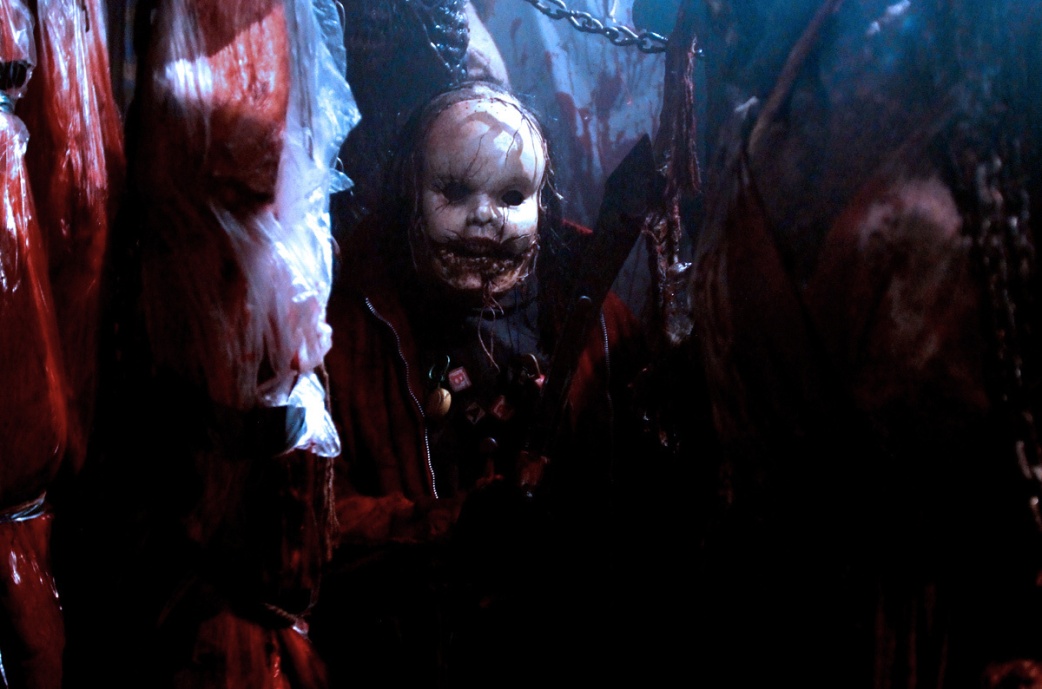 A few particularly solid slasher kills. One is the two trees scene from the lost movie by Concannon where Babyface essentially tears a woman apart with barbed wire. This one is outrageous, but so much horrific fun. Its implausibility be damned; I love a weird, wild murder like that amongst some of the others. This is a trope of the sub-genre, and director Dave Parker uses it well, among others. Then there’s some of the more realistic stuff like later when Lalo (Alex Wyndham) is being tortured and killed. Finally, we return to the excellently ridiculous stuff such as when Babyface has his mask ripped off, then is forced to wrap it back on with barbed wire. Gnarly stuff, which I dig. The entire final 15 minutes has got some proper horror work, from the kills and the blood to the face underneath Babyface’s mask. All of it is the epitome of macabre and wonderfully grim.

The performances are decent. However, it’s William Sadler and Sophie Monk that are worth watching. Sadler is always enjoyable – I’ll always remember him most as the stuttering, hard ass convict in The Shawshank Redemption. Here, he gets very dark. Concannon is a mystery, an enigma, and he seems pretentious like an arthouse horror director full of himself to the point of nausea. Later on we discover there are highly hideous layers to the skin he wears for the outside world, and Sadler brings out the mania of the character so well in the last half hour (or less) once we see him more. Then there’s Monk, someone I’ve personally never watched in anything. She doesn’t do anything overly amazing, but she does in fact fool me. Part of that’s the writing. Yet she is able to subtly play a part that could easily telegraph its development miles ahead. Rather, Monk gives us a view of this complex woman, and then when her character is fully fleshed out near the end it’s genuinely surprising. Nothing awards calibre, though this film doesn’t need anything like that. Monk plays it coy and sexy early on as the junkie stripper, then becomes much more sinister as the time goes on.
Also, I cannot do a review without mentioning the man playing our unnerving slasher villain, Danko Jordanov. He is silent the entire time except for grunts mostly, then the one or two lines which absolutely crush my soul, so to keep a certain presence onscreen with only a costume and a mask and his physical intimidation is an impressive feat. Yes, the mask is a scary piece in itself. Aside from that just how Babyface moves inspires fear. To me, this killer is iconic. I don’t care if this movie is way under watched and unloved. Babyface belongs up there with a lot of the big baddies in the slasher sub-genre.

No, The Hills Run Red is nowhere near a great slasher picture. Although I’ve got to say, it’s a sort of favourite of mine ever since first seeing it. It suffers from some less than stellar acting from a few of those involved. Monk and Sadler save the film on that front just by giving it their all with an enticing energy. What this movie lacks in certain areas it makes up for greatly in its fun. There are wild kills, raw and honest ones. The central aspects, its killer and the lost film, are interesting. On the whole, the elements which need to work are well executed. Every time I throw on the DVD now I still have a ton of horror fun, no matter if a few bits and pieces don’t match up with its best parts.
And no, this isn’t going on to become a series, spawning an entire franchise.
But let me tell you this, none of that means Babyface isn’t a great slasher killer. He is a villain commanding attention, fear, respect. Okay, maybe not the last one.
Just don’t expect to live if you hear his rattle. Respect that.