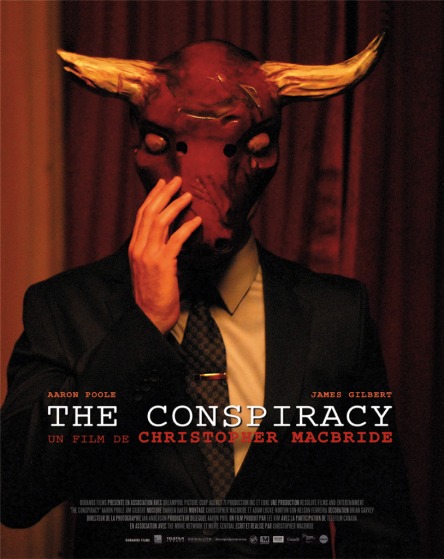 Often times I usually think anything PG-13 is going to be too tame for a horror, even a thriller. Let alone rated PG. Yet The Conspiracy is PG and I find it seriously chilling at times.
Part of why I enjoy the film – another found footage style effort in the form of a documentary based on a conspiracy theorist – is that it’s filmed pretty well, the editing is solid, as well as the fact it’s got some great acting and an interesting score. A lot of people want to try and say if it’s a faux documentary/found footage film then there ought not be a score, however, that’s nonsense. I think it works just as well to have a soundtrack in a found footage film as it does anywhere else. Think what you want, but if it works then it works.
Essentially, I think why I’m so into the movie is because conspiracy theory, of all sorts, interests me. Not only the theories, but the culture amongst the people who believe in them or tout them around. Because as a character in the film says, we cannot totally disprove certain conspiracy theories, and that’s how it’s allowed to go on indefinitely. So while even as I think some of these theorists are completely nutty, there’s a part of me that’s interested in it all because like I said – you can never totally prove there’s no shadow government behind everything, et cetera, as it’s a sort of circular logic that keeps spinning forever.
Combine a bit of myth surrounding Bohemian Grove – a retreat partially documented by right-wing madman Alex Jones, probably the only interesting thing he has ever done – plus Aaron Poole in particular who I think is a solid actor, then The Conspiracy comes out to be fairly awesome. There’s no outright horror, though, I think there’s a bit of existential horror at work here and certainly enough of a thrill – the end is intense – to make me enjoy every last second of the film.

Aaron (Aaron Poole) and Jim (James Gilbert) come across a man named Terrance (Alan C. Peterson). To others, Terrance is another raving lunatic on the streets trying to spread the word about 9/11 conspiracies and every other kind of conspiracy imaginable. However, Aaron especially begins to believe Terrance may be on to something. When out of the blue Terrance goes missing, Aaron and Jim set out to try and locate where he is, what happened, as well as if anything at all behind Terrance’s theories may be true after all.
Eventually, they’re contacted by a man supposedly named “Mark Tucker” (Bruce Clayton) who wrote an article about the Tarsus Club – a group of the richest of the rich – which Aaron and Jim are searching for more information on. Soon enough, they both begin to spiral down a rabbit hole of conspiracy theory, as they’re able to sneak their way into a Bohemian Grove-style party at the supposed retreat for the Tarsus Club.
Inside, all will be revealed. Or will it?

There are certain found footage movies which don’t do a proper job in setting up their atmosphere. Yes – certain movies in the sub-genre don’t necessarily try to make things look overly impressive, in that they go for a low budget feel to make the supposed documentary, or footage, look real. And that works for some of them. Not all, but some. With The Conspiracy, the filmmakers give things a very crisp look. Yet still, there’s an absolute air of authenticity even while things have that slick, sleek feel. Especially nowadays, when the quality of even some of the most inexpensive cameras is fairly fabulous, there’s no necessity to try and go Blair Witch Project and have the entire film look bare bones (not an insult; I love that fucking movie). Furthermore, the less amateur appearance makes the faux-documentary at the core of the film feel more impressive, as if the main characters know what they’re doing, pulling us right into their world, their lives, their issues. Not to say they couldn’t have accomplished this with a lower budget look and feel. But the fact this film has a vibrant, beautiful appearance makes it easier to initiate oneself into the movie’s world.

Part of the appeal of the film is the descent into madness. The Conspiracy pulls from all sorts of documentaries over the past 10 years or more. From the Alex Jones Bohemian Grove infiltration, to the Bruce Burgess 2008 Bloodline which supposedly investigated The Priory of Sion and its connection to keeping secret the bloodline of Jesus Christ. There are bits and pieces of these in there, as well as others. But this isn’t just a copy of anything. Yes, the finale does resemble Alex Jones’ documentary on Bohemian Grove, particularly the undercover nature of the main characters and their access to The Tarsus Club’s grounds. But it’s not a replica of Jones. It has shades of his documentary, though, stands on its own well enough. Particularly, the finale with The Tarsus Club devolves into something very frightening. Even scarier is the finish, as we discover not all is as it seems. Then it leads us to ponder the nature of conspiracy theory, where the whistleblowers end up and how they turn out. Plus, it makes us wonder about those controlling the world around us, hiding just beneath the surface fabric of our existence. Without ruining the ending, I’d like to think part of it speaks to how, no matter the craziness and seemingly out there nature, conspiracy theories – or some of them at least – can’t be proved wrong, and therefore, the running nature of some stories such as this one, the open endedness, it can be a chilling feeling. There is no real resolution by the end of The Conspiracy. When the credits roll we’re still haunted by The Tarsus Club, their annual hunt, and all the things they do at their big club. 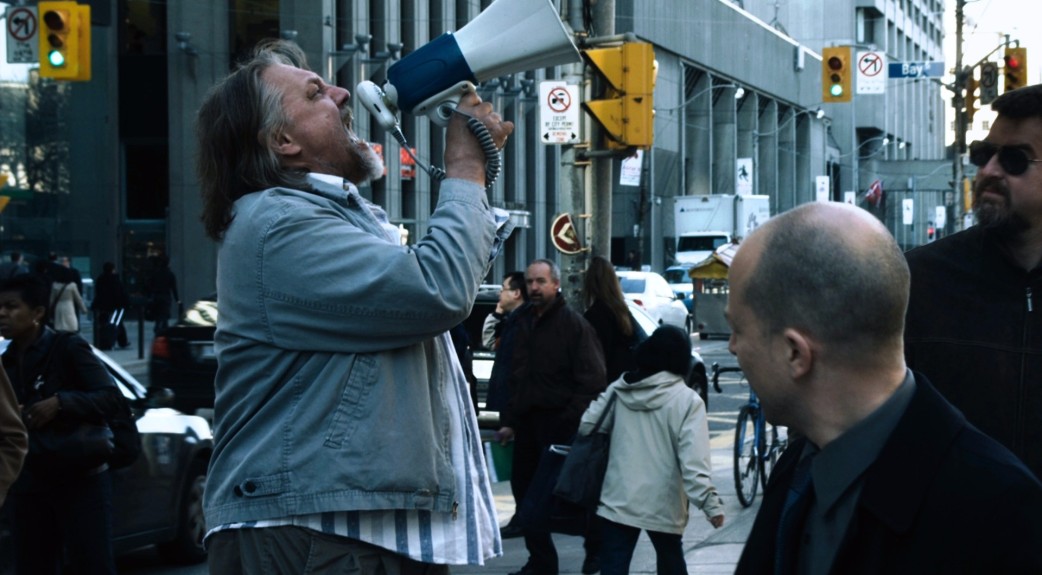 4 stars. All the way. Certainly there could’ve been improvements in different areas, but most of all I thought The Conspiracy succeeded in being totally eerie without resorting to full-on horror. Using the mystery and intrigue of the conspiracy theory world, Christopher MacBride spins a tale filled with terror. Again, not many PG films are able to do what this film has done. It’s a special treat in the found footage sub-genre to receive such an impressive outing, one that’s unexpected and surprising at many turns. When you can, seek it out. A great bit of found footage that will hopefully catch you off-guard.