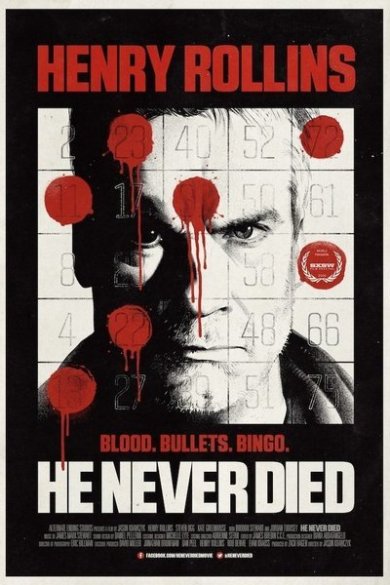 Immortality is an interesting concept. There have been so many books and films on the subject, many fictional characters we’ve come to know, love, hate. So when a fresh, unique take on a subject such as immortality comes around, it’s always at least a little fun.
He Never Died tackles the concept in a way you’ve likely not seen. Not to say the story or the writing reinvents the wheel. At the same time, there are so many different ideas explored through the lens of immortality in Jason Krawczyk’s film.

With plenty dark comedy, an odd family drama, plus a hefty dose of revisionist biblical history, He Never Died has a unique sense of horror that’s made even better with the inclusion of Henry Rollins in the lead role. You can find better written films, though, Krawczyk puts his heart into the darkness and the complications of this story, which ultimately make it exciting and filled with macabre oddities.

The unique aspect of the story is its human element. We consider immortality and many realize it’s a dreadful prospect. Yet do we ever consider the actual logistics? Think of possibly fostering a family, then having to deal with losing them as you keep living, and they keep dying. Jack is a man whose enjoyment in immortality ran out a long, long time ago. He now has to contend not only with justifying his existence to a daughter. Furthermore, being an immortal cannibal is even worse than all that. You’ve got to get whatever’s necessary to stave off the appetite. So to watch Jack go through the human drama of life mixed with the intensity of being immortal is really something. Putting him with a daughter like that is clever, fun writing. Part of it is tragic, too. As Jack struggles with his own life, introducing a daughter into the whole shambling, messy affair that is his lie does nothing except exacerbate his already tough world. He keeps himself at arm’s length from everyone, family or otherwise. Because falling in love, caring, it only means pain down the road when he can’t die and those around him eventually will, no matter what happens. It isn’t just trying not to eat people that proves difficult. Just having an everyday life is bad enough when you’re immortal. Everything gets old after awhile. The routine and the tics of Jack’s life are continually intriguing, as they’re not the typical depictions of an immortal character in fiction.
Now I’m starting to question whether some of the people at Bingo in the local hall are immortal beings, passing the time away in the easiest places to not find an interest in people.
Apart from the emotional qualities of the story, there’s a nice dose of horror here. The first time we actually see Jack eating some human meat it’s a pretty gruesome affair. Definitely a nasty, violent scene. The action pieces are excellent, which showcase Jack’s fighting ability, as well as his resilience being incapable of, y’ know – dying. This renders him virtually indestructible. 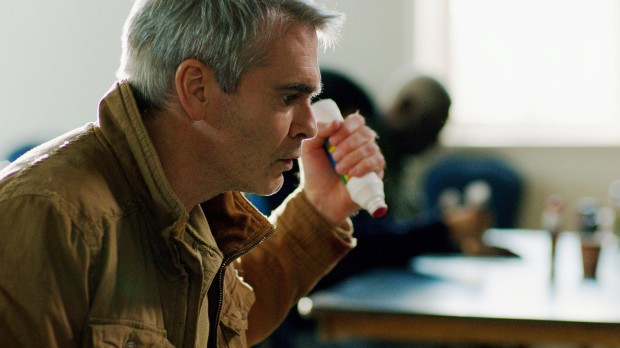 My only complaint is that, almost immediately, I knew that Jack’s character had to be some kind of angel, or a similar entity. Not only does the cover art reveal much of that, his heavy-handed scars are a tell-tale sign. This doesn’t ruin anything because there’s a constant mystery shrouding Jack overall, so it isn’t a negative. At the same time, perhaps more mystery would’ve done the plot better justice. As we watch the events unfold it’s interesting to try determining what or who Jack is truly. If his back wasn’t so vivid in a close-up early on, the idea that he’s some sort of angel (or whatever) might hold a hard punch. Instead it’s not so much a revelation, but a bit of fun. The writing is mostly good, definitely entertaining. Personally, I only wish there was more of thrill to this aspect, and that they left it a while later to reveal. Of course we don’t discover who he is until later, but that one early shot is a dead giveaway as to his origins. His need for blood is something that certainly held out awhile, something we don’t see and fully figure out until a nice way in. So there are parts of the story and plot that came together well. Other portions could’ve used more tightening. Despite the few narrative flaws, He Never Died has a quality screenplay from Krawczyk. 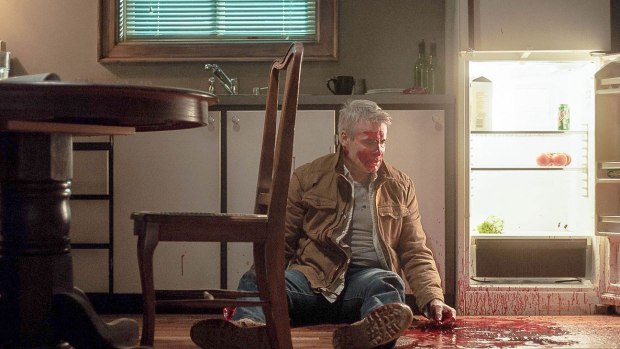 Absolutely a 4-star affair. While there are certainly places in the script Krawczyk needed to tighten and get more subtle early on, he still does a fine job executing the subtleties he does include. With Rollins giving an awesome, moody, cold (in the right way) performance as the main character Jack, there’s a lot of weight held up. Anybody else might not have been capable of making him into the right sort of immortal entity required. But Rollins plays the man fed up with eternal life almost to perfection. Alongside that we’ve got some blood, a bit of action, all that dark comedy and the familial drama and the other interesting not usually covered aspects of immortality. So there is a lot to enjoy. Give this little flick a watch and find out what’s so intriguing about Jack and his inability to just lay down and die.