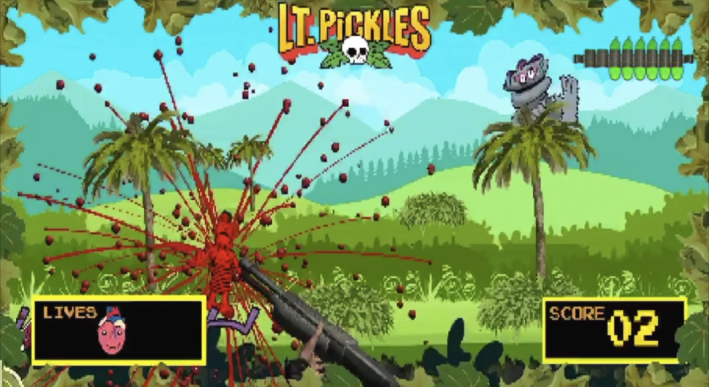 More of the capitalism that’s plagued Jeff (Jim Carrey) and Mr. Pickles’ Puppet Time turns up, except this time a college kid has pumped out an app called LT. Pickles, where you get to shoot various things, like some of the puppets, while some of Jeff’s well known phrases play underneath. Seb (Frank Langella) wants his legal team to send a “cease and desist” considering his son will flip out once he sees it.
In the meantime, Jeff gets a call from himself, ranting to him. Is he losing his mind? While leaving the apartment he hears young people playing the game. When he gets to work he wants to know if Pickles on Ice is sold out, hoping to get tickets for sick “Pickle Pals.” The office Jeff destroyed was actually his dad’s, not his own, and Seb’s worried about his state of mind. Dad also worries that if Jeff has to go on national television like he does every year something bad might happen.
Will (Cole Allen) is up to no good at school. He has a few chickens, spray painted with numbers on them. He lets them loose in the cafeteria, as students either freak out or try to catch them, or y’know, take selfies with them. There are only numbers 1, 2, and 4, leaving people to chase a non-existent 3. All of this is to impress a girl he likes.

“This is not insanity. This is how honesty looks when you’re inside out and upside down.” 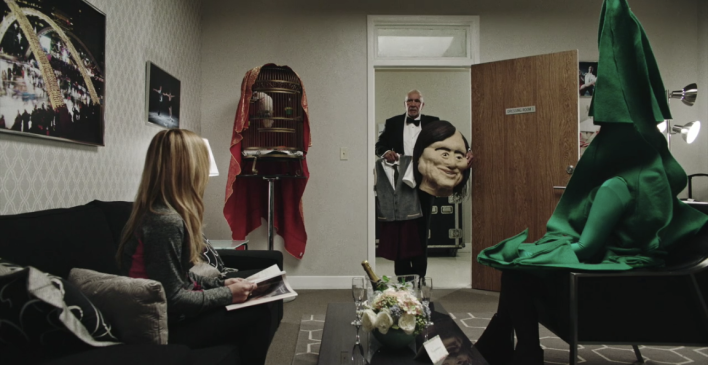 At home, Deirdre (Catherine Keener) and Scott (Bernard White) are dealing with their issues. Well, trying to, anyway, as he does his passive-aggressive act while denying he’s gay or bisexual at all. He’s pretty hypocritical about his wife and Pickles-San (Louis Ozawa Changchien) having a penis puppet show when he got jerked off by his daughter’s piano teacher in the driveway. Deirdre tells her husband her “pussy needs attention” right at the moment Maddy (Juliet Morris) pops in. This leads to the couple dividing further. And Deirdre’s only got banging Pickles-San on her mind. She basically rapes him.
Jeff and Jill (Judy Greer) get called to school about their son’s prank. One chicken “pecked a cook in the genitalia.” The principal doesn’t like Will’s new attitude, from his new friends to his weed smoking, though she likes the kid, giving him lenience. Jill’s not inclined to be so hard. She says “sometimes the world needs assholes.” Suddenly, Jeff and Jill are on the same page. He knows the acting out is a reminder of Phil, in spite of any problems it causes.

In a Chinese restaurant, Jeff sits with Jill and Phil for a meal together. He starts seeing the wallpaper peel, feeling deja vu. Phil asks about his parents’ divorce and how it’ll take. Then he wants to do a magic trick, like old times. Out of nowhere, Will is everywhere, like it’s him and Phil again— as if there are more of them. Jeff’s skipping back through his memories, like a surreal trip into the past. Maybe he IS losing his mind after all. After a while he comes to, screaming, and scares everybody in the restaurant.
Things aren’t going well for Seb with the ice show. Tara Lipinski won’t go on without Jeff, refusing to put on the Mr. Pickles head. Seb has a different idea— use sibling rivalry to give Sara Lipinski (Jennie Pierson) her shot at stardom. That means the show goes on!
Jeff goes to the rink, where he sees the fake Mr. Pickles descend in a pickle barrel towards the ice. He feels betrayed, angry at his father for breaking the promise they made earlier. He sits down and tries to blast the pain away by playing LT. Pickles— even that’s taken away from him by a legal notice popping up on screen. His reality’s starting to blur with fiction and memory together. He sees himself starting at the ice like it’s the app game screen. He almost wills something bad to happen, and it does: Sara accidentally cuts Tara’s throat with her skate blade while doing a twirl. The arena erupts in terror while Ms. Lipinski bleeds out on the ice. 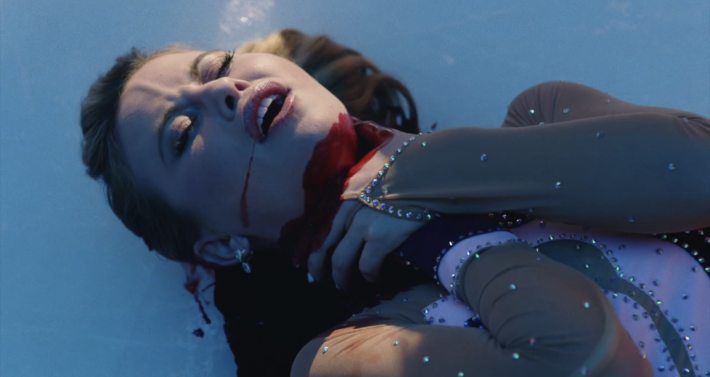 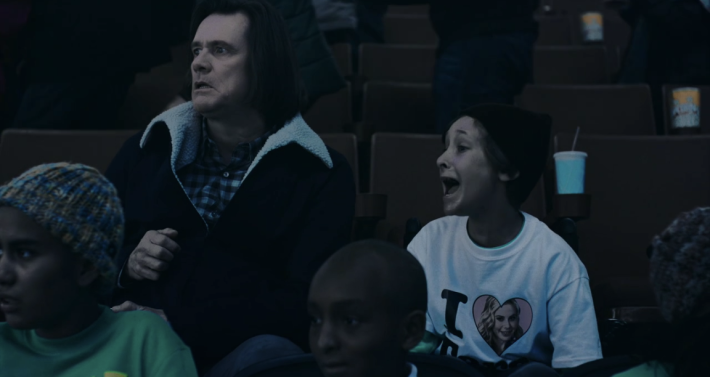 Jesus, this series is so wonderful in the weirdest ways! Who knew we’d get to see Tara Lipinski get her throat cut? Ah, the gifts Kidding keeps on giving. Can’t wait to see more, especially now that there’s also going to be a new season. There’s so much to be explored.
“Some Day” is next.