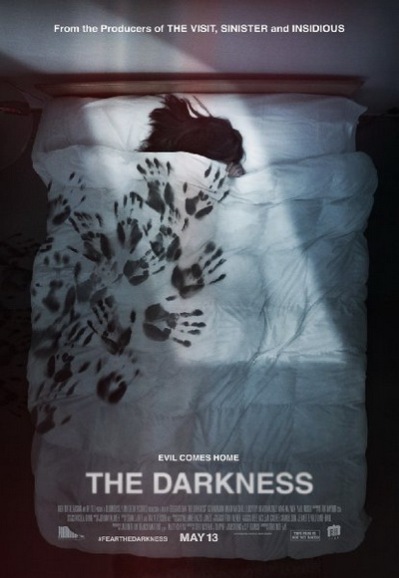 I’ve been a fan of Greg McLean ever since first seeing Wolf Creek. His whole anthology of work concerning that film, its sequel, the recent series, is enjoyable. Better than just its slasher horror sub-genre skin suggests, that catalogue of tales (a third film is on the way) concerning deranged Australian madman Mick Taylor is both exciting and frightening. His 2007 killer crocodile flick Rogue, also starring Radha Mitchell, is a decent bit of fun. So naturally, I’m always intrigued to see what he chooses next. With a couple other pictures just about in the bag, if not completely so, McLean dips into The Darkness, which is as far from those more reality driven horror movies as you can get.
Starring Mitchell and Kevin Bacon, The Darkness is a supernatural horror-thriller about a family that comes home from a vacation at the Grand Canyon toting something other than family members and luggage. This one got savaged by critics, so it seems. I understand there’s a certain amount of cheesiness at times. I have to say, though, there’s a palpable air of dread and fear that builds up a long time. All the parts never add up to anything more than a lump sum. I don’t personally find this a terrible horror. Certainly won’t say it’s anything more than okay, but likewise I can’t turn around and say it’s complete trash. The last 40 minutes aren’t near as good as they ought to have turned out, so the initial strong first half hour of the film builds things up and then never make it to higher ground, never capitalizing on all the effort. Sadly, McLean did all he can as director. Most of the problems lie in the script itself, as the actors generally carry the material to the best of their abilities.

I love the entire opening sequence out in the Grand Canyon, then following the family on their way home from the vacation. That’s a strong way to start out, as there’s a whole lot of things happening. First of all you’ve got the young Michael (David Mazouz), an autistic boy, falling into a sort of hidden cave, finding strange stones, likely Native American oriented with markings on them. Then his mother Bronny (Radha Mitchell) is an alcoholic, we get a slight sense of that, as well as the fact she suspects her husband Peter (Kevin Bacon) of being unfaithful, which is only further exacerbated in the upcoming few scenes after their arrival home. But that beginning 10 minutes is impressive, setting the tone for everything that follows. Later on, daughter Stephanie (Lucy Fry) reveals to us her bulimia and this makes the entire pile of family issues more intense. In between all that is the supernatural force that won’t let go since their vacation in the desert, since Michael disturbed that cave and its relics.
To my mind I’m not sure exactly what’s the biggest problem people have with The Darkness. Not saying this movie reinvents the wheel on supernatural horror. Doesn’t need to be revolutionary to be eerie good fun. One big element to the screenplay I enjoy is the family dynamic. The spirit clinging to the family exploits all their worst issues, their biggest personal problems. Michael’s autism makes the spirit and its influence early on feel real and lulling the family into complacency, misdirecting them towards his mental condition. Unfortunately, there’s never any pay off. The film builds, it has all the interesting and heavy emotional weight available to play with, however, there’s nothing that makes it lift above mediocrity.
A large part of why The Darkness doesn’t work is because there’s nothing innovative at all about the ghostly, spirit element to the horror. Supernatural films are always a test for me, honestly. As a horror fanatic, the one sub-genre of which I’m always wary is the supernatural arena. There are some great classics – Poltergeist (by which this one is heavily influenced), The Exorcist, among others. Although these are the best examples, clearly. Through it all, McLean doesn’t give us anything we haven’t seen before, nor does it spin in a refreshing way to scare us. I found certain elements creepy, particularly early on. As the plot wears on there isn’t anything much other than hand prints, shadows and the like to hover in the background, over the sheets, blood on the walls. Nothing excitingly scary happens even when the finale rolls around.
The actors try their best. For the most part they do a nice job. Once the whole plot descends into the final twenty minutes their acting only falls along with the entire movie. The whole conclusion is cheesy, anti-climactic, and all around does nothing to make everything which came before it worth the ride. It’s really too bad. Even the young boy playing Michael does a decent job. Then there’s Lucy Fry, whom I enjoyed thoroughly in McLean’s Wolf Creek mini-series. Bacon and Mitchell are both decent, as well. They’re just all incapable of transcending the boring material of the script. 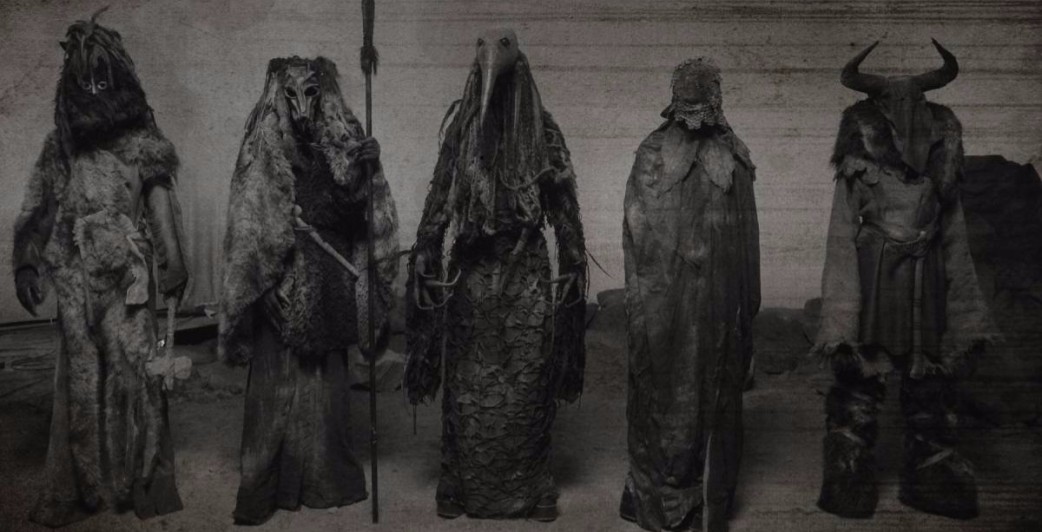 There was potential in the ending for this movie to defy its own expectations, and that of the audience, too. Instead the script opts for a cheese-filled, maple syrup sappy end, and squanders the last of its potential. I don’t hate The Darkness. There were elements that work, early on I found myself enjoying the dreadful atmosphere and the tone of what was to come. In a tragic twist of poor writing, the movie drops off quickly, and then all but kills itself. If McLean and the writers could have managed to keep up what was happening in the first big sequence at the canyon, a little after when they went the family was headed home and things started to feel a bit chilling, this whole thing had a chance. Rather than that keep that up the screenplay falls into tired territory, offering nothing new and borrowing liberally from other sources, right up to the shoddy finish. Even how the last scene is cut, then the eerie music of the credits lead into a shot of the stones we saw from the cave, as if somehow imaging a world where this movie could drum up a sequel. I have to say, I don’t hate the movie, but I’m more than unimpressed with McLean having directed this outing. Not worth his talent, and he wasted a bunch of it here with middle of the road horror that can’t sustain itself. I’ll be busy waiting for the third Wolf Creek and his other projects, doubt I’ll ever watch this one again.