Martin's now a detective. He meets a dangerous one-eyed man.

The 1st full trailer for Refn's TOO OLD TO DIE YOUNG has arrived! Rejoice! 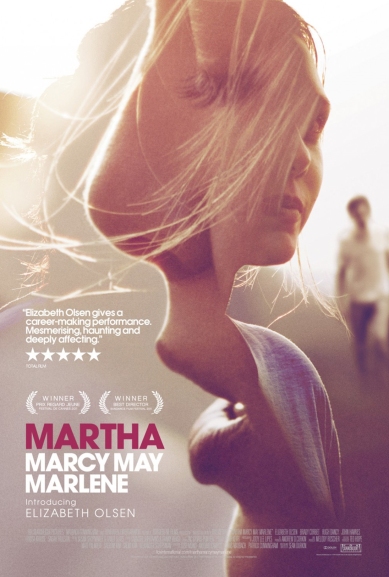 I’ve quickly come to enjoy Elizabeth Olsen’s talents as an actor. Each performance seems to bring something new. Bursting into feature film with the previous, and underrated, Silent House, her range is wide. She can play many parts, though, I believe her best has come from the subtle, quiet roles I’ve seen her in. Since 2011, she’s gone on to do some good stuff, and markedly bigger pictures. Although, I hope that she’ll soon be done with Avengers and get back to the smaller, indie-type stuff where she excels most.
Martha Marcy May Marlene gives Olsen the chance to dig into a meaty role, as the titular character, across her confused identities. In a story that mainly concerns the lingering effects of abusive cults, the misogyny of many of these so-called off-the-grid cults, many other issues alongside, the story takes on a highly personal tone as we venture into the psychological savagery of a woman who’s come out the other end of a physical, mental Hell. Director and writer Sean Durkin extracts the existential dread of the main character in an uncomfortable study of her personality as it shifts back to regular existence following what an enigmatic cult leader puts her through.

Martha (Elizabeth Olsen) leaves her little commune one day to a restaurant. There, she manages to get ahold of her older sister Lucy (Sarah Paulson), whom she hasn’t seen for a couple years. Eventually, Lucy picks Martha up and takes her back to the home where she lives with husband Ted (Hugh Dancy). Having been away for so long, Martha has to readjust to life outside the cult commune where she’d been living with the oddly charming leader Patrick (John Hawkes), as well as other men like Watts (Brady Corbet).
However, coming back to the way life used to be is not so easy. At first, Martha has a hard time figuring out what life was before Patrick. And then, just as things might start to turn around, she makes the mistake of calling home, back to the commune, which puts her, as well as her sister and brother-in-law Ted in harm’s way. Or is it all paranoid delusion?
Nobody knows. Except Martha Marcy May Marlene.

The normalization of odd behaviour is evident clearly while Martha tries to readjust to life on the outside, back in the regular world outside the strange cult in which she lived for those couple years. First, she strips bare and goes skinny dipping in the lake along with her sister’s husband Ted, out where anybody passing might see including kids. Later it’s obvious how used to asking for permission she’d become after being in the cult so long, she can’t even go for a swim without asking the only man present. Another moment sees Martha creeping into the dark of her sister’s room while she’s in there having sex with Ted, behaving as if it’s completely fine. Because she’s so used to have a shared man around the house that it’s completely okay to be in bed next to a couple making love. Every aspect of her life is permeated by the abusive, controlling nature of Patrick, whose cult has indoctrinated so many women into a misogynistic world view that only serves to hold them down.
Patrick is a misogynist. There’s no telling why or how he got to being that way. He’s simply and utterly misogynistic. One of those most poignant scenes, so brief and so quick where we get this illustrated boldly. As Martha – renamed Marcy in her new family – introduces Patrick to a new girl, Sarah, he greets them smiling. However, notice he quickly corrects Marcy: “Sally, yeah,” he says casually. It’s so sly and fast you’d almost miss it if you were sipping a drink. His intentions are clear almost all the way through, even if on the lowdown. He renames these girls to fit his wants and his needs. If he needs a Sally, then Sally this Sarah shall be. This is the least of his controlling nature. He uses each subsequent girl to get the next girl into his bed, as Marcy then stirs up new Sally’s drink, the same one she had before her first night in the arms of Patrick, along with a bit of special pills.

What’s very interesting about the cult Patrick operates is the fact he doesn’t just manipulate the women; the men are also manipulated. Not as drastically and deviant in nature as what happens to the girls in the commune, but the men are certainly brainwashed, too. Watts – played by the always intriguing Brady Corbet – is a part of the entire system. Though he reaps the benefits of being there, including having sex with Martha, nothing happens that isn’t Patrick-approved. Even sex with Martha is done under the watchful eye of Patrick. So whereas the women are drugged, raped, converted to the church of Patrick, those young men are also programmed and attentive to Patrick’s needs. Their slavery to him is of a different sort, but slavery nonetheless. They enact all of what he requires, and in the process become nothing more than other assorted pawns in his overall game. More wheels in the cogs of his machinery. The women are his fuel, that which make him king in their commune, as well as that which drives him to such misogyny as is seen through all of his actions, both overt and less noticeable. The men are simply useful to keep that fuel flowing. Likewise the girls are part of that. Patrick doesn’t even go out on jobs at houses on the first night or two, he has the girls and boys led by Watts go out to set everything in motion. Proof of power and control over others, proof of his cowardice to boot.

The cinematography is outstanding. Many of the shots cast everything in such a beautiful darkness. Others come in a radiant light. All those close, tight shots of Olsen capture her pensive qualities, the paranoia, the guilt, everything. On top of that, the sound design and score make things very subtle. There isn’t any music outside of incidental stuff, so the sound design covers those gaps with a bit of ambient noise here and there, as well as just the general sounds of the action, the voices, et cetera. Everything in this movie, from atmosphere to writing to acting, combines to make Martha Marcy May Marlene into an important character study of those brainwashed into cult-like thought, behaviour, living. Olsen’s Martha is a tragic and unsettling character whose tribulations under cult leader Patrick amount to some darkly emotional subject matter. Watching her transition back to real life, if that’s ever even possible for her, is sublime, in that it touches on some sore spots wondering how someone like Patrick could ever prey on the vulnerable types his commune attracts. The entire film is a solid dramatic thriller led by Olsen’s talents and rounded out with the calm, thoughtful direction of Durkin.