This episode begins with The Stampeders’ “Sweet City Woman” playing softly in the background. A young kid grabs himself a copy of Playboy off the shelf – young James McGill, in fact. Meanwhile, his father listens to a man at the counter with his father. This exchange pits little Jimmy against the man; one bullshitter knows another. The father, all the while is clueless. Before the man leaves he says to Jimmy: “There are wolves and sheep in this world, kid. Wolves and sheep. Figure out which one you‘re gonna be.” Afterwards, this prompts lil’ Jim to take a bit of cash from the till for himself. 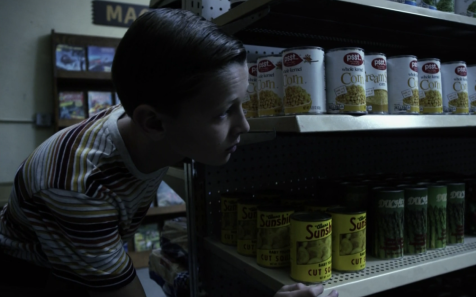 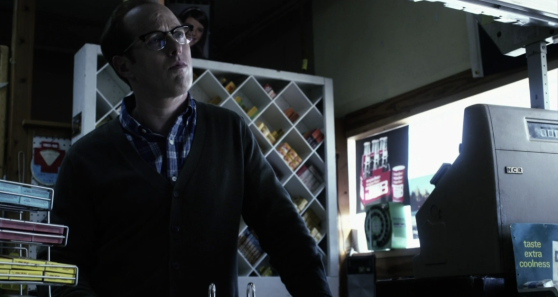 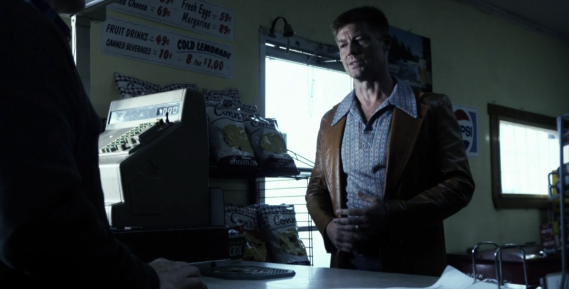 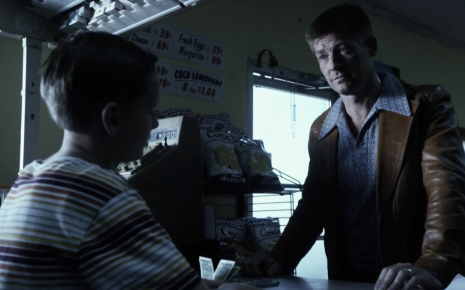 Back to present series times. Mike Ehrmantraut (Jonathan Banks) has Jimmy McGill (Bob Odenkirk) helping him once more. He’s trying to get the whole Tuco Salamanca (Raymond Cruz) situation cleared up, or else deal with the wrath of the cartel and Uncle Hector (Mark Margolis). Naturally, Jimmy works a bit of magic, and then slips Mike out of the room without saying too much.
On the phone later, Jimmy talks with Kim Wexler (Rhea Seehorn). She’s still whipping up a nice deal with Rick Schweikart (Dennis Boutsikaris). Hopefully it goes well. She has been the slave girl at HHM far too long. At the same time, Jimmy’s getting ready to resign from Davis and Main. Omar (Omar Maskati) brings up a few good points, though, about the company car, et cetera, and possible payments he’d have to make. So Jimmy switches his tune proper quick.
What’s going on in the mind of James McGill? An oddly happy look in his eyes is tough to read. Well, at home, the first look of Saul Goodman comes out. After seeing one of those big inflatable men in the wind his style comes out. Lots of wild looking colours, bright ties. His whole demeanour changes, he becomes more of who he once was, back when that man in the store told him – choose, or else the world will choose for you. Even a ridiculously funny scene where Jimmy’s busted for not flushing his shits, concerned about the local “watershed” and so on. This whole sequence absolutely slayed me. It introduces us to who Jimmy will become. Plus, he’s obviously looking to be fired, or pawned off somewhere. Finally it’s the bagpipes he plays in his office that puts Clifford Main (Ed Begley Jr) over the edge. Now Jimmy’s got himself out, bonus in tact. 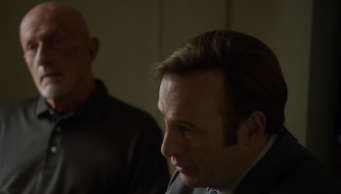 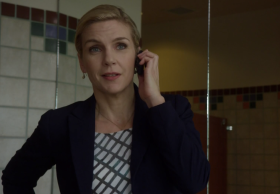 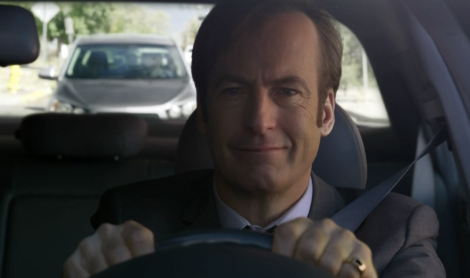 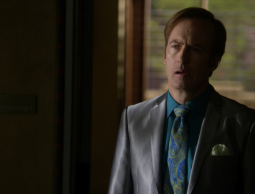 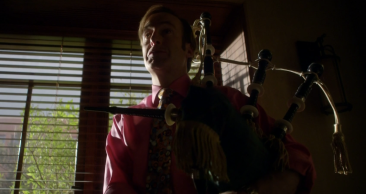 In other news, Jimmy has the idea of starting his own firm with Kim – Wexler McGill. He loves her, but also has huge faith in her skills as a lawyer. Together, they could be a force to be reckoned with, possibly. “Or we fail and we end up with nothing,” Kim quips. She still has doubts, clearly. Especially with Schweikart’s deal on the table, very enticing, very surefooted unlike this new enterprise with Jimmy. She wants his assurance that he’ll “play it straight” and not “be colourful” – he tries to pretend, then comes clean. He can only be himself. Ultimately, Kim wants Jimmy, as a lover, a friend. Not a partner in law. 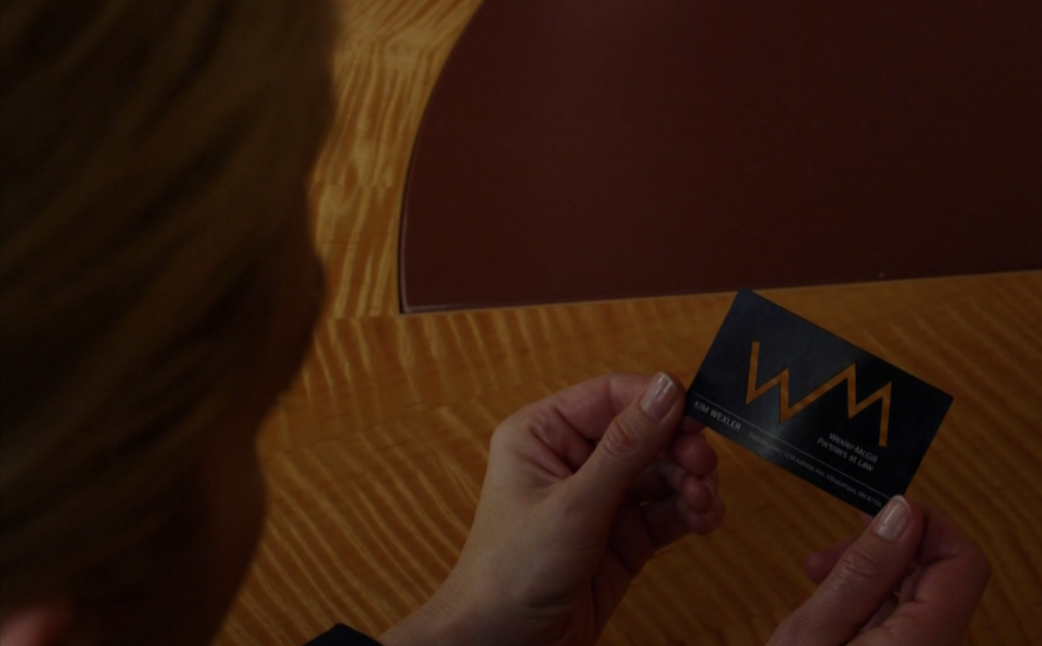 Jimmy: “I‘ve been tryin‘ to be the person someone else wants me to be for I don‘t know how long. I mean first it was Chuck, then it was you – and that’s not your fault, that was my choice. But if we‘re gonna do this, I gotta go into it as me. So, yeah. Colourful, I guess.” 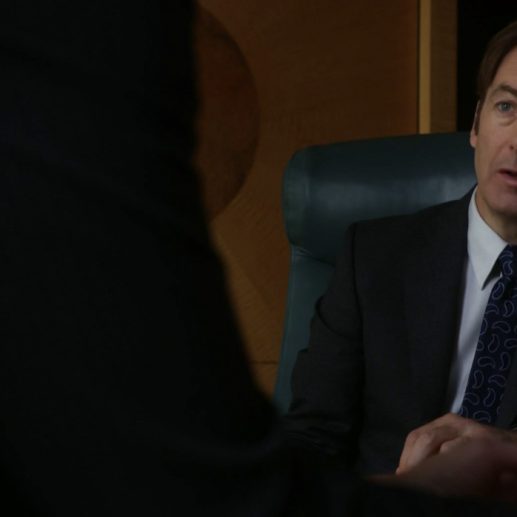 Mike’s busy trying to move daughter-in-law Stacey (Kerry Condon) into a nice place. She is very happy to be getting into a new neighbourhood, a safe place. At heart, he is a good man. An honourable one, to the fullest. Might be mixed up in some wild shit, but Mike is a decent human being. Somewhere along the line things just got complicated. Later, we find him still watching the Salamanca crew, their little diner hideout. What’s he planning?
Back at the nail salon, Jimmy is moving things in, including his cocobolo desk from Davis and Main. “Onward and upward,” he says to Omar. But without Kim and the supposed new firm, where does Jimmy go next from here? Somewhere colourful, no doubt. He starts to record a voicemail message for himself, one to lure people into believing he’s got an actual office. It’s going to something more for him to break through this way.
And Kim is meeting with Schweikart and his people. They seem fairly impressed with her, especially Rick himself, who eyes her with both admiration and maybe something else. Regardless, they’re all happy with her interview. Even after she calls Rick by the name of Howard. There’s something else going on with Kim, too. The relationship she has with Jimmy has an odd sort of stranglehold on her.
She rushes over to the salon quick. He is happy as a clam being on his own again, even if in the back o a nail shop. Then Kim reveals her decision to go “solo practice” and it catches Jimmy off guard. She proposes they find a space together, just practice law separately. A-ha. Although, it doesn’t seem to be exactly what Jimmy had hoped. It’s still good, all the same. 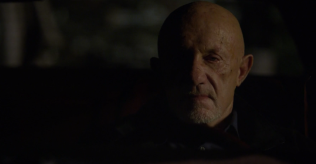 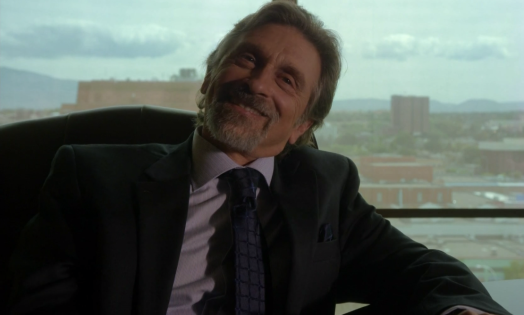 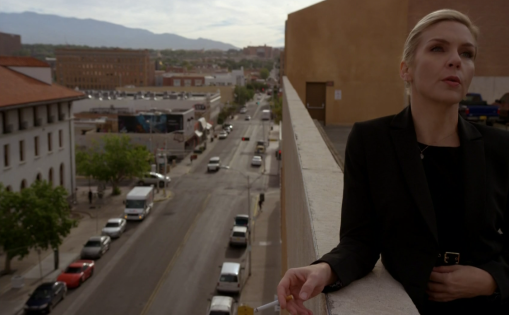 Nice episode that’s heading towards something big. What can we expect from Mike’s situation? And how much more of Saul Goodman is going to peek its head from under the disguise of Jimmy McGill? We’ll see in the next episode, titled “Fifi”, so stay tuned with me, fellow fans.